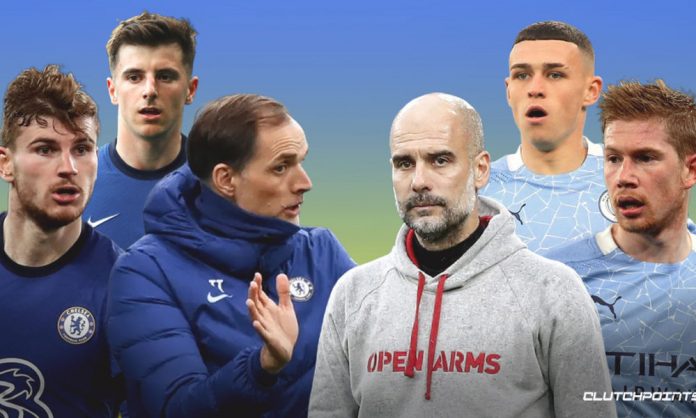 Chelsea has officially pulled off the unthinkable after securing a 1-0 victory over Premier League rivals Man City in the Champions League final on Saturday night in Porto.

It was a tremendous performance from Thomas Tuchel’s side, who played with tons of heart and attacking prowess against the Citizens. Chelsea broke the deadlock just before the halftime whistle after Mason Mount linked up with German Kai Havertz for a classy finish to give his side the lead.
City meanwhile, struggled to muster up any opportunities in the final third until the last few minutes of the tie. The heart of their midfield in Kevin De Bruyne also left midway through the second period with an apparent eye injury which didn’t help City’s case, either.
Chelsea was a huge underdog heading into this clash, but they did have success against Pep Guardiola’s men this term. The Blues beat the on two separate occasions in the FA Cup and in league play.
For Chelsea, this is their first Champions League title since 2012 when Didier Drogba led the squad to a heroic victory over Bayern Munich. Man City meanwhile, fell short of European glory once again. For Guardiola, he’s still failed to lift the prestigious trophy with City since winning it twice with Barcelona more than 10 years ago.
Congratulations to Chelsea for a tremendous showing.