HomeBusinessGames Inbox: Will Zelda: Breath Of The Wild 2 be at E3...
BusinessGeneralScienceTechnologyWorld News 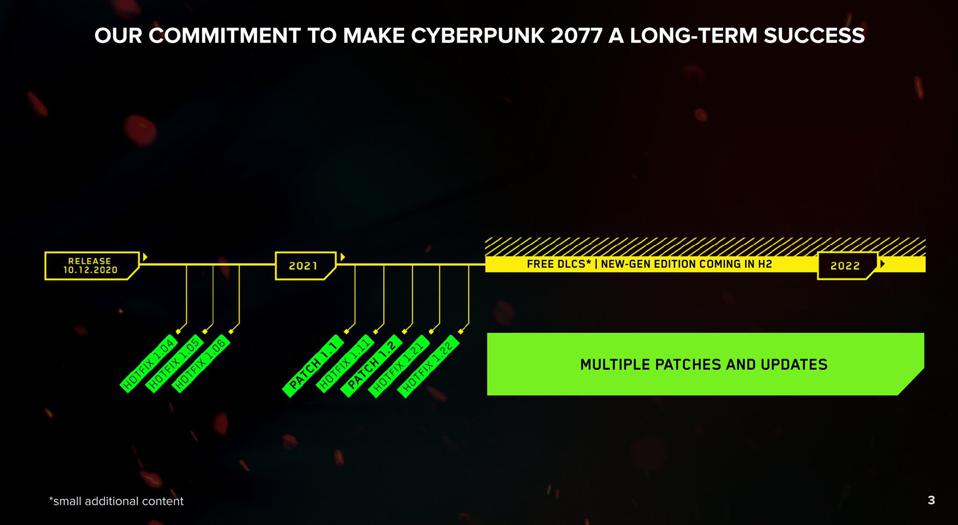 Zelda: Breath Of The Wild 2 – will it be at E3? (pic: Nintendo)The Thursday Inbox is not convinced by Sony’s cross-gen policy for PS4 and PS5 games, as one reader laments CD Projekt’s map-making skills.
To join in with the discussions yourself email gamecentral@metro.co.uk
That’s so NintendoSo either every leaker ever is wrong and there is no Switch Pro or Nintendo is going to keep pretending it doesn’t exist right up until the second they admit it does? I know this is just the way they roll but I don’t remember it ever being this weird, where everyone thinks they know something and Nintendo isn’t budging at all.
Why is it I get the feeling they won’t announce the Switch Pro after all? I could see them not doing it either because of stock issues or just… perversity. Wasn’t there that story about the Zelda Netflix show where they cancelled everything because Netflix leaked news of it, and they were furious. That is an extreme reaction and probably hurt Nintendo more than Netflix, but they did it anyway.
I guess we’ll see either way soon enough, but I am reasonably confident of seeing Breath Of The Wild 2 at E3. If there is no Switch Pro then Nintendo will know they’ve got a lot to do to impress people and a new Zelda is the best way to do that. That plus Donkey Kong and Bayonetta 3 are my guesses. A good line-up but not so massive as to be unbelievable. We’ll see if I’m right a week on Tuesday!Cola King
Early bird buyerIn relation to the query on how and why Sony are able to manufacture double the amount of machines to that of the Xbox I did see a report on Eurogamer, back before the consoles were initially fully announced, that explained the expected jam in production. The semiconductor shortage was already under way then – though not as severe as we currently have – and the general gist of the story was that this was going to be a fairly big issue for both companies.
It predicted shortages for both consoles, as the production lines were filled with lots of other stuff, the coronavirus shut down had delayed all production worldwide, and chip yields were also down. The biggest issue facing Microsoft though was the fact that both consoles were using parts supplied by the same manufacturers and that not only had Sony got in a little earlier, but they could also commit to far larger orders than Microsoft due to far higher expected sales.
The previous provable sales levels from the outgoing gen also played a major part on who got onto the production line first and for how long, with the company with the track record of 100 million+ units given more leeway than the one with 30 million.
My personal opinion is that I think it ridiculous that you launch a console and still, six months after launch, there are no proper exclusives available. I have both machines but most of my time has been spent on the PlayStation 5 because of this simple fact.Matt
Road to nowhereHas anyone seen the new roadmap for Cyberpunk 2077? What a mess it’s become. Creative directors leaving, a massive lawsuit, and a massive downgrade on the profits too. Maybe all these delays recently are a direct result of Cyberpunk 2077’s release state.
I’d be happy if no other game was released like this, and we get some quality finished games that don’t require endless patches.Cheech762 (gamertag)
GC: We can only assume that CD Projekt are really bad at orienteering.

That’s not a map (pic: CD Projekt)E-mail your comments to: gamecentral@metro.co.uk
Actually UltimateI didn’t say that Virtua Fighter 5 quest mode was DLC, just the cosmetic stuff is. But since it was all in the same paragraph I see where it got muddled.
I can’t say the DLC is good value either. Most of it is things from the old game. Which is about 10 years old. Sell new stuff sure, but don’t take out what was there to sell as extras.
There was one other thing about the game that was unnecessary. The constant streaming of other players games to the main menu. I found no option to switch it off. Also, the game itself made the PlayStation 4 fan spin so loud I’m surprised it wasn’t blasted off the shelf.
Anyway, it’s a nice day and there’s always something else to do.Handsome Dan Wolfshead
GC: You’re perfectly right that the lack of content is disappointing, but we do feel the PS Plus angle and the niche nature of the franchise excused it. We’d much rather have an Actually Ultimate Edition though.
Skies Of Arcadia: The MovieI know it’s been more than a hot minute since it debuted on Netflix, but did anyone see Shadow & Bone? I guess it represents Netflix’s most serious attempt at replicating the success of Game Of Thrones. Even though the very existence of streaming services such as Netflix have made a hit of that scale impossible to repeat now.
Well, I personally enjoyed it. It was the shadier characters that were the most compelling, Kaz the nightclub owner and his crew. Why am I talking about it here? Does anybody else see the striking similarities to Skies Of Arcadia? There is a huge wall of black smoke that covers an entire country’s border that is very similar to the Dark Rift in Arcadia. It’s not quite as impenetrable in Shadow & Bone and is the product of a man-made disaster rather than a natural one. The villain is even a lot like Lord Galcian!DMR
GC: OK, but are there any flying pirate ships?
Lengthy shortagesWith all the speculation (which is becoming increasingly specific) about the Switch Pro, I wondered what GC think the demand for the console will be – thinking specifically about whether it’s likely to lead to the same stock shortages and ordering frustrations that have soured the launch of the PlayStation 5 and Xbox Series X for so many people?
I know there are so many variables in terms of how many Nintendo can produce, the price and any games that might launch alongside it. But although a Switch Pro should be really exciting, at this stage it fills me with a sense of dread that we might have a repeat of the situation with Sony and Microsoft.
Instinctively, do you think this will be more akin to a new console launch (i.e. difficulty getting one initially) or similar to previous upgrades where there is demand, but never so much that it outpaces supply?Needlemouse91
GC: We think there’s a good chance it will be very similar to the current next gen situation. In fact, given the announcement yesterday, we’d say the chances of them not announcing it this month, because they can’t make enough in time, have increased.
Country agnosticThat Sony guy trying to defend their track record on Japanese made game by talking about Gran Turismo is completely missing the point and he knows it. There’s nothing Japanese in Gran Turismo more than there is American in Forza Motorsport or French in Microsoft Flight Simulator. They’re simulators, they don’t have stories or personalities or anything that could identify a country of origin (that’s not a dig, that’s just how they are).
People want more Japanese games because they look and feel completely different to Western ones. I worry that Sony wants to keep them out for exactly the same reason.Finnegan
More: Gaming

Across the generationsI really do not understand what Sony is doing with all these cross-gen games. If it didn’t want to give up on the PlayStation 4 then why did it release the PlayStation 5? It’s not that it couldn’t have done with a delay to build up some stock and better games. But now almost everything for the first year (two years?) is going to held back by last generation tech.
Everyone laughed at Microsoft when they said no Xbox Series X exclusives for the first two years (little did they know they mean no exclusives on anything!) but for some reason Sony decided to copy them, despite everyone initially praising them for having the opposite approach. And then Sony basically ditch Japanese development as well, as if they’re literally trying to turn themselves into Microsoft – even their approach has always been more successful. I just don’t get it.
The only thing everyone agrees they should’ve copied is Game Pass and that’s the one thing they apparently won’t touch. I wish I understood what Sony was going for at the moment because it all seems very random. I know the PlayStation 5 is selling out and everything but I do wonder what’s going to happen when both consoles are easily available and the Xbox has some decent exclusives.Taylor Moon
Inbox also-ransThere’s no doubt about it. When the coronavirus is over, and it’s finished being built, I am visiting the Nintendo museum. Between that and Super Mario World it’s the perfect excuse to go back to Japan!Olae
The news you reported that the Battlefield reveal was this Thursday (3rd June) got me all excited until I saw the reveal trailer you added to the story which said it was on the 9th June. All I can say is your lucky I don’t have Nintendo’s team of lawyers.Wallace
GC: We’re sorry about that. There is a reason we got the dates mixed up but… we can’t tell you.
This week’s Hot TopicIt’s the start of E3 next weekend, so for this week’s Hot Topic we ask the obvious question: what do you hope and expect to be announced?
Hope and expectation are likely two very different things, this year in particular, but what do you think is likely to revealed, or shown in detail for the first time, at E3? What are you most excited about seeing and why?
What big announcements would you predict in terms of new hardware, company team-ups, or new services or price drops?
E-mail your comments to: gamecentral@metro.co.uk
The small printNew Inbox updates appear every weekday morning, with special Hot Topic Inboxes at the weekend. Readers’ letters are used on merit and may be edited for length and content.
You can also submit your own 500 to 600-word Reader’s Feature at any time, which if used will be shown in the next available weekend slot.
You can also leave your comments below and don’t forget to follow us on Twitter.