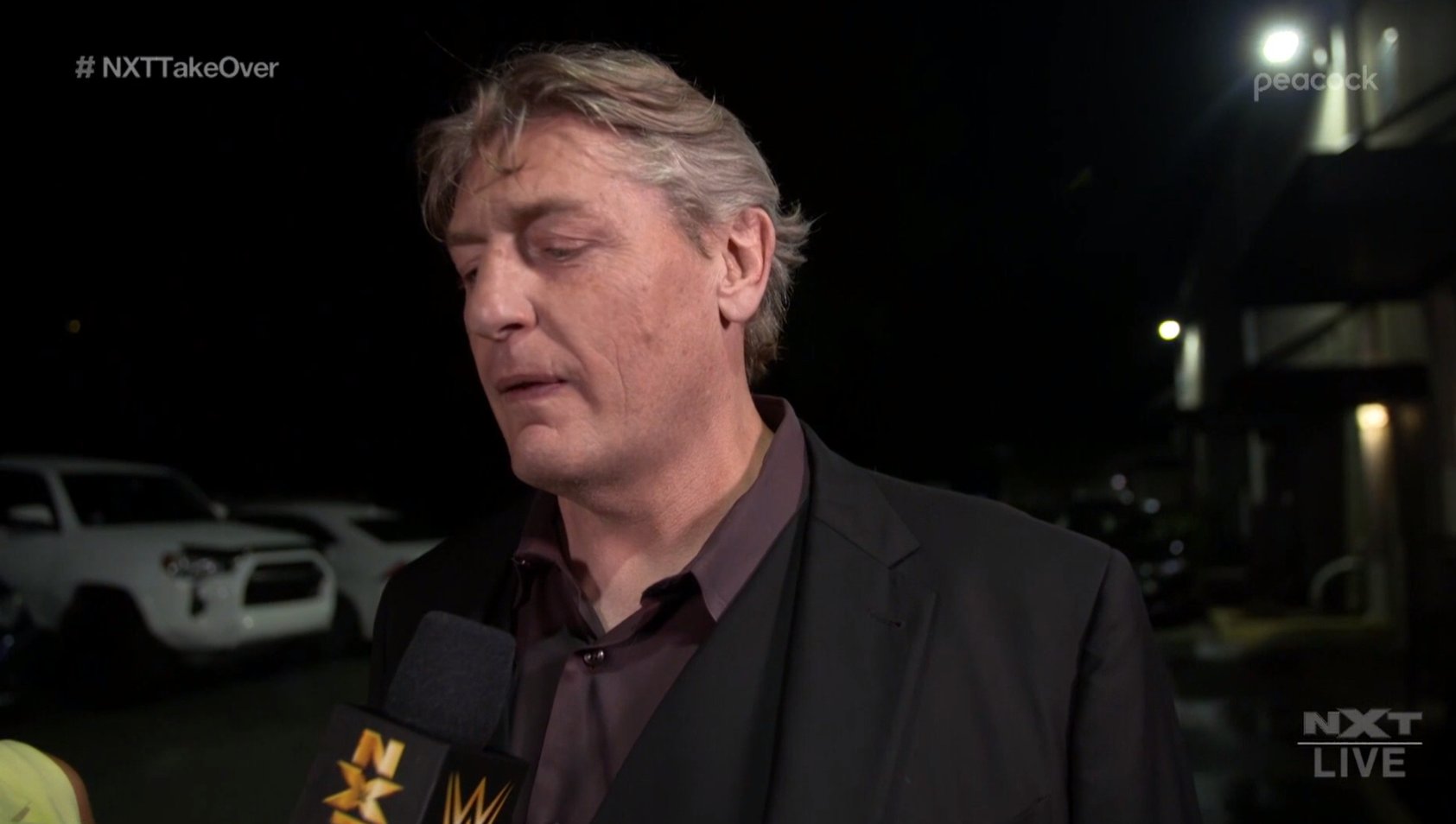 Is the Blackpudlian on his way out of NXT? (Photo: WWE)William Regal dropped a massive hint about his NXT future at the end of NXT TakeOver: In Your House.
The WWE British wrestling legend has been at the helm of the black and gold brand for seven years now, but the General Manager suggested he could be ready to move on after a wild and chaotic few weeks.
Asked about his thoughts as the show went off the air, he teased: ‘It’s been seven years since I became the GM of NXT and I’ve never seen so much bedlam. It’s complete madness.
‘I think it’s time for a change.’
Of course, there is no confirmation yet about what exactly this means for Regal, who has been a huge part of the brand for a long time now.
Fans are hoping this isn’t the end, with plenty jumping to social media as TakeOver went off the air.
One wrote: ‘End of the show has Regal saying it’s time for a change at NXT, please do not take Regal away as GM’.
Another said: ‘Please do not tell me that was regal leaving as GM (sic)’
And another quipped: ‘Nah cause who hurt regal cause i just wanna talk. (sic)’
The show ended with a wild main event that saw Karrion Kross retain the NXT Championship when he choked out Kyle O’Reilly.
The fantastic bout also included Adam Cole, Pete Dunne – a favourite with the live crowd at the Capitol Wrestling Center – and Johnny Gargano, but none of the challengers could take the gold away from the champ.
More: US TV news

Elsewhere, Raquel Gonzalez retained her title despite the best efforts of Ember Moon, and the Winners Take All match saw MSK and Bronson Reed hold onto their championships against Legado del Phantasma.
Fans also saw Xia Li beat Mercedes Martinez before Mei Ying attacked the latter and threw her off the stage.
And in a fantastic Ladder Match, LA Knight overcame Cameron Grimes to win Ted DiBiase’s legendary Million Dollar Championship.
If you’ve got a celebrity story, video or pictures get in touch with the Metro.co.uk entertainment team by emailing us celebtips@metro.co.uk, calling 020 3615 2145 or by visiting our Submit Stuff page – we’d love to hear from you.
For more stories like this, check our entertainment page.
Follow Metro.co.uk Entertainment on Twitter and Facebook for the latest celeb and entertainment updates. You can now also get Metro.co.uk articles sent straight to your device. Sign up for our daily push alerts here.