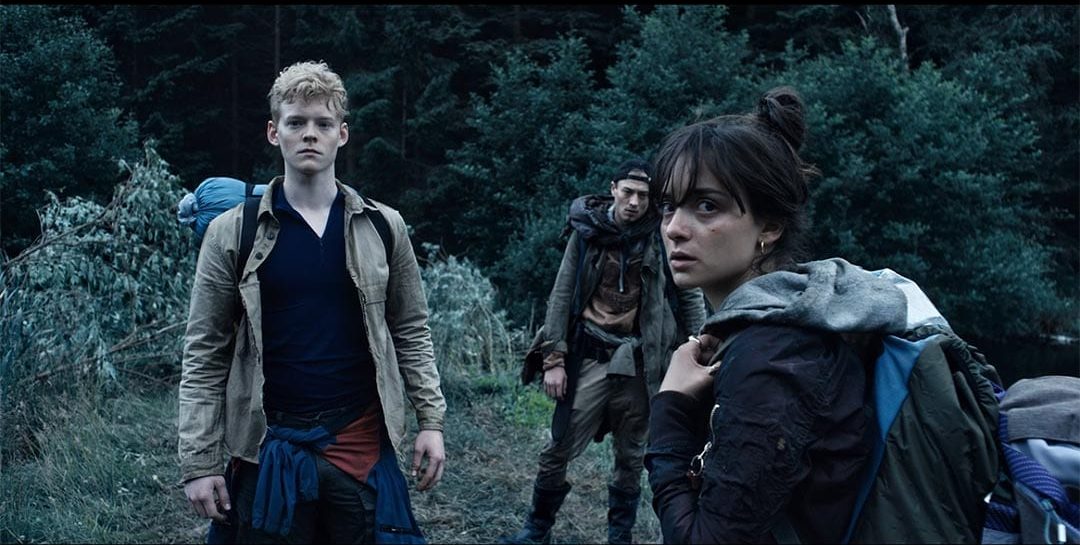 Shadow and Bone is one show to add to your list (Picture: Netflix)If you’ve just finished binging Sweet Tooth and are looking for another series to watch while you wait for season 2, we’re here to help.
Sweet Tooth, based on the comic book series of the same name, follows the tale of a young boy called Gus (Christian Convery), a part human, part deer hybrid child who embarks on a dangerous journey with a man named Tommy Jepperd (Nonso Anozie).
In the world of the TV show, the emergence of hybrid children came at the same time that a virus outbreak began, resulting in many people making the assumption that the part human, part animal children had something to do with it.
While it hasn’t been confirmed that the show has been renewed, it has been an absolute hit on Netflix, earning the number one spot in the UK, America, Canada and Brazil.
To tide you over, we have compiled a list of the best series for you to binge next.
Shadow and Bone
The fantasy drama features an immense cast including Ben Barnes, Jessie Mei Li, Luke Pasqualino, Archie Renaux and Zoe Wanamaker.

Shadow and Bone features an impressive cast (Picture: Netflix)The show, an adaptation of Leigh Bardugo’s YA book series, follows Alina Starkov (Jessie), as she’s recruited to become a soldier in an elite magical army, known as Grisha.
When she joins forces with a man who possesses the polar opposite of her abilities, however, she realises that she can’t trust everyone, and it’ll take everything she’s got to save her people.
Raising Dion

See also  The Weeknd and Ariana Grande Team Up for Another Song!!!

Raising Dion follows the story of a child with powers (Picture: Netflix)Following Marvel’s announcement that it was moving to Disney+, Netflix began producing original superhero content.
Raising Dion was one of Netflix’s new original programmes, focussing on a seven-year-old boy with special abilities and a group that wanted to use him for them.
Dion (Ja’Siah Young) is raised by single mum Nicole (Alisha Wainwright), who aims to solve the mystery surrounding his powers while trying to keep them a secret. So far there is one season, with the second on its way.
The Rain

The Rain follows the story of a virus (Picture: Netflix)The intriguing and disturbing premise of a fatal virus spreading through rainfall is explored in Netflix’s Danish series The Rain.
Characters Simone (Alba August) and Rasmus (Lucas Lynggaard Tnnesen) – like Gus in Sweet Tooth – start on a mission to find a parent while also trying to shelter from the deadly virus.
Some have praised the show’s pace and character development, while others have panned it for speeding the storyline in future seasons. There are three seasons of the programme.
The Shannara Chronicles

The Shannara Chronicles has a blend of magic, animals and intrigue (Picture: MTV)The Shannara Chronicles is an adaption of the novels Sword of Shannara by Terry Brooks.
While it only lasted for two seasons, the show’s blend of magic, animals and intrigue will be familiar to Sweet Tooth viewers.
Wil, a half-human/half-elf who is the last of the ancient Shannara line, is played by Austin Butler. He’s meant to protect the Four Lands from a demon invasion using the Elfstones.
The elf princess Amberle (Poppy Drayton), the human thief Eretria (Ivana Baquero), and the last druid Allanon help him (Manu Bennett).
Once Upon a Time

Magic is weaved throughout Once Upon a Time (Picture: Walt Disney Television via Getty)There are seven seasons of this hit show, meaning you won’t have to worry about running out of episodes for a while.
One Upon a Time follows Emma Swan (Jennifer Morrison), whose misfortunes lead her to a little town in Maine where fairy tales are to be believed. She is the long-lost daughter of a king, and she must save her community from an evil queen’s curse.
The show features a large cast and focuses on numerous characters within each episode. Viewers get to meet the likes of Snow White (Ginnifer Goodwin), Belle (Emilie de Ravin), Mad Hatter (Sebastian Stan) and many more.
Stranger Things

Stranger Things is filled with supernatural activities (Picture: Netflix)While Stranger Things needs no introduction, there are still some people who haven’t watched the hit show. If you’re a fan of Sweet Tooth, you’re sure to like this.
Featuring the likes of Winona Ryder, David Harbour, Finn Wolfhard and Millie Bobby Brown, the show follows a group of young friends who see supernatural forces and covert government activities in 1980s America.
They uncover a succession of amazing mysteries as they search for answers.
Season three of the show ended with so many questions, and yet, it’s been over a year with only small teases and sparse pieces of news.
As fans patiently wait for season four to hit their screens, the first three are available on Netflix.
Shadowhunters

Shadowhunters has had a cult-like following (Picture: Freeform)The supernatural drama premiered in 2016, going on to win a clutch of awards including the GLAAD award for outstanding drama series due to its inclusive representation of the LGBTQ+ community.
Sadly the series ended in 2019 after three seasons, despite a massive fan campaign to save the show that even reached buses in London, not to mention a Change.org petition.
More: Netflix

Nevertheless, it’s still a great watch. Based on the young adult fantasy series The Mortal Instruments by Cassandra Clare, Shadowhunters follows teenager Clarissa ‘Clary Fray’ Fairchild (Katherine McNamara).
Clarissa finds out on her 18th birthday that she is actually descended from a line of human-angel hybrids known as Shadowhunters, who hunt down demons and protect humans from them.
Got a story?
If you’ve got a celebrity story, video or pictures get in touch with the Metro.co.uk entertainment team by emailing us celebtips@metro.co.uk, calling 020 3615 2145 or by visiting our Submit Stuff page – we’d love to hear from you.