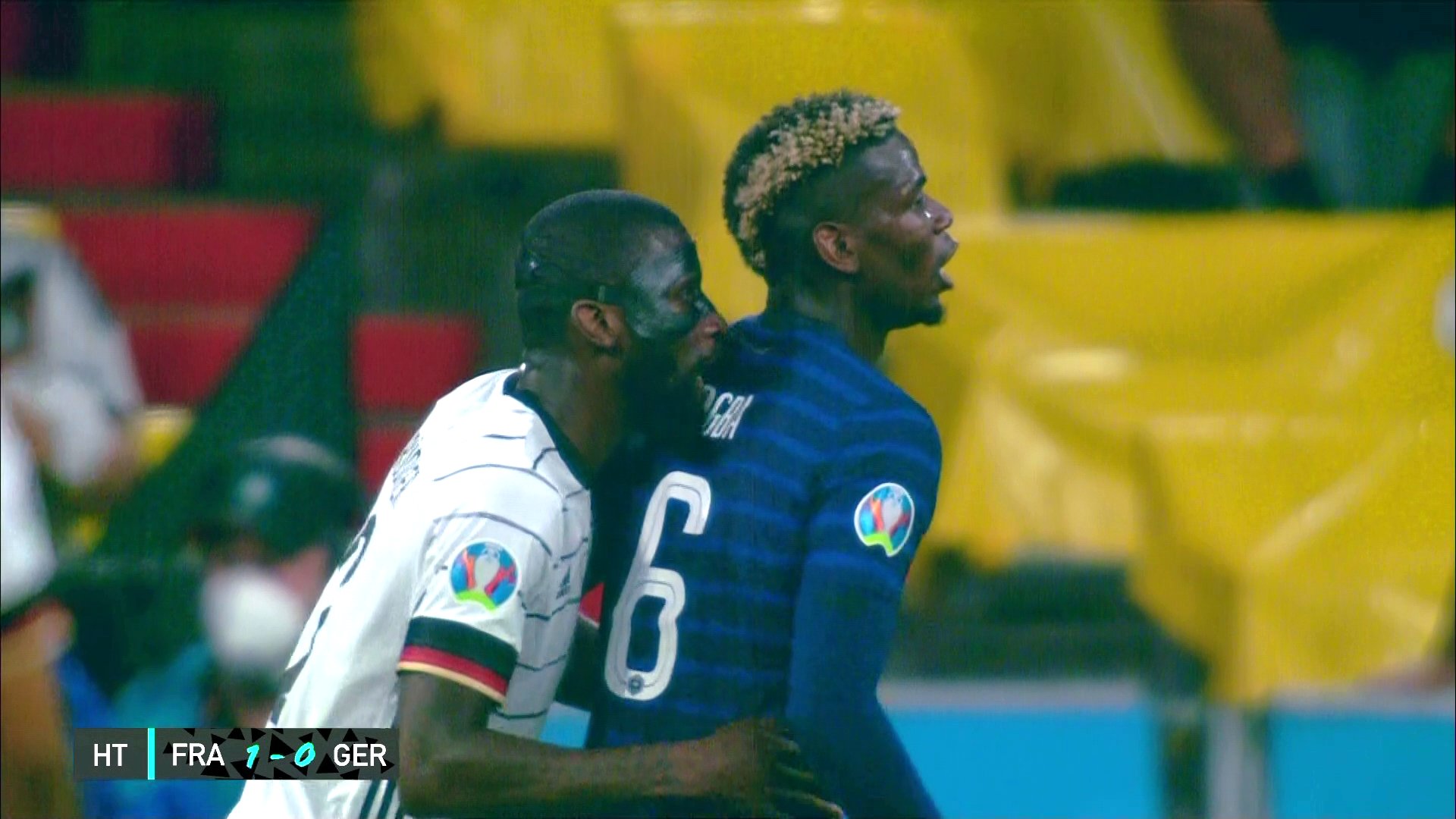 Antonio Rudiger bit Paul Pogba during France’s win over Germany at Euro 2020 (ITV)Paul Pogba has played down Antonio Rudiger’s bite following France’s win over Germany at Euro 2020 and has called on UEFA to not suspended the defender over the incident.
France made a positive start to their Euro 2020 campaign as Mats Hummel’s first-half own goal sealed a 1-0 victory at the Allianz Arena.
But Rudiger caused controversy before the break after he was caught biting Pogba when they were together off the ball.
The Manchester United midfielder complained to Spanish referee Carlos del Cerro Grande, who took no action, while VAR did not appear to review the incident.
And Pogba is keen for the Chelsea centre-back to avoid punishment.
‘In terms of Tony, we’re friends. There was nothing big,’ Pogba, who was named man of the match, said after the game.
‘I think you saw the television pictures, this is all over, this belongs to the past, I’m not crying for yellow or red cards because of such actions.
‘He nibbled, I think, a little bit on me, but we’ve known each other for a long time.
‘I felt it, I told the referee, he takes the decisions and he took a decision. It’s over, I just want to play football.
‘He hasn’t received any card, I think it’s better like this. It was a great match for us, for the fans, for the spectators. I don’t want him to be suspended because of such a situation. At the end of the match we hugged each other and that’s it.’

Paul Pogba is keen for Antonio Rudiger to avoid punishment for his bite (ITV)Speaking at half time, former Manchester United captain Roy Keane said of the incident: ‘I think it was more of a nibble than a bite.
‘It wasn’t a proper bite but a silly thing to do.’
More: Manchester United FC

Meanwhile, Patrick Vieira, who won the World Cup and European Championship with France, said: ‘When you see that Pogba reaction, it looks like a bite.
‘I don’t really understand what he is trying to do there.’
For more stories like this, check our sport page
Follow Metro Sport across our social channels, on Facebook, Twitter and Instagram