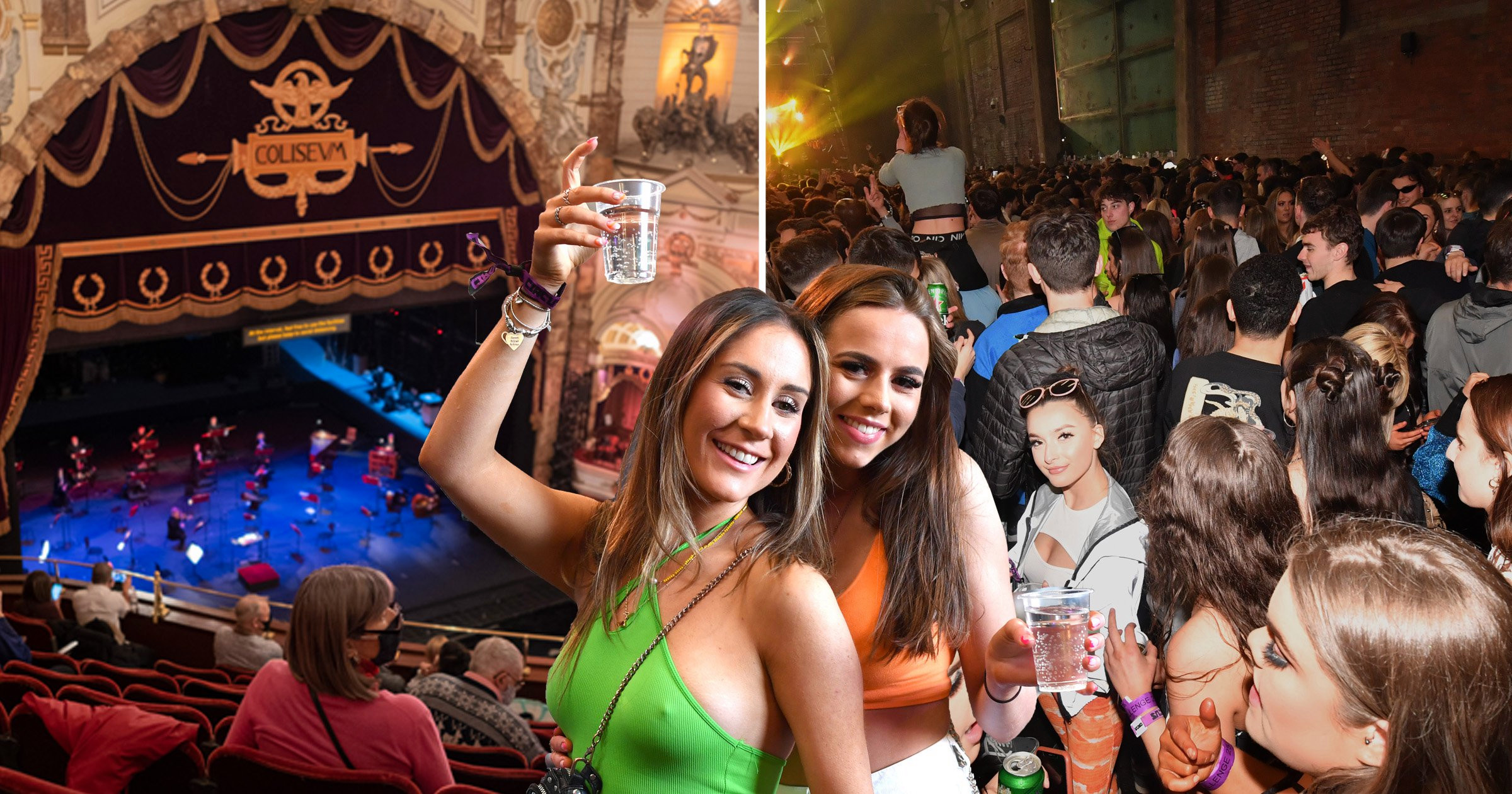 The grand reopening of nightclubs has to wait a little longer (Picture: Getty Images)Today might not be the June 21 many had hoped for, but some small rule changes have come into force as life edges one step closer back to normal.
‘Freedom Day’ – when all lockdown restrictions were due to end – has been pushed back by another four weeks due to a rise in the Delta variant.
The delay means nightclubs must stay closed until at least July 19, and a cap on gatherings remains at six people, or more if they are from two households.
Some experts have suggested the new freedom date could be brought forward to July 5 amid promising vaccine data showing nearly 60% of adults are now fully jabbed.
But this looks unlikely after senior government sources said last night that the country is ‘probably not in the place’ to lift lockdown by then.
It leaves the country marooned on Step 3 of Boris Johnson’s roadmap out of lockdown, with the fourth and final phase tantalisingly out of reach.
However, it’s good news for couples planning to tie the knot as from today, the 30-person cap on weddings will be removed.
So what can and can’t we do come Monday, June 21?
Weddings

More than 30 people are now allowed at wedding ceremonies and receptions (Picture: Getty Images)Brides and grooms-to-be breathed a sigh of relief when an exemption was made for weddings.
The limit on attendees was removed, meaning the carefully planned big days can still go ahead.
But they won’t be the full-blown ceremonies of pre-Covid times.
Food and drink must be ordered, served and consumed by guests sat at a table.
Even more significantly for some, dancing indoors is still not permitted, but the happy couple will be allowed their first dance.
Singing is also off the table and guests will be expected to stick to social distancing rules.
The number of attendees will be determined by how many people a venue can safely accommodate.
The 30-person limit on wakes will also be lifted in England from June 21.
Social events

Pubs have been packed since reopening in April, even with social distancing rules in place (Picture: Getty Images)The ‘rule of six’ is set to continue indoors now until July 19.
This means you can meet up with a maximum of six people from different households, although it can be more if your group comes from only two homes.
Pubs, bars and restaurants
Caps on numbers continues to apply in all pubs, bars and restaurants across England.
Masks will still need to be worn when you’re moving around the venue and table service remains the norm.
Care homes
Care home residents may stay overnight with friends and family from Monday.
They won’t need to quarantine for 14 days on return to their residences.
Vaccinations
First jabs are being offered to all people over the age of 18 as the country enters the home stretch of the rollout.
The UK is rushing to vaccinate its entire adult population against coronavirus so it is not hit hard by a predicted third wave.
Professor Adam Finn, on the Joint Committee on Vaccination and Immunisation (JCVI), said this weekend that ‘the race is on’ between the the vaccine programme – particularly giving second doses to older people – and the spread of the Delta variant.

Walk-in vaccination events for over-18s have been held (Picture: Hollie Adams/Getty Images)It was confirmed last week those aged 40 and over will now have their second doses brought forward from the planned 12-week interval to eight weeks.
This was previously announced for the over-50s and the clinically vulnerable, who have been offered their second dose earlier in a bid to dampen the impact of the Delta variant.
Work and travel
Working from home where possible continues to be advised.
If you are heading into the office, face masks remain compulsory on public transport and in taxis unless an exemption badge is worn.
Sports

Roger Federer will bid for a 21st grand slam at Wimbledon (Picture: Clive Brunskill/Getty Images)Outdoor stadiums are currently limited to 25% capacity with a maximum of 10,000 fans.
But allowances have been made for the very pinnacle of sporting competition this summer.
There will be 45,000 fans in attendance at Wembley for the climax of Euro 2020 while Wimbledon’s Centre Court will play host to a full house for both men’s and women’s finals.
Why has Step 4 been delayed?
Modelling suggests that had the final easing of lockdown not been pushed back, hospital admissions could have reached the heights of the first peak in March 2020.
The number of people in England being admitted to hospitals is increasing by around 50% per week – and the figure is as high as 61% in the north-west.
The rise stems from the Delta strain becoming the dominant form of Covid, accounting for 90% of cases.
It is feared to be 40% to 60% more transmissible than the Alpha variant first detected in Kent, and appears to double the risk of hospitalisation.
The four-week postponement buys the NHS more time to deliver vaccines.
By Monday, July 19, the government hopes around two-thirds of the adult population will be double-jabbed – including all vulnerable people, all frontline health and care workers and everyone over 40.

MORE : Wedding guest number limits to be lifted from June 21 despite lockdown extension