KUWTK: Khloe Kardashian Reveals Her Brother Rob Kardashian Is Dating Someone And Opens Up About His Relationship With Blac Chyna 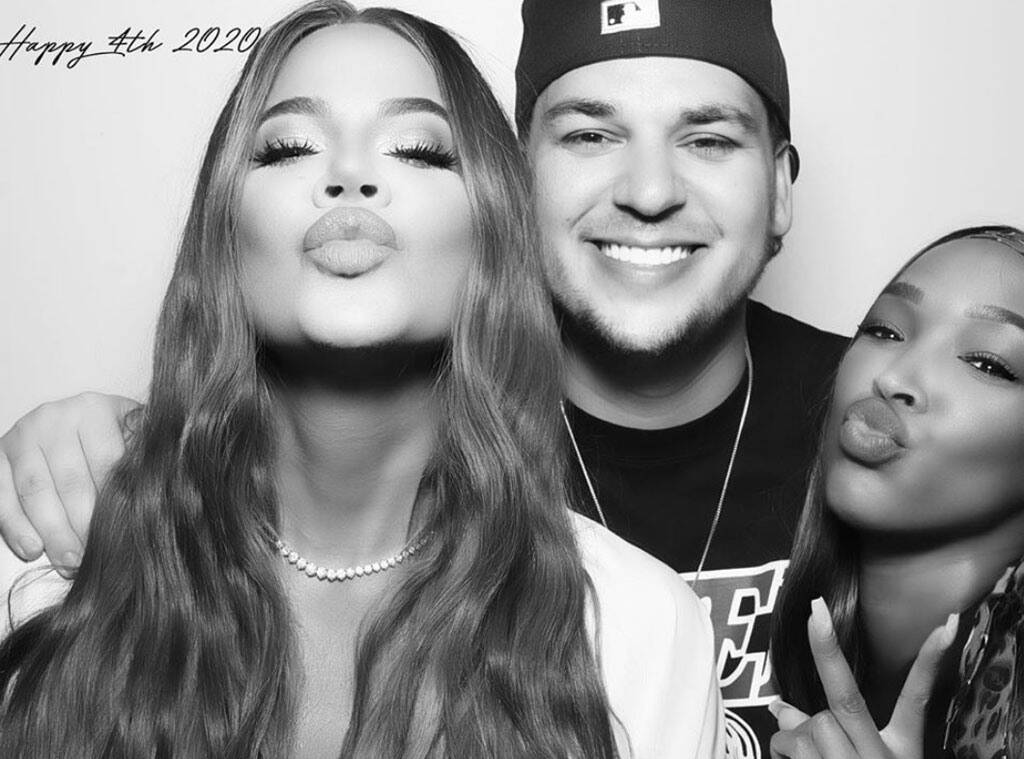 Much to the excitement of fans who miss Rob since he’s left the spotlight, his sister, Khloe Kardashian , updated them on how he’s been doing as well as on where he stands with his ex, Blac Chyna ! Here’s what she had to say! Rob Kardashian hasn’t been involved with Keeping Up with the Kardashians almost at all in the last few years, which is why he was also not in attendance on the reunion special earlier today! RELATED: Lamar Odom’s Ex Reposts Message From Khloe Kardashian’s IG Stories To Seemingly Drag Him Again! But even though he was not there, fans still wanted to hear about him, especially about his love life so Khloe Kardashian decided to take it upon herself to update people on all of it! More precisely, she talked about Rob’s relationship status as well as where he currently stands with the mother of his child, Blac Chyna. It all started with Andy Cohen pointing out that Rob has come out of hiding a little bit lately, appearing on the show as well, a few times. RELATED: Blac Chyna Addresses What It Takes To Heal And Says That Emotions Can Often Get The Best Of Us So Khloe explained the initial reason why he stepped away from KUWTK . ‘I think he just needed a break. I think that also a lot of his personal relationships really—it is not so much about physical appearance, it is a lot of how he felt about some of the women in his life and how they treated him or just how he felt that they might’ve used him to get to certain levels or areas. I think that affected him a lot, ’cause my brother is such a lover and he has the most incredible heart and personality. I know Rob’s feeling really good about himself now and he is working really hard on himself,’ Khloe dished. Then, Andy asked Rob’s family about Blac Chyna as well, noting that ‘It must be hard co-parenting with someone who is suing his entire family!’ Khloe talked about this topic as well, telling the host that ‘I’m sure it is, but we can only imagine how hard it is. I know he feels very guilty about that, so none of us make him feel bad about it ever.’ Finally, when asked if Rob is currently dating anyone, Khloe did not hesitate to offer a simple ‘yes,’ although she did not reveal who it is!