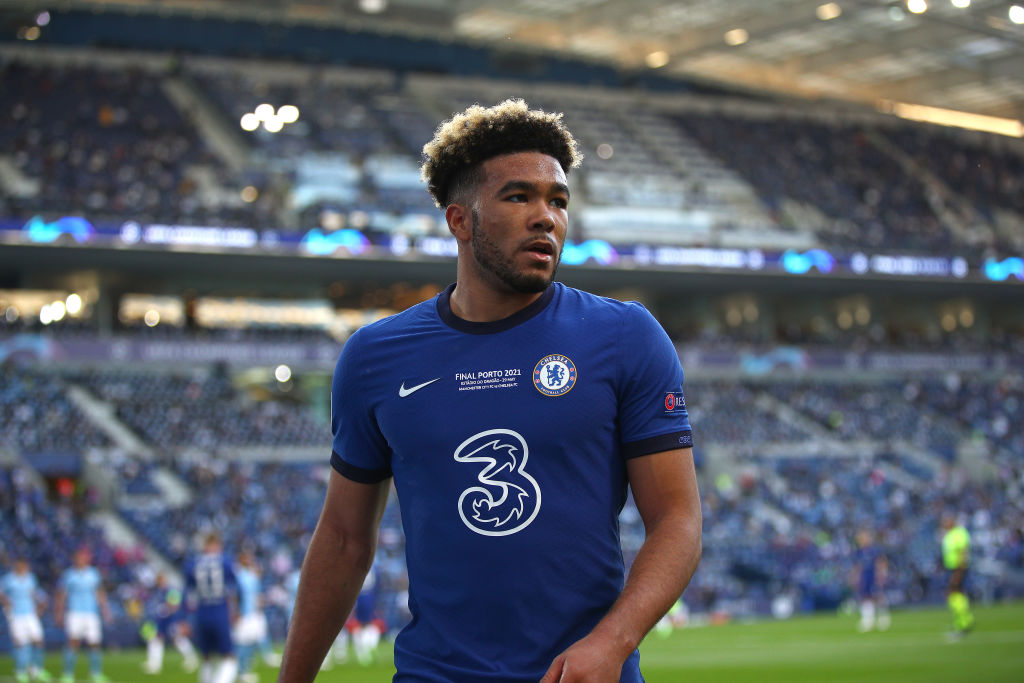 James remains an integral part of first-team plans at Stamford Bridge (Picture: Getty)Chelsea have no intention of selling Reece James following Manchester City’s interest in the full-back.
The Premier League champions are keen to sign both Harry Kane and Jack Grealish this summer but according to The Athletic, have also added James to their transfer wish list.
Chelsea’s interest in signing Inter Milan full-back Achraf Hakimi has created some doubts over the 21-year-old being a regular first-team player under Thomas Tuchel next season.
However, talkSPORT report Chelsea have told City that James is not for sale and that he remains an integral part of first-team plans at Stamford Bridge.
Speaking about his development under Thomas Tuchel, James said earlier this month: ‘When a new manager comes in and you’re not in the team straight away you have to accept the decision.
More: Chelsea FC

‘You have to work hard, try and prove to the manager that you should be playing.
‘These moments come around quite often in football, things happen so fast and I didn’t really get advice off anyone.
‘I just went into training, carried on working hard and when I got my opportunity I knew I had to take it.
‘At the start of the season we had Frank Lampard and I was very lucky to play the majority of the games under him but when our new manager came in our style of play and formation changed. It was a big learning curve.’