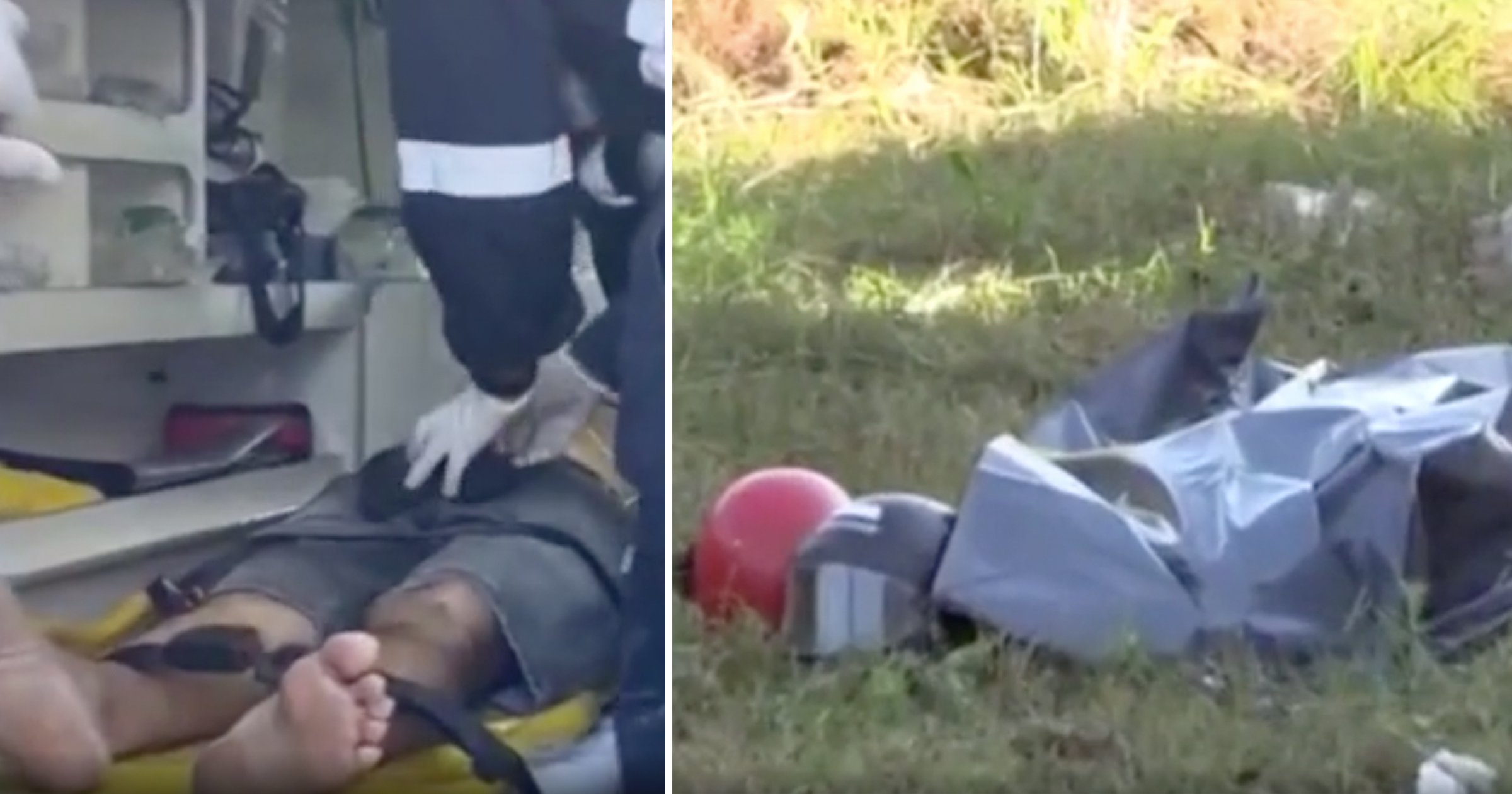 A motorcyclist declared dead by bungling paramedics following a crash in Brazil was saved by a reporter who filmed the body bag moving.
Street vendor Raimundo da Silva, 71, suddenly became unwell while riding to work in the city of Araguaina on Tuesday morning.
He collapsed and fell off the bike and emergency crews rushed to his aid.
But medics mistakenly pronounced Mr da Silva dead and placed him in a body bag before leaving the scene under police supervision ahead of the coroner’s arrival.
Moments after they had gone, officers and a reporter covering the incident noticed the bag twitching on its own.
Reporter Geovanni Pereira told news site G1: ‘When I arrived, the bag was already closed.’
The bag can be seen moving in the footage, which led to Mr da Silva being rescued.

But he was saved when police officers and a reporter sent to cover the scene noticed the bag moving (Picture: CEN)Mr Pereira added: ‘They (the cops) opened it and I saw a small bubble of air coming out of the corner of his mouth. I performed CPR on him for 10 minutes out of a gut instinct to help.’
The paramedics were called back to the scene and they took the man to hospital alive. There has been no update on his current condition.
They have since said they performed CPR on the man when they were first called to the scene.
However, they pronounced him dead ‘based on technical evaluation’.
They have said they will look over the man’s medical record to try to understand what happened.
Mr Pereira told G1: ‘We were in the right place at the right time. I think it was a miracle.’
Get in touch with our news team by emailing us at webnews@metro.co.uk.
For more stories like this, check our news page.