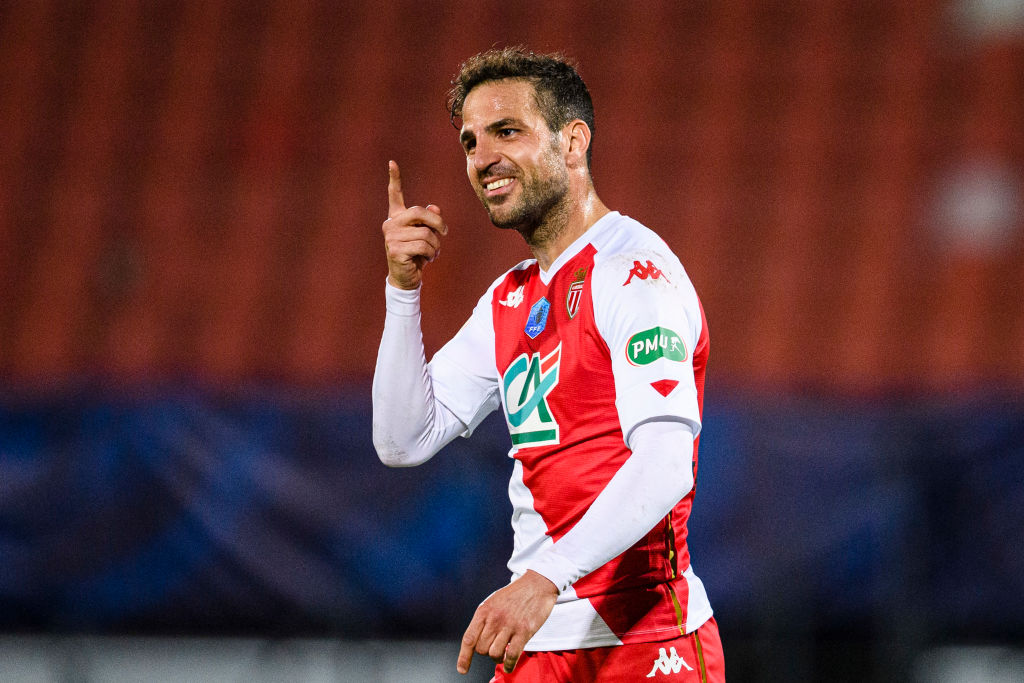 Cesc Fabregas has plans for after his playing days are over (Picture: Getty Images)Cesc Fabregas says he fully intends to go into management when his playing days are over, despite people telling him that he must be crazy to want to do it.
The 34-year-old former Arsenal, Barcelona and Chelsea star is still playing for Monaco and is under contract until the summer of 2022.
Whether or not Fabregas will extend his stay at Monaco or go on to play elsewhere is not clear, but whenever his playing days do come to an end, he has every intention of becoming a manager.
The Spaniard, who won a whopping 110 caps for his country, says he has been warned off a move into management, but it is something he has had in his plans for some time and is excited to test his mettle out in the dugout.
‘It’s something that’s been inside me for a long time, it’s something I’d like to try,’ Fabregas told talkSPORT.
‘People tell me I’m crazy because after a long career and so much pressure, going into management is maybe even more pressure!
More: Arsenal FC

‘It’s something that I like, I want to give it a go. I’m learning, studying, listening from a lot of different people and in football you always keep learning every day so I’m happy about this.’
Fabregas has made 63 appearances for Monaco since joining from Chelsea in 2018, scoring four goals in the last three seasons.
Reports have suggested that he intends to move to America to see out the end of his playing days, with Spanish journalist Guillem Balague telling CBS that Fabregas has an agreement to head to MLS with former Barcelona teammate Lionel Messi.
‘At some point, I am sure people will try to convince them to come to the MLS,’ said Balague.

Cesc Fabregas and Lionel Messi want to team up again in America (Picture: Getty Images)‘And – I can’t remember if I told you this story already – basically Cesc Fabregas wants to go to the MLS.
‘Cesc Fabregas’ wife and Messi’s wife are very good friends and they both, the wives, have convinced Cesc and Messi to go to America together.
‘So when that will happen, we don’t know yet, because of course Cesc is still at Monaco. But it is something that is in the back of the minds of both players.’