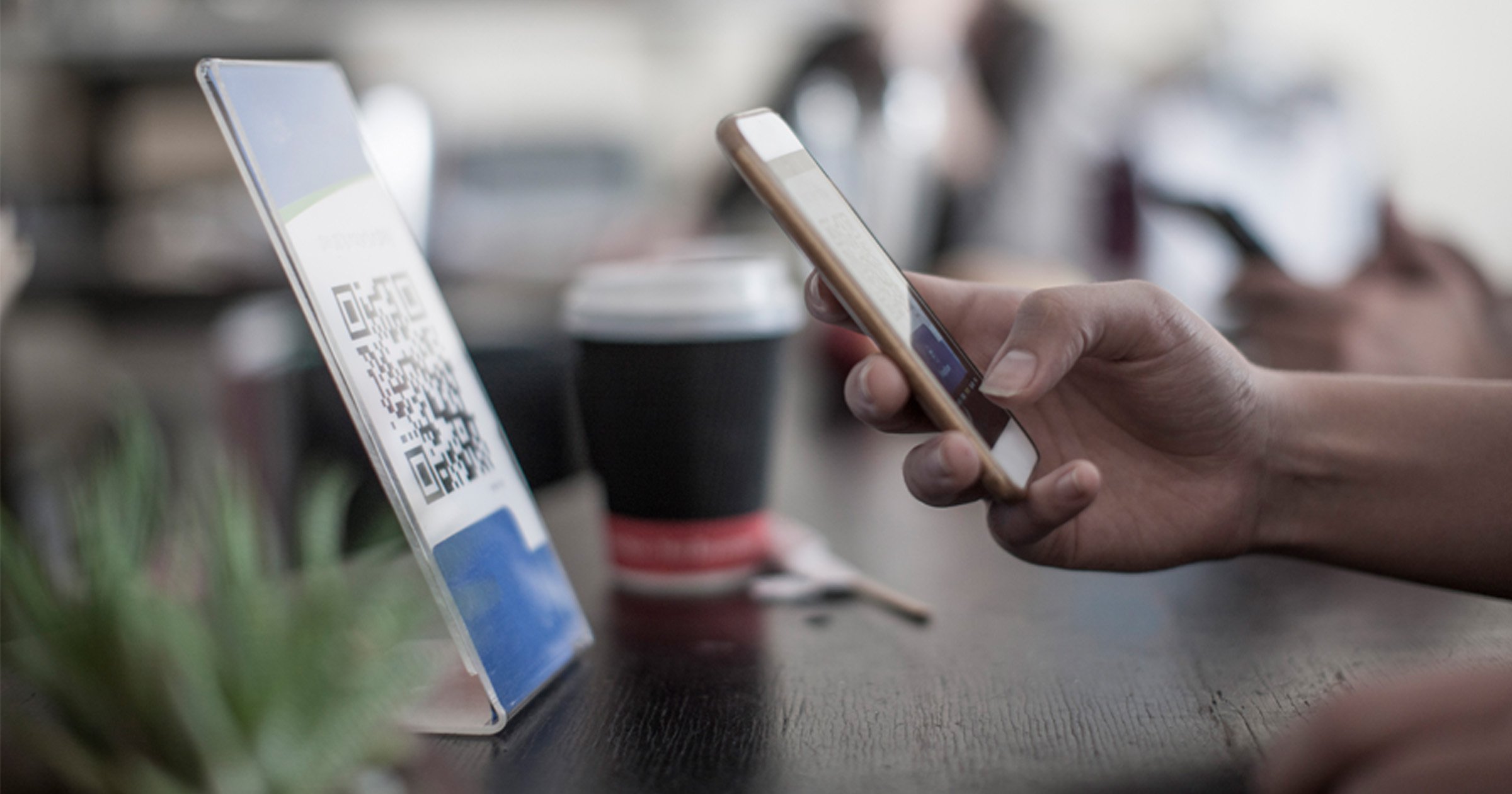 Scanning QR codes ‘will no longer be required from July 19’ (Picture: Getty)Scanning QR codes before entering bars, restaurants and other venues, will no longer be required when coronavirus restrictions end on July 19, according to reports.
At the moment, people have to scan in their details so they can be located if they come into contact with someone with Covid-19.
But this expected to end in two weeks in a change that would mean less chance of customers and staff being told to self-isolate by the NHS Test and Trace app, the Sunday Times reports.
It added ministers had heard calls from the hospitality industry to end the measures.
The trade is currently under pressure due to the Test and Trace app, which bosses said was ‘casting the net quite wide’ in terms of who it pings as a close contact of a positive case, leading to mass shutdowns venues.
Prime Minister Boris Johnson is understood to be preparing to update the nation this week on his plans for easing coronavirus restrictions in England, with multiple newspapers suggesting he believes a host of domestic measures can end on his ‘terminus date’.
According to The Sunday Times, mask-wearing will become voluntary in all settings and the one metre-plus rule in hospitality venues will end, meaning a return to drinking at the bar without the requirement for table service.
The housing secretary Robert Jenrick told Sky News’ Trevor Phillips on Sunday programme that ‘we will move to a phase where it will be a matter of personal choice’ for people to wear face masks.
Mass events, including festivals, will also be allowed under the proposals for the final stage of the road map out of lockdown, the paper said.

At the moment, people have to scan in their details (Getty)The Government also expects to receive the results of the taskforce reviews into the use of so-called vaccine passports and the future of social distancing to be made available this week, the Sunday Express said.
Separately, the newly appointed Health Secretary Sajid Javid said there were ‘compelling’ health reasons to ease lockdown measures.
Mr Javid wrote in the Mail on Sunday: ‘The pandemic has hit some groups disproportionately hard.
‘Rules that we have had to put in place have caused a shocking rise in domestic violence and a terrible impact on so many people’s mental health.’

It is hoped the move will help the hospitality industry (AP)Meanwhile, Downing Street on Saturday confirmed proposals to scrap quarantine requirements for those who have received two doses of a coronavirus vaccine are under ‘consideration’.
The Sunday Times quoted a Downing Street source who said that while modelling predicted that unlocking would lead to more cases, the success of the vaccine rollout meant the Government was ‘confident there will be no risk of additional pressure on the NHS’.
The possibility of a wholesale easing of restrictions will come as a blow to senior doctors, who had petitioned for some measures to remain in place to arrest the ‘alarming’ rise in Covid-19 cases in England.
Asked about the reports of lockdown easing, a Downing Street spokeswoman said: ‘No decisions have been made but more details will be set out soon.’
Get in touch with our news team by emailing us at webnews@metro.co.uk.For more stories like this, check our news page.

Facebook
Twitter
Pinterest
WhatsApp
Previous articleRua Do Medo’ Netflix Horror Film Premier Details
Next articleJoe Giudice Has Fun On Luxury Yacht In The Bahamas After Deportation – Can He Return To The States Yet?