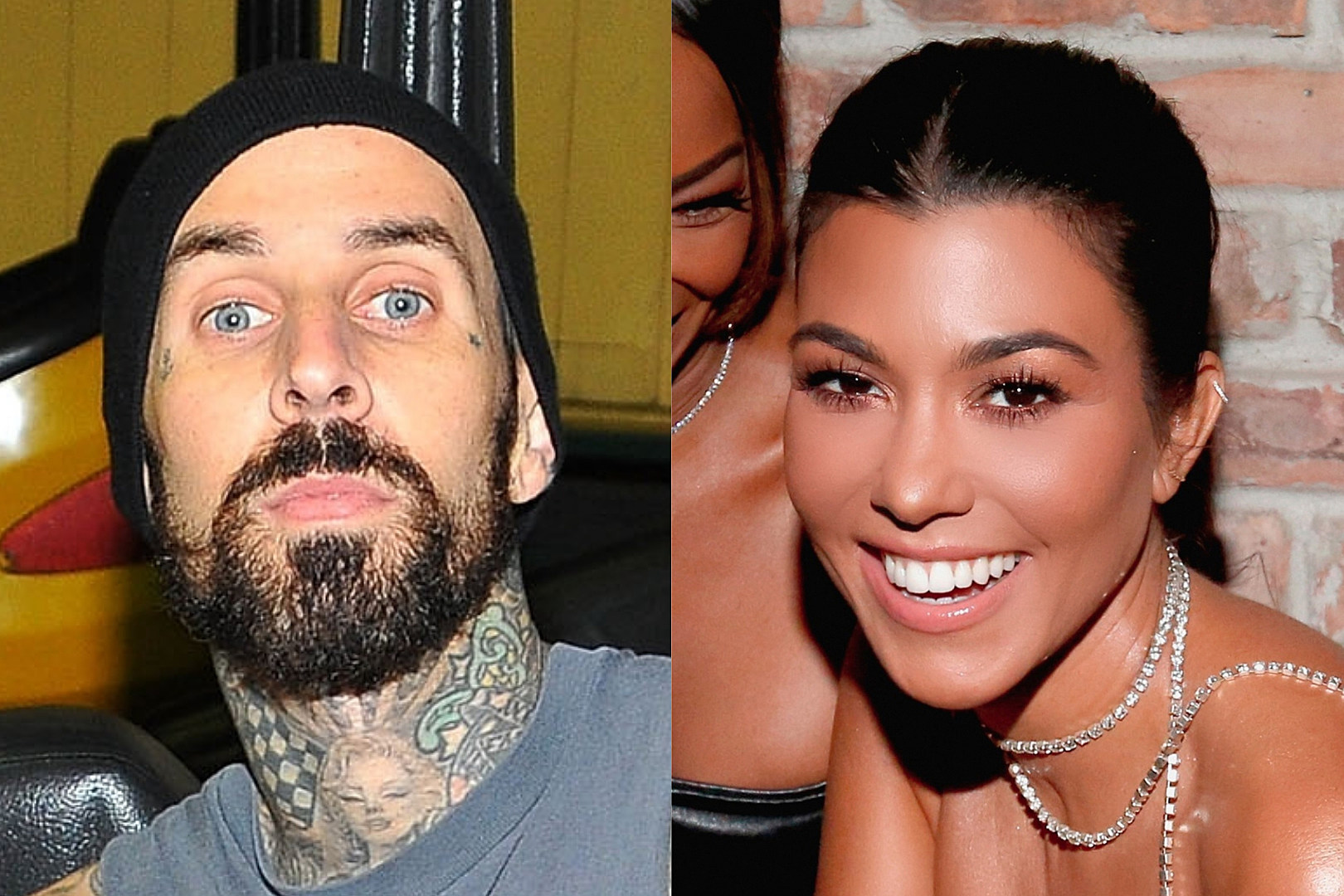 Kourtney Kardashian ‘s current beau, Travis Barker , took to social media to celebrate her 42nd birthday in an epic way and he also shared some PDA-filled pics and clips of the two of them! Check them out here! It really looks like the Kardashian and her man are really in love and they are not afraid to show it off publicly! RELATED: Inside Scott Disick And Younes Bendjima’s Tense Run-In At Kris Jenner’s Christmas Bash! That being said, on her special day, Travis shared some of their most steamy memories caught on camera, including a pic of them making out and a clip of her sucking on his thumb. Alongside these photos and videos, the Blink 182 drummer paid tribute to his girlfriend on her 42nd birthday, writing in the caption: ‘I F***ING LOVE YOU! YOU ARE A BLESSING TO THIS WORLD. HAPPY BIRTHDAY.’ The very first picture shows Kourt sitting on Travis’ lap while they share a passionate kiss. RELATED: Jameela Jamil Slams Kim Kardashian For Her Response To Prompting Weight Loss Ads On Social Media The second one is even more romantic, showing the couple in the backyard beside a fire pit and in a comforting embrace. Another snap was a close up of their hands touching, one of him touching her ankle, her legs in full view, while the last was a short clip of the Kardashian sucking on his thumb! But that was not the only way he celebrated her. Earlier in the day, both of them showed off the massive flower arrangement, complete with some flowers floating above while hanging from the ceiling, which Travis surprised the birthday girl with. Kourtney explained that ‘Tulips and gardenias are my favorite flowers. My entire house smells yummy.’ It looks like the two had a romantic date night as well since she also posted a snap of Travis’ hands, driving to a destination. Sure enough, a third pic shows a dessert and the plate reads: ‘Happy Birthday Kourtney’ written in what seems to be chocolate syrup.

See also  Bill Gates Confesses To Cheating On His Wife Of Nearly 3 Decades Amid Divorce And No One Is Surprised!