The Talk needs to bring in ‘the right host’ to improve ratings, expert says. 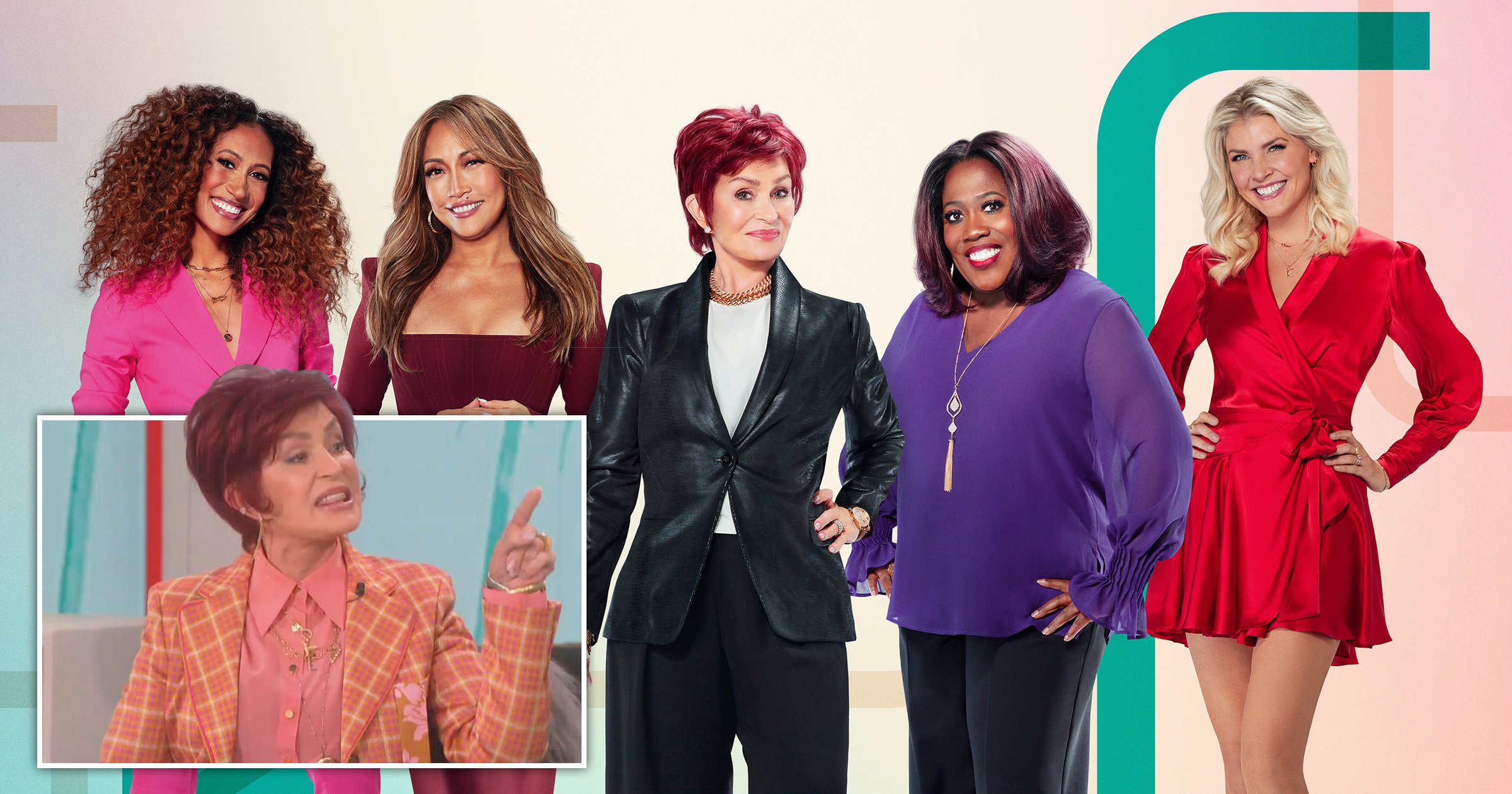 Experts say The Talk bosses will have to find the right host to replace Sharon Osbourne and boost ratings (Picture: Randee St. Nicholas/CBS via Getty Images)The Talk will have to be ‘strategic’ with their replacement for Sharon Osbourne in order to combat its ratings slump, according to a damage control expert.
The CBS talk show returned to air on April 13 as it continues with Sharon following her racism row with Sheryl Underwood, however, the series suffered a massive slump – becoming the lowest-rated daytime show.
PR expert Eric Schiffer, Chairman of Reputation Management Consultants, believes that numbers were expected to take a hit due to the nature of the show’s break, but the network will have to find ‘the right host’ to get back on track.
He told Metro.co.uk: ‘The Talk is suffering ratings pain from producers principled stand coupled with a show hiatus that has slammed its numbers short-term.
‘Audience members that are fans of Osbourne or against The Talk’s move to kick Sharon off the show are voting their feeling by tuning out.’
He continued: ‘For producers, change requires patience and with the right strategic host and compelling conversations, The Talk will shoot back up the ratings.’

Sharon’s exit has been a blow to the series (Picture: The Talk)Falling in ratings even before the altercation, the TV show’s return has resulted in the series suffering a massive slump – becoming the lowest-rated daytime show.
According to Soap Opera Network, The Talk came in last place in both the 18-49 and 25-54 women’s demographic and bottom in rankings for the 13 daytime talk shows on rival stations.
In March, the show was down 27% for its year-on-year viewership, going down from 2.057million to 1.505million.
Sharon left the show before the one-month hiatus, after an argument with Sheryl about race.

Sheryl has remained on the show after her verbal altercation with Sharon (Picture: Getty)The discussion was spurred on by Meghan Markle’s interview with Oprah Winfrey, during which she alleged senior Royals ‘expressed concern’ son Archie’s skin colour, Piers Morgan sparked a race debate when declaring on Good Morning Britain that he ‘didn’t believe a word she said.’
He later quit his position on GMB after refusing to apologise, with Sharon among those speaking out in support of him for sticking to his guns.
On March 10, Sharon asked Sheryl to ‘educate’ her on ‘when you have heard him [Piers] say racist things’, while her co-star calmly responded: ‘It is not the exact words of racism, it’s the implication and the reaction to it.’
An internal investigation was later launched over their discussion.

Sharon issued an apology for her conduct during the discussion with Sheryl, saying that she ‘panicked’ and got ‘defensive’ when she thought she was accused of being racist.
Allegations later emerged accusing Sharon of making racist and homophobic comments about former co-hosts of The Talk, claims that Sharon has adamantly denied.
More: US TV news

She was the last original cast member of the series remaining, having joined the show in 2010 alongside Sara Gilbert, Julie Chen, Leah Remini, Marissa Jaret Winokur and Holly Robinson Peete.
Sheryl Underwood, Carrie Ann Inaba, Amanda Kloots, and Elaine Welteroth now take up the panel show’s seats.
Got a story?
If you’ve got a celebrity story, video or pictures get in touch with the Metro.co.uk entertainment team by emailing us celebtips@metro.co.uk, calling 020 3615 2145 or by visiting our Submit Stuff page – we’d love to hear from you.