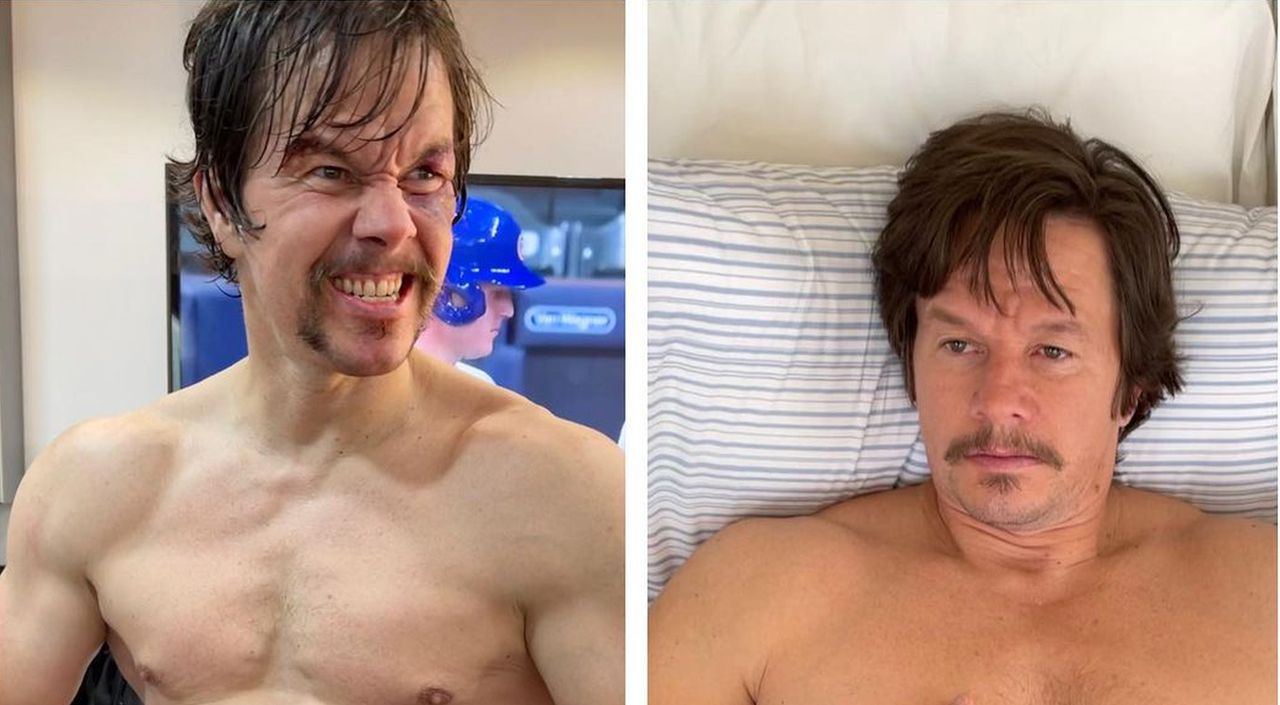 Mark Wahlberg is packing on the pounds for a new movie role and fans’ response to the hunk’s weight gain may surprise you. As Mark is spending less time in the gym and more time eating ‘everything he can get his hands on’ for the movie Stu , fans are telling Mark he looks just as good to them overweight and with a pudge as he does with a six-pack! Mark is playing Father Stu, a boxer turned priest and will team up again with Oscar-winner Mel Gibson and Silver Linings Playbook’s Jackie Weaver for the anticipated movie. Wahlberg and Gibson are known for their Catholic faiths but it’s guaranteed they will both have their comedic chops on display in the movie that Wahlberg co-produces. The role shows how far the 49-year-old Oscar nominee has come since his early music days as “Marky Mark” better known as New Kids On The Block’s founding member, Donnie Wahlberg’s younger brother. RELATED: Mark Wahlberg Pays Sweet Tribute To Wife Rhea Durham On Their 11th Wedding Anniversary And Fans Wish They Were Her! Many celebrities who are known for their beefed-up appearance would be apprehensive about gaining weight, but Mark is embracing this time where he can have free range in the kitchen. He’s managed to gain 20 pounds in three weeks and will put on another 20 pounds before his transformation as Father Stu is complete. Mark turned to his official Instagram account, where he has 16.4 million followers to showcase his hard work and transformation. He began by sharing a picture of his ripped, muscular chest and flexed for the camera. Mark is revered for his physique and went viral in the early nineties when he showed off his physique in the video “Good Vibrations” and then for a series of underwear shots for Calvin Klein. He maintained his physique throughout his adulthood and many were surprised he was willing to pack on pounds for the role. Check out Mark’s before picture below. RELATED: Mark Wahlberg Says The “Popular Film” Oscar Category Wouldn’t Be A Bad Idea Here is a picture of Mark Wahlberg after his weight gain. Check out a side-by-side comparison that Mark uploaded below. What do you think about Mark Wahlberg’s recent weight gain for his upcoming role? Are you looking forward to seeing Stu ? Charisse Van Horn is a freelance writer from Tampa Bay. She enjoys writing about celebrities, entertainment, crime, and fashion. The writer of this article will take legal action on those who reproduce or spin this article outside of Celebrity Insider.