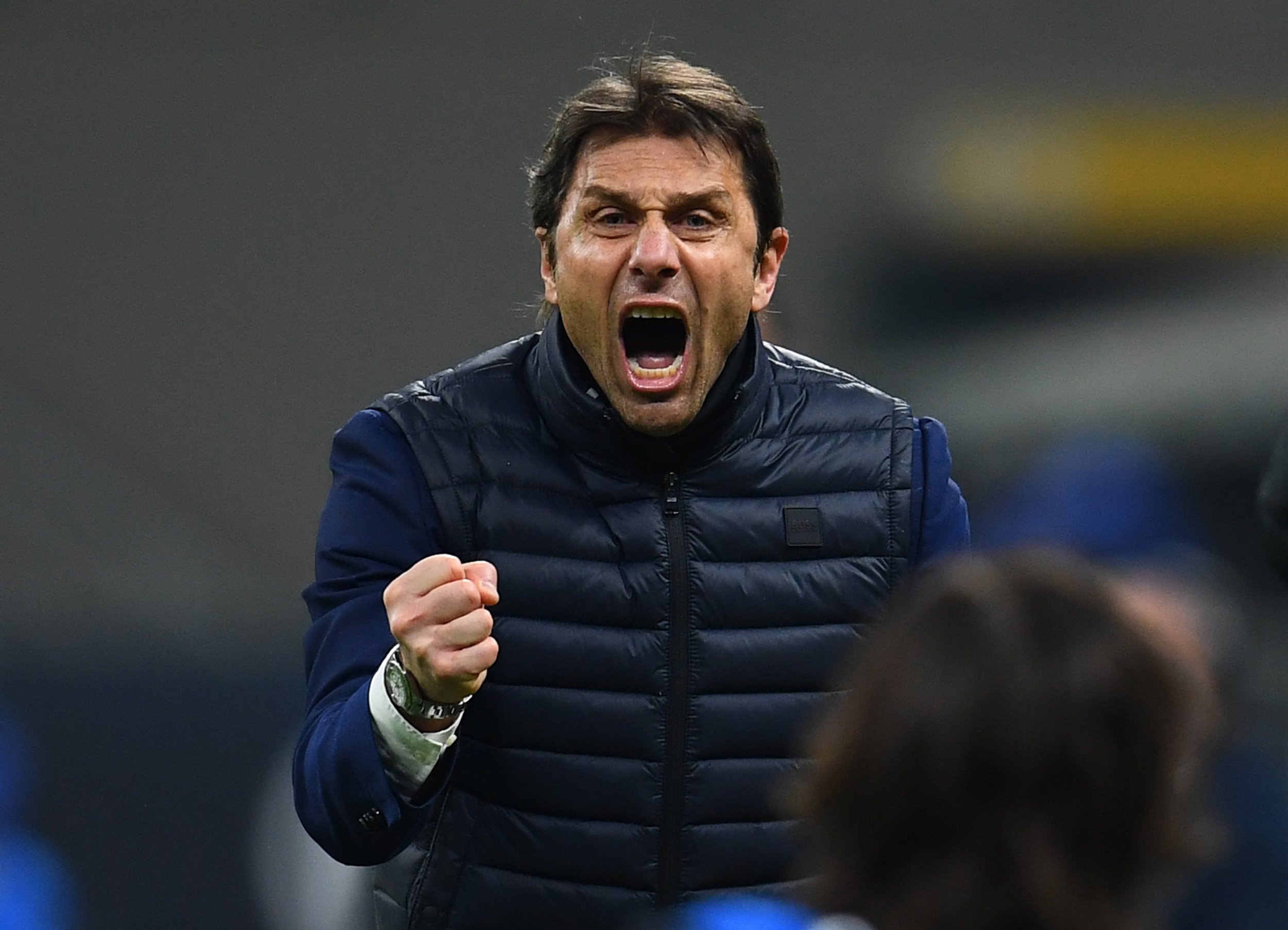 Antonio Conte is set to leave Inter this week due to differences over the club’s ambitions (Getty)Antonio Conte will leave Inter within the next 48 hours, according to reports in Italy.
The 51-year-old has just guided the club to their first league title since 2010, finishing 12 points clear at the top of Serie A.
But Inter president Steven Zhang and their Chinese owners Suning have told the club’s hierarchy that they must lower the wage bill by up to 20 per cent and raise €100 million (£86.5m) in player sales by the end of the transfer window.
According to La Gazzetta dello Sport, Conte was informed of the decision last weekend and the Italian ‘expressed all his bitterness’ towards the team’s new direction in the meeting with the club’s hierarchy.
The report claims that Conte is due to meet Zhang this week to arrange the termination of his contract with Inter, which could cost around €6m (£5.2m)
Conte has been firm in his belief that Inter need to continue spending in order to continue the squad’s development and has been evasive when asked about his future at San Siro.
When asked if he is staying at Inter earlier this month, Conte replied: ‘Let’s enjoy this moment, there will be time to talk together, with the president and the directors, to choose the best path for Inter.’

Antonio Conte guided Inter to their first Serie A title since 2010 this season (Getty)Inter are now lining up possible replacements for Conte and could turn to Massimiliano Allegri, who they held talks with last year.
Allegri has been out of work since leaving Juventus in 2019 but has been linked with a return to the Turin-based club in recent weeks, as well as Real Madrid.
Former Chelsea boss Maurizio Sarri and Sinisa Mihajlovic are also being considered by Inter’s hierarchy.

Romelu Lukaku’s future at Inter will be in doubt if Antonio Conte leaves (Reuters)More: Chelsea FC

Conte’s exit will also raise questions over the future of Romelu Lukaku, as the former Chelsea manager played a key role in convincing the Belgian to make the move to Italy in 2019.
Manchester City and Chelsea, who sold Lukaku to Everrton for £28m in 2014, are reportedly keen on bringing the striker back to the Premier League this summer.
For more stories like this, check our sport page.
Follow Metro Sport across our social channels, on Facebook, Twitter and Instagram.

Facebook
Twitter
Pinterest
WhatsApp
Previous articleIs Marc Gasol in the doghouse? Frank Vogel speaks out
Next articleJulius Randle’s bold MIP plan no one has ever done before