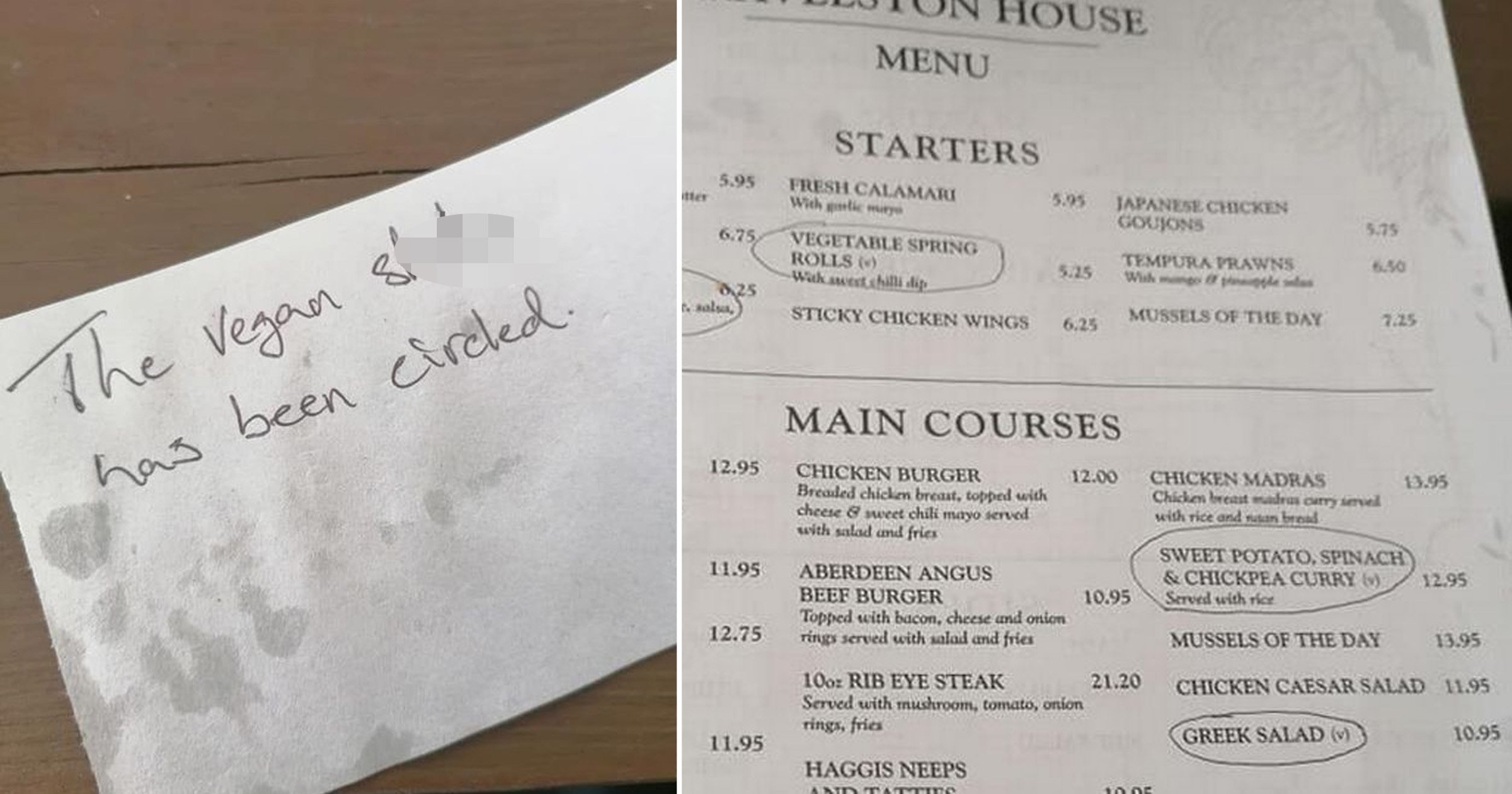 Lisa Cooney said she was gobsmacked by the message (Picture: Media Scotland)A vegan diner was left feeling ‘angry and upset’ when she found a rude note written by a chef after asking which meals she could eat.
Lisa Cooney was out with her family at Ravelston House in Musselburgh, Scotland, last Sunday when she discovered the reply to her query about vegan-friendly dishes.
After the waiter returned to their table with a menu full of highlighted items, they spotted a note drop to the floor saying: ‘The vegan sh**e has been circled.’
Ms Cooney, from Edinburgh, said she was gobsmacked by the message, adding that the experience and attitude of the staff left her feeling ‘extremely disappointed’.
She told Edinburgh Live: ‘I dined for lunch with family who are visiting for the weekend.
‘I asked what options were vegan and the barman said he would ask the chef. He came back with the menu which had the items circled and he put the note on the bar.
‘It fell from the bar and my dad picked it up and showed it to me.

The family spotted a note on the floor which read ‘The vegan sh**e has been circled’ (Picture: Media Scotland)

Ms Cooney had asked which options were vegan friendly (Picture: Media Scotland)‘When I first read it I was in disbelief, then I was angry and upset. It’s insulting and so unprofessional, also the total disregard for any potential allergy is a worry.
‘For a chef to have that mentality is quite shocking. I went and spoke to the manager after my family had finished their meal, he apologised and agreed the note wasn’t acceptable.’
After speaking to staff, Lisa added that an assistant manager had spoken to her as they left, and was ‘much more understanding’ to the situation.
Metro has contacted Ravelston House for comment.
Get in touch with our news team by emailing us at webnews@metro.co.uk.
For more stories like this, check our news page.

See also  Did the Nuggets make a mistake letting Jerami Grant walk away?