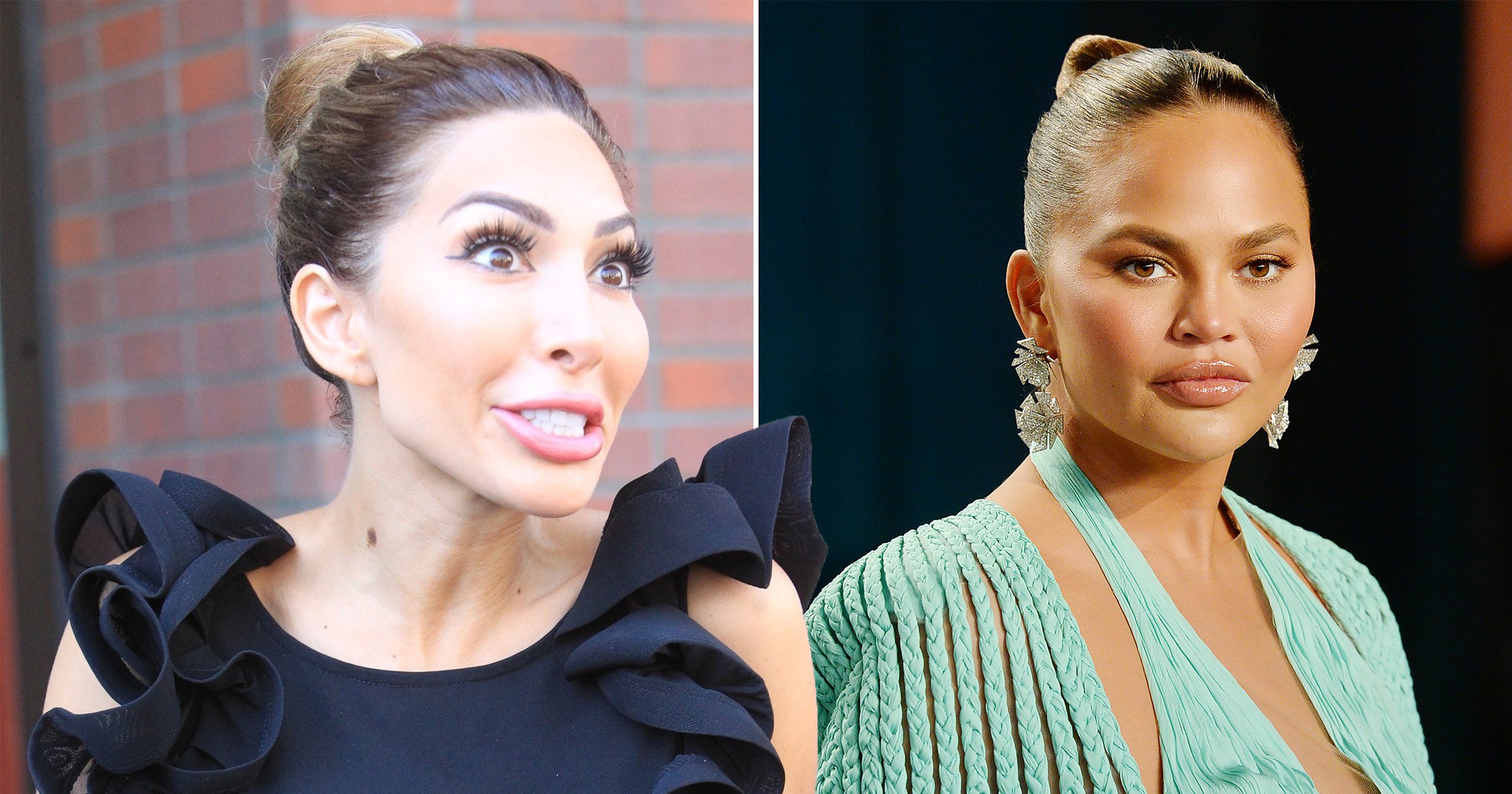 Farrah Abraham has spoken out against Chrissy Teigen (Picture: Rex/Backgrid)Former Teen Mom star Farrah Abraham has continued to hit out at Chrissy Teigen amid her shocking cyberbullying scandal.
Chrissy, who recently apologised to Courtney Stodden for trolling them in the past, also took aim at Farrah, 30, back in 2013, as she labelled her a ‘w****’ following the release of her sex tape.
And Farrah has now branded the 35-year-old ‘pathetic’ for her ‘sex-shaming comments’ and claimed that she is an ‘unfit person in society’.
‘It’s really just a pathetic statement after someone has gone to therapy publicly for sex-shaming, working through my own depression, bereavement, and vulnerabilities at that time,’ the reality star told Fox News.
She added: ‘I don’t even say the words she says.’
In Chrissy’s resurfaced tweet from 2013, she says: ‘Farrah Abraham now thinks she is pregnant from her sex tape. in other news you’re a w***e and everyone hates you whoops not other news sorry.’

Chrissy branded Farrah a ‘w****’ back in 2013 (Picture: WireImage)Chrissy was accused by fellow social media users of cyber-bullying Farrah at the time.
Farrah says she had yet to receive an apology from mother-of-two, Chrissy.
However, cookbook author Chrissy has apologised to former Celebrity Big Brother star Courtney, who recently came out as non-binary, for telling them to ‘kill yourself’ on Twitter.

Chrissy apologised for trolling Courtney Stodden in the past (Picture: GettyChrissy said: ‘Not a lot of people are lucky enough to be held accountable for all their past bulls**t in front of the entire world.
‘I’m mortified and sad at who I used to be.
‘I was an insecure, attention seeking troll. I am ashamed and completely embarrassed at my behavior but that is nothing compared to how I made Courtney feel.

Chrissy sent a Twitter DM to Courtney telling them to ‘kill themselves’ (Picture: WireImage)‘I have worked so hard to give you guys joy and be beloved and the feeling of letting you down is nearly unbearable, truly. These were not my only mistakes and surely won’t be my last as hard as I try but god I will try!!’
She continued: ‘I have tried to connect with Courtney privately but since I publicly fuelled all this, I want to also publicly apologise. I’m so sorry, Courtney. I hope you can heal now knowing how deeply sorry I am.
‘And I am so sorry I let you guys down. I will forever work on being better than I was 10 years ago, 1 year ago, 6 months ago.’
Metro.co.uk has contacted a representative for Chrissy Teigen for comment.
If you’ve got a celebrity story, video or pictures get in touch with the Metro.co.uk entertainment team by emailing us celebtips@metro.co.uk, calling 020 3615 2145 or by visiting our Submit Stuff page – we’d love to hear from you.
For more stories like this, check our entertainment page.
Follow Metro.co.uk Entertainment on Twitter and Facebook for the latest celeb and entertainment updates. You can now also get Metro.co.uk articles sent straight to your device. Sign up for our daily push alerts here.

MORE : Chrissy Teigen all smiles on a video call as Courtney Stodden announces engagement in wake of cyber bullying drama

MORE : Chrissy Teigen apologizes to Courtney Stodden for past trolling tweets: ‘I am ashamed and embarrassed at my behavior’