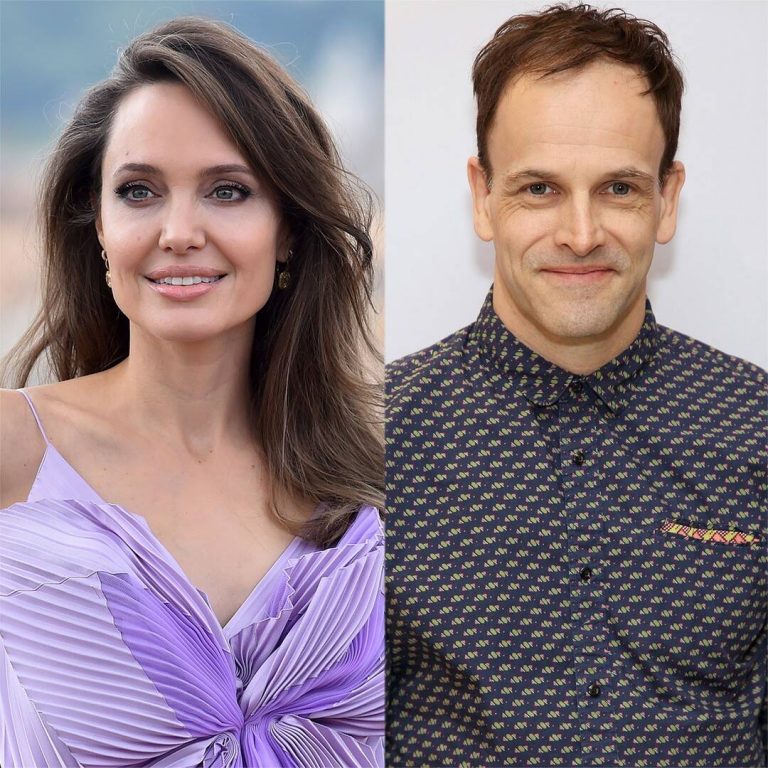 According to some reports, Angelina Jolie has introduced her two sons, Knox and Pax, to her former husband, Jonny Lee Miller! This comes after the actress and her ex-beau reunited on a trip to New York City with her young ones not too long ago. Earlier this month, she caused quite the social media stir when it surfaced that she had visited Jonny at his Brooklyn apartment. RELATED: Angelina Jolie Says Her Children Would Never Even Let Her ‘Touch’ Their Phones! At that point, Jolie and all six of her kids had been in the city for a few days. Then, a few days after her first visit, she was seen at Johnny’s apartment once more, this time stopping by alongside her son, Pax, meaning that the 17-year-old has definitely met Jonny. Now, however, a report by The Sun claims to know that Angie’s former husband has also met her 12-year-old son Knox! RELATED: Angelina Jolie’s Dad Jon Voight Gushes Over Grandson Maddox Attending Prestigious South Korean College One insider told the news outlet that ‘On her first evening with Jonny, Angelina took Knox along, and they got on just like a house on fire. Knox is such a sweet kid and I imagine that she decided he was the easiest one to begin introductions with.’ They went on to stress that Pax was just as willing to meet Jonny. ‘She went back the next afternoon with Pax, who was curious to meet this guy she’s always spoken so fondly about. They only hung out for a little while at Jonny’s apartment, but seemed to get along well. Angie is really happy because Pax just keeps making noise about moving to New York soon, maybe even for school. She is glad he’ll have someone she trusts around for him to go to for advice or just to see a friendly face.’ Apparently, there have never been any hard feelings or bitterness between Angelina and Jonny. The two simply realized marriage was not for them in the past and parted on good terms.