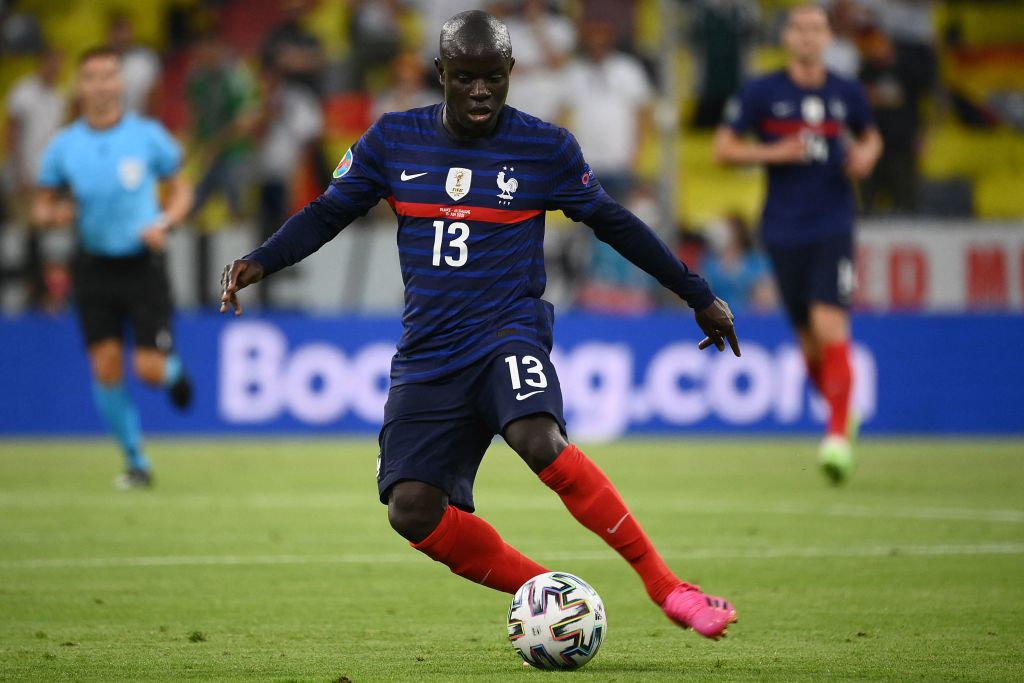 Saha wants his countryman to scoop the award later this year (Picture: Getty)Former Manchester United and France striker Louis Saha insists N’Golo Kante should win this year’s Ballon d’Or – adamant the Chelsea midfielder accomplished something Lionel Messi or Cristiano Ronaldo never managed last season.
Kante put in another masterful midfield display for France in their opening game of Euro 2020 against Germany last week, continuing his superb form that saw him win the Champions League with his club in May.
The Frenchman played an instrumental role across both legs of the semi-final against Real Madrid before being named man of the match in the final against Manchester City.
With calls growing for the former Leicester City to be awarded with football’s most prestigious individual accolade, Saha insists Kante is doing things he has never seen any other player to before in midfield.
‘If he did [win the Ballon d’Or], I believe he would deserve it. There is no player, not even Cristiano Ronaldo or Messi, that has been man of the match in both legs of the Champions League semi-final and final,’ Saha told GamblingDeals.com.

Kante’s superb form has continued into the Euros (Picture: Getty)‘Dominating the midfield alone whilst at the same time helping players moving forward. Going forward he was just a force. I haven’t seen anyone do anything like that.
‘I do remember some other winners of the Ballon d’Or, no disrespect to them and I won’t name names, but earning this prize, this amazing prize without those types of performances.
More: Manchester United FC

‘So it would not be a scandal at all if Kante gets his hands on the trophy, he’s been unreal. He plays as two players, playing outside of his role, moving forward and doing things that he’s not supposed to do.
‘Those aren’t the characteristics of Messi or Ronaldo, where they stick to their job, scoring goals and amazing individual things, but it’s also about being able to do both. He’s unbelievable.’