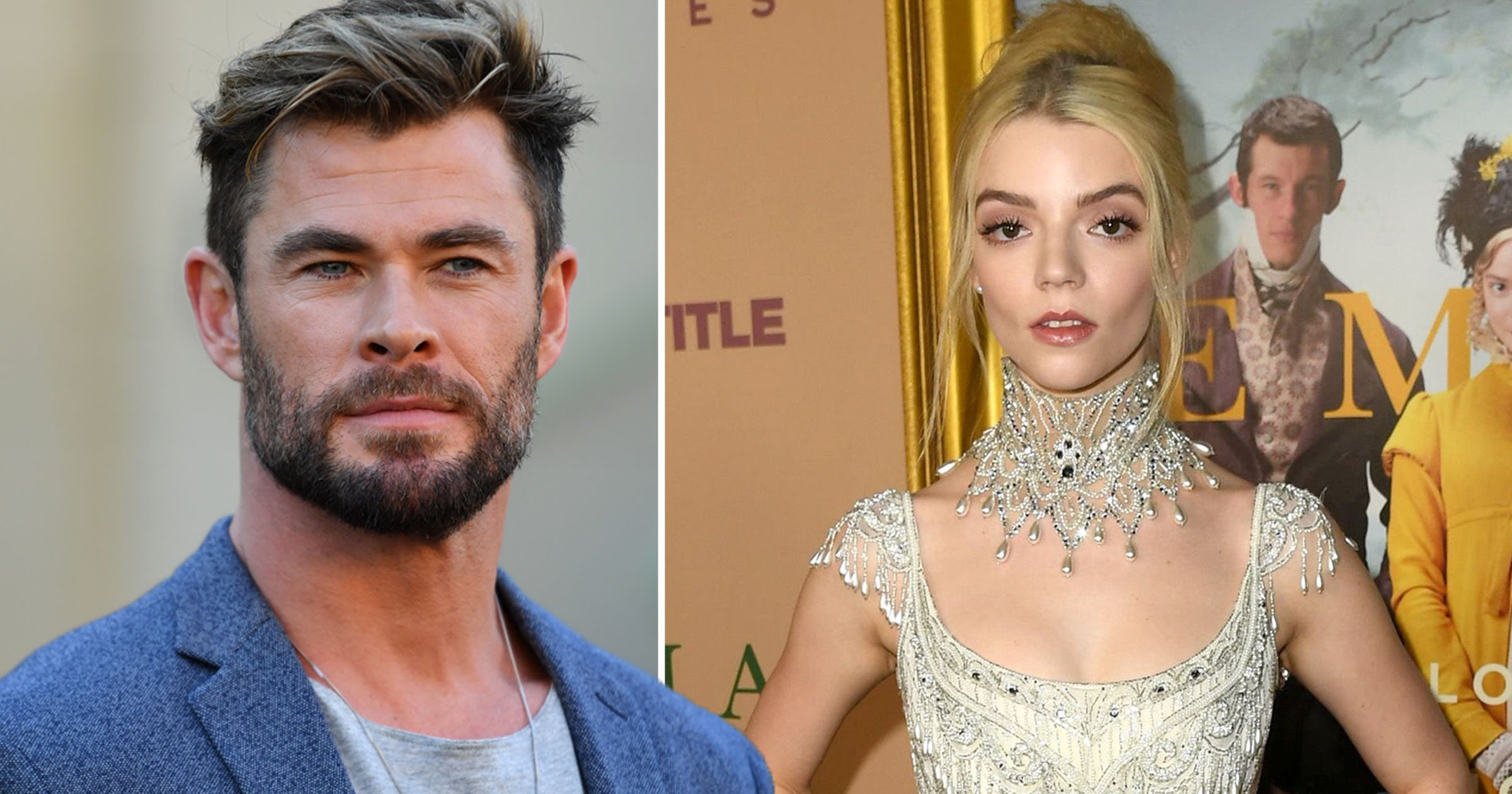 Chris Hemsworth and Anya Taylor-Joy will star in Australia’s biggest movie, FuriosaThe prequel for George Miller’s Mad Max: Fury Road, titled Furiosa, is set to be filmed in various locations across New South Wales, Australia with Avengers’ Chris Hemsworth.
NSW State Premier Gladys Berejiklian announced that the movie, boasting a cast of Chris, The Queen’s Gambit star Anya Taylor-Joy and Yahya Abdul Mateen II, is expected to become the biggest film ever made Down Under.
Local leading man Chris, 37, gushed in a statement: ‘This will be my fourth or fifth film here in Australia.
‘It really is, out of everything I’ve done, the biggest pinch-myself moment, because I’ve grown up watching it, and it’s so iconic,’ Hemsworth said.
‘It is a huge honour. A lot of pressure, but exciting pressure that is certainly motivating,’ the Thor actor added.
Furiosa will create hundreds of local jobs in Australia’s film industry, with prime filming set to take place in the outback mining town of Broken Hill, which will mimic the post-apocalyptic landscapes of the previous movies.

Chris Hemsworth is excited to film the project in his native Australia (Picture: Getty) The last instalment of the franchise, 2015’s Mad Max: Fury Road, was primarily shot in Namibia after unseasonal rain left large areas of NSW’s outback unusually lush and green.
Many other high-profile film projects have recently been shooting in Australia after the country successfully stopped Covid-19 transmission early on in the pandemic.
Mad Max’s prequel will be directed once again by George Miller –– the brains behind the series.
The Queen’s Gambit star Anya will play a younger version of Charlize Theron’s Furiosa character in the new instalment.
It was previously reported that director Miller had been considering using de-aging technology on Charlize for her to star in the prequel, but later decided it was better to recast for Furiosa instead.

Anya Taylor-Joy will play a younger version of Charlize Theron’s character Furiosa (Picture: Anya Taylor-Joy Instagram)Charlize has said that the decision has been a ‘tough one to swallow’, but she has nothing but respect for Miller. Speaking to The Hollywood Reporter, the actress, 45, said: ‘Listen, I fully respect George… he’s a master, and I wish him nothing but the best. Yeah, it’s a little heartbreaking for sure.
‘I really love that character, and I’m so grateful that I had a small part in creating her. She will forever be someone I think of and reflect on fondly. Obviously, I would love to see that story continue, and if he feels like he has to go about it this way, then I trust him in that manner.’
Furiosa is set to hit theatres in 2023.
Got a story?
If you’ve got a celebrity story, video or pictures get in touch with the Metro.co.uk entertainment team by emailing us celebtips@metro.co.uk, calling 020 3615 2145 or by visiting our Submit Stuff page – we’d love to hear from you.

MORE : The Queen’s Gambit to be turned into a stage musical after success of Netflix series