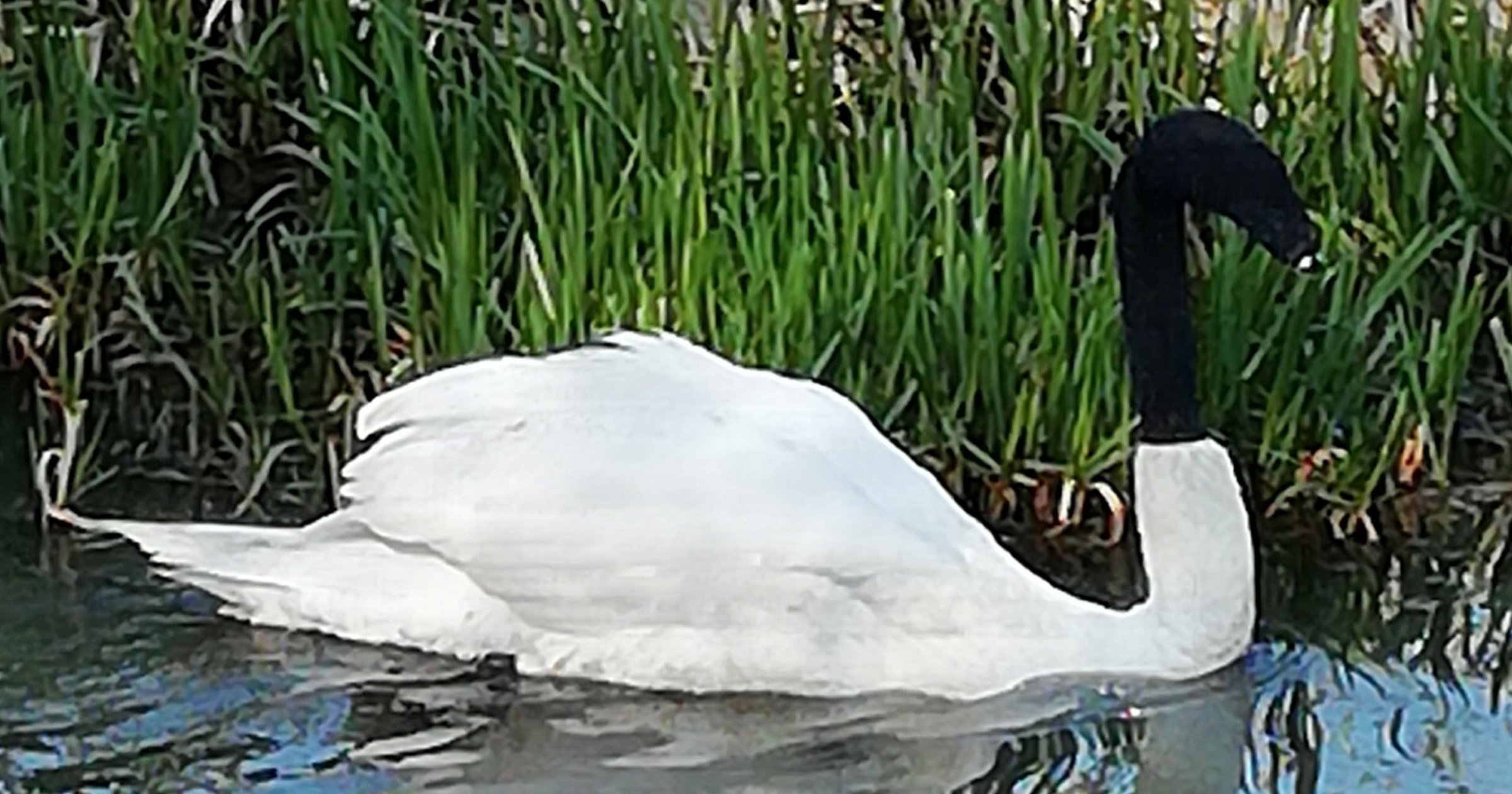 The swan could have suffocated or starved to death, police said (Picture:Lincolnshire Police / SWNS)A manhunt has been launched for ‘mindless’ thugs who nearly suffocated a swan by putting a sock over its head.
The prank left the swan unable to see or eat, with the sock halfway down its neck. It was spotted in the Catchwater Drain in Lincoln, and the Yorkshire Swan and Rescue Hospital quickly came to help the bird.
An officer from Lincolnshire Police said the swan could have suffocated or starved to death. They are now working with the RSPCA to find those behind the incident.
PC Llewellyn, investigating officer, said: ‘Any type of animal cruelty will not be tolerated and we will carry out a full investigation into this incident. We work with wildlife organisations who report these incidents to us so we can investigate.
‘We believe the item had been placed on swan’s head intentionally, due to how snug the fit was and how far down the neck of the swan the tube was.
‘We do not believe that this was accidental. Had the Swan Rescue not intervened, the swan would have either starved or potentially suffocated.
‘We would like to hear from anyone who can assist us with our investigation or anyone who may have seen anyone around the swan in the water in the days leading up to May 2.’
RSPCA Inspector Kate Burris added: ‘The consequences of this mindless prank could have resulted in this poor swan suffering over a long period of time, and ultimately ended in their death.
More: Animals

‘Given that this is the breeding and nesting season at the moment, this could have also resulted in suffering and sadly death for any dependent offspring.’
All wild birds are protected under the Wildlife and Countryside Act 1981 (as amended) and it is an offence to kill, injure or take wild birds except under licence.
The maximum penalty for those found guilty is six months in prison, along with the possibility of an unlimited fine.
Anyone with information about the incident is urged to call the RSPCA or the police on 101, quoting crime reference 21000242297.
Get in touch with our news team by emailing us at webnews@metro.co.uk.
For more stories like this, check our news page.