WWE SmackDown: Cesaro stretchered out after injury and Rollins attack 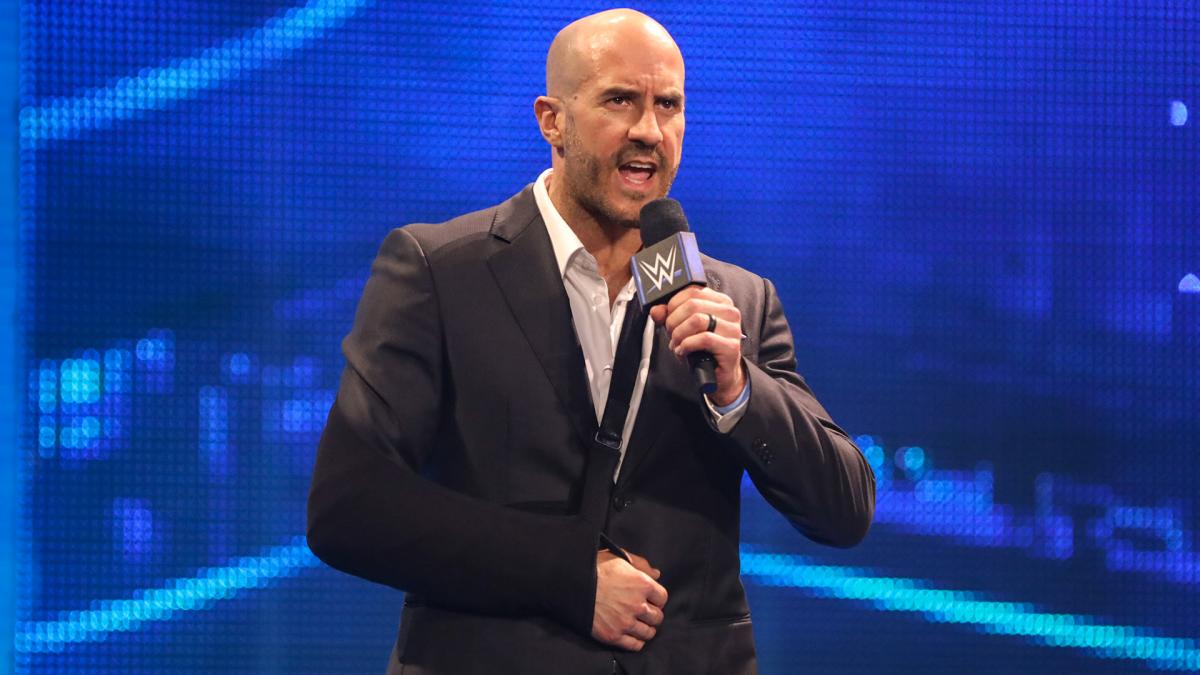 The Swiss Superman was out in a sling (Photo: WWE)WWE superstar Cesaro was brutally attacked by Seth Rollins on SmackDown this week.
The Swiss Superman came out during the show to challenge Roman Reigns to a rematch at Hell In A Cell with the Universal Title on the line, but things didn’t go to plan.
Already wearing a sling, Cesaro didn’t get a response as he was quickly jumped from behind by Rollins as the SmackDown Saviour went on the attack.
Decked out in another stunning suit, Seth laid into his rival – who he lost to at WrestleMania 37 and again on the blue brand recently – with a brilliantly vicious attack.
He delivered two stomps to the veteran wrestler, who was stretchered out of the arena before Rollins appeared again after the break for another attack.
This was fantastic stuff which leaves the door open to a lot of possibilities for everyone involved heading into the Hell In A Cell pay-per-view on June 20.

Cesaro’s rise up the card has been fantastic to see, and days before his highly praised match with Rollins at WrestleMania last month, Paul Heyman rightly predicted the quality bout fans would be treated to.
He exclusively told Metro.co.uk: ‘I think Cesaro’s in a wonderful position right now and is poised to put on an all-time great WrestleMania match with Seth Rollins.
‘You are looking at two of the truly great performers of this generation that can put on what could rival any match that has ever occurred at WrestleMania for the title of the greatest WrestleMania match of all time.’
Of course, he was spot on, and the Swiss star once again delivered when he faced Reigns for the Universal Title at WrestleMania Backlash last weekend.
He’s making a real impression as he’s finally getting his big shot as a main event player.
More: WWE

‘To me, it was just my body of work,’ Cesaro recently told us, pondering the reasons for this year being his time to shine. ‘This is how I approach it, right?
‘People say something negative about other people, they come out, they defend themselves. But to me, you have to let your actions do your talking.
‘You have to show up to work every day, you have to work hard, you have to prove that they’re wrong and you have to just show them.’
Got a story?
If you’ve got a celebrity story, video or pictures get in touch with the Metro.co.uk entertainment team by emailing us celebtips@metro.co.uk, calling 020 3615 2145 or by visiting our Submit Stuff page we’d love o hear from you.