Russell Westbrook Addresses The Fan Who Dumped Popcorn On His Head 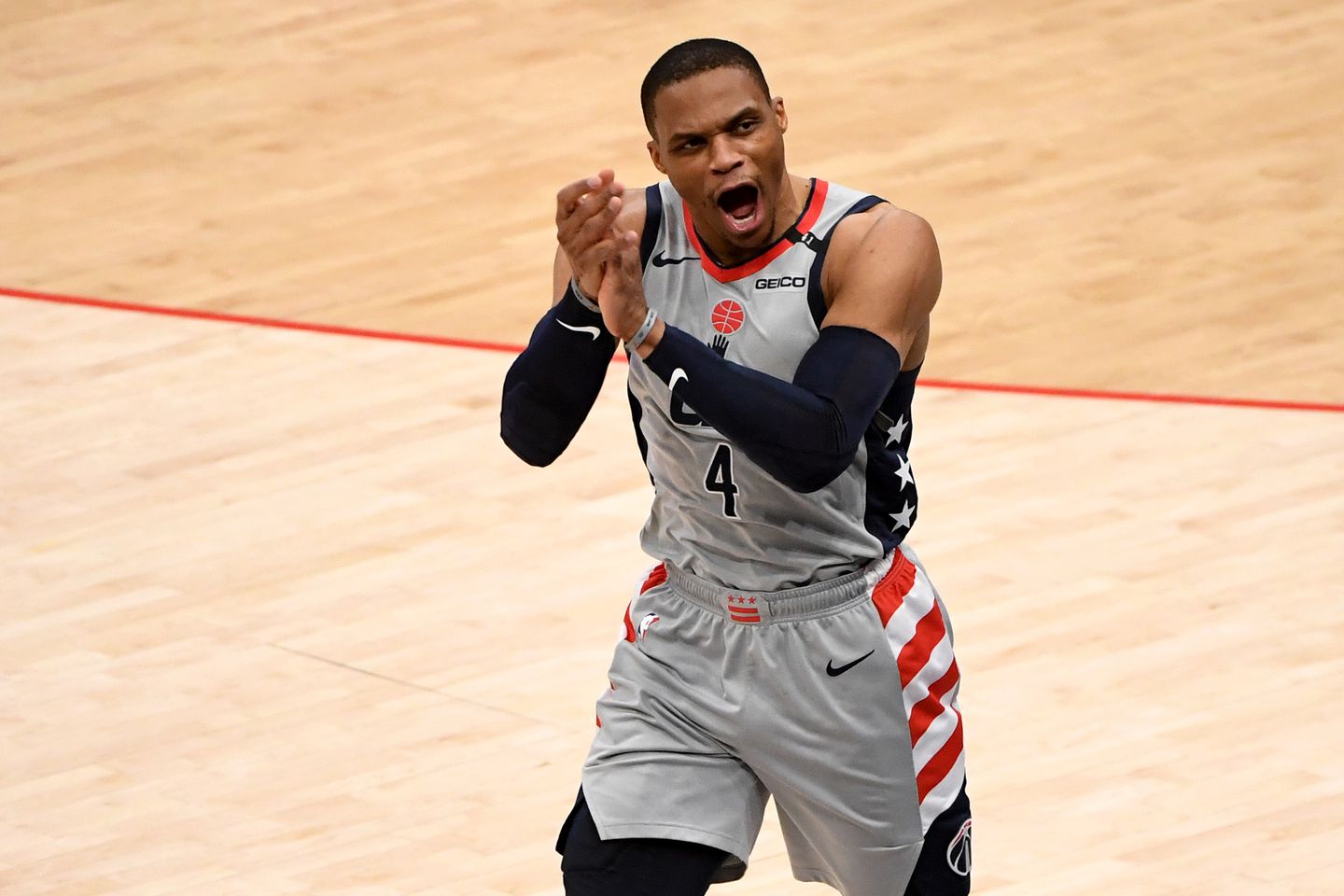 It’s been just revealed that Russell Westbrook addressed the night after a fan dumped popcorn on his head as he was being helped out of a game in Philadelphia. He is now calling for the NBA to institute some form of consequences for fans who take things a little too far. ‘Russ was being escorted out of the game after suffering an ankle injury when a fan poured a bucket of popcorn on his head, and he then tried to fight through NBA personnel to make his way to the stands. As a player who is often heckled by fans, Westbrook said the behaviour is “bulls**t” at this point, and made it clear that fans need to be held responsible,’ The Shade Room notes. RELATED: Russell Westbrook Helps Launch A New Tech Program For The Youth ‘To be blatantly honest man, this sh*t is getting out of hand, especially for me,’ he told reporters. ‘The amount of disrespect, the amount of fans just doing whatever the f*ck they want to do, it’s just out of pocket, man.’ Someone said: ‘How did Philly get named the city of Brotherly Love?! 😩😆🤣’ and another follower posted this: ‘Ion even know why they try that man. He will beat you up and take the fine happily.’ RELATED: Russell Westbrook Is Producing New Docuseries About 1921 Tulsa Race Massacre A fan said: ‘Who ever did that is actually weird asf’ and someone else posted this: ‘Respect for Lebron for speaking out!’ One follower said: ‘He’s not lying. Those fans don’t view him as a man, but as property. SMH. Once he run up. Then it’s gonna be a problem. That’s assault and the fan should be banned. Period.’ Stay tuned for more news about your favourite celebrities.

See also  Seth Rogen Doesn't Plan to Work with James Franco After Claims, Says Dynamic Has 'Changed'
Facebook
Twitter
Pinterest
WhatsApp
Previous articleWhen will GB News start and what channel will it be on?
Next articleSerge Ibaka’s bold claim after LA prevents 3-0 hole