HomeGamingVALORANT gun prices are getting cheaper, according to leaks
GamingHealthPoliticsScienceSports

VALORANT gun prices are getting cheaper, according to leaks 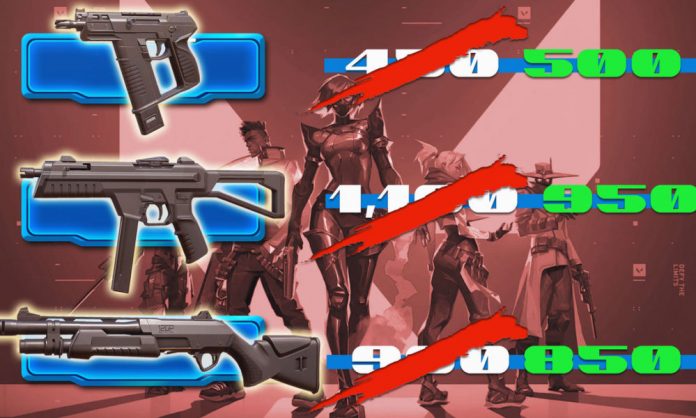 Economy is very important in games like VALORANT. Players earn money by taking down opponents and winning rounds. They also can keep their weapon from the previous round if they survived it entirely. Sometimes, players will opt not to buy anything in a round to make sure they have enough money to buy stronger weapons in the next one – eco rounds. Hence, the prices of weapons in VALORANT are very important, and changing them is a big deal.

Hence, it’s important to take this rumor with a grain of salt. VALORANT leaker Mike of ValorLeaks on Twitter suggests that several weapons will be rebalanced in the future. By rebalancing, we mean repriced. While most of the guns received discounts, there’s one gun that will become more expensive. Judge will apparently be repriced from 1,600 to 1,850. Meanwhile, everything else went down in price anywhere between 50 to 300 units.

Mike followed up the post with a tweet stressing the word “Future.” Hence, apart from confirming whether or not these VALORANT leaks are true, we also don’t have an exact date on when these changes will take place if they were true. “‘Future’ means that it could be with the next patch or Episode 3,” says Mike. Who knows? Maybe these changes might even come after the release of the VALORANT Mobile version.
What do you think of these changes? Do you think the 300 unit discount for the Operator is fair? Should Judge have been nerfed like that? If these changes do happen, it will affect many VALORANT players, and will surely throw a monkey wrench in the strategies of some teams coming into the VCT Masters Stage 3.

Facebook
Twitter
Pinterest
WhatsApp
Previous articleTamar Braxton Flaunts Her Party Mood For Her Son’s Birthday
Next articleGames Inbox: What is the story and setting for Battlefield 2042?