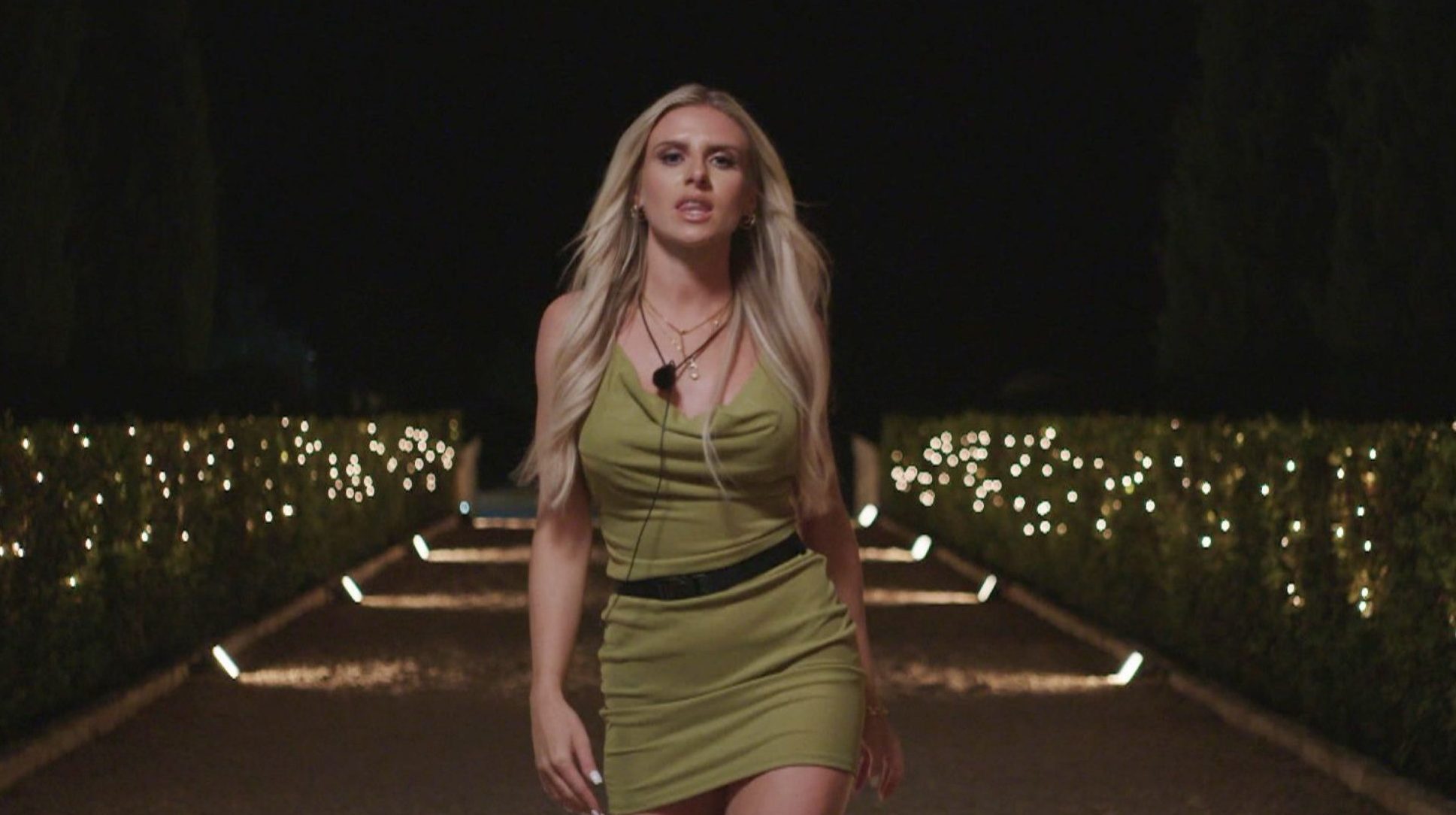 What will Chloe make of the rest of the islanders? (Picture: ITV/Shutterstock)Love Island 2021 is underway, with a bombshell teaser revealing Chloe Burrows is going to bring the drama as new islanders including Shannon Singh and Hugo Hammond settle into the villa.
In the first episode of the new sun-soaked series, Laura Whitmore greeted the new batch of contestants before hosting a coupling ceremony fraught with excitement and nerves in equal measure.
While the first 10 newbies were thrilled to have started their Love Island journey, there was one person missing – Chloe, who’s already been announced as being part of the line-up.
At the very end of the premiere, while the singletons were enjoying their first evening of dancing and flirting, Toby Aromolaran shouted out that he’d received – not a message – but a voicenote.
As he played the voicenote, Chloe’s voice could be heard, revealing that she’s looking forward to meeting the boys and taking one of them out for a date. But there’s a twist…
Chloe won’t be the one who chooses which boy to go on a date with. It will be up to them.

Kaz and Toby couldn’t believe it when the voicenote came through (Picture: ITV)The decision will undoubtedly be super awkward in tomorrow’s episode considering all of the boys are currently in couples.
That means that one of the girls will be left on her own, waiting to find out whether the guy she’s with likes the newcomer that he’s on a date with.
One episode in, and we have someone stirring the pot already! I mean, what did we really expect…
The first episode of the new series ended with a slow-mo clip of Chloe strutting into the villa in a green bodycon dress, raring to make her mark in the villa.
While it was relatively drama-free as the excitable singletons got to know one another, there were a few moments of awkwardness as none of the ladies stepped forward for Hugo and Toby during the coupling ceremony.
In the end, Hugo paired up with Sharon Gaffka, with Toby coupling up with Kaz Kamwi.
More: Love Island

The other couples formed were Aaron Francis and Shannon, Brad McClelland and Faye Winter and Liberty Poole and Jake Cornish.
But will one of these couples hit a rocky patch when Chloe arrives tomorrow? Stay tuned to find out!
Love Island returns tomorrow at 9pm on ITV2 and is available to watch on the ITV Hub.
Follow the latest news and gossip about the 2021 contestants on Metro.co.uk’s Love Island live blog.
Got a story?
If you’ve got a celebrity story, video or pictures get in touch with the Metro.co.uk entertainment team by emailing us celebtips@metro.co.uk, calling 020 3615 2145 or by visiting our Submit Stuff page – we’d love to hear from you.

MORE : Love Island 2021: Who coupled up tonight as new islanders enter the villa?