Why Deathloop could be the best Bethesda game since Dishonored 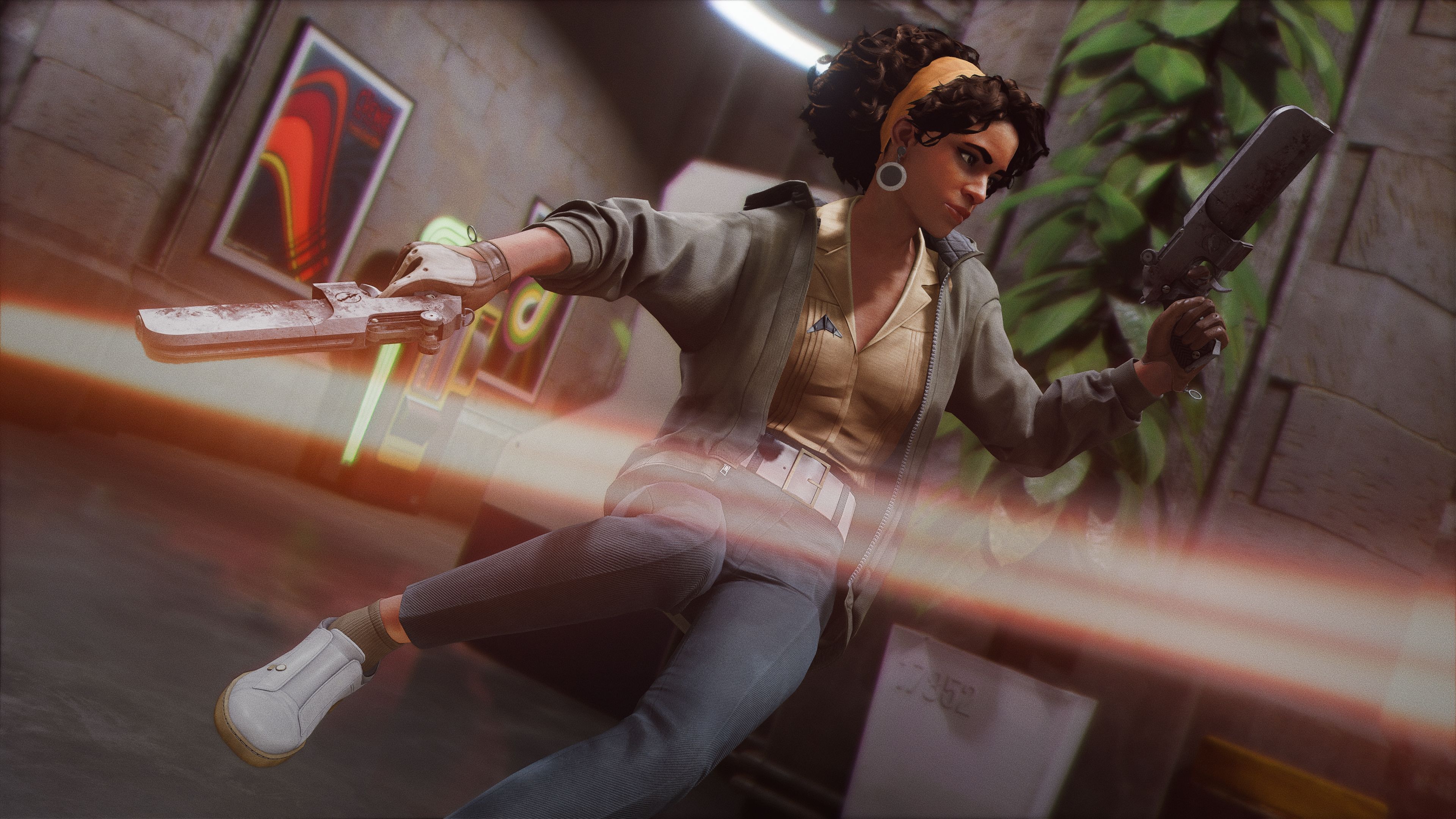 Deathloop – not your everyday shooter (pic: Bethesda)GameCentral gets an exclusive look at the new game from Arkane Studios and talks to its developers about their unique take on Groundhog Day.
When Microsoft bought Bethesda last year many pointed out that it was an awkward point in the publisher’s release schedules, as they had no major new games that were imminent and The Elder Scrolls 6, Fallout 5, and Starfield were all likely years away. The only exceptions came from Bethesda’s external studios, with Shinji Mikami’s Ghostwire: Toyko and Deathloop, from the makers of Dishonored. The only problem with those to though, is that they’d already been signed up as timed PlayStation 5 exclusives.
Xbox versions will be released 12 months later but for now Microsoft’s most exciting first party exclusives are only due out on PlayStation 5. Although to be fair, we know almost nothing about Ghostwire: Tokyo and are basing our excitement purely on the involvement of Mikami. Deathloop though, we now have a much better grasp on, as we recently got to see almost an hour of new footage from the game.
Arkane Studios are best known for their work on the Dishonored series – as well as the reboot of Prey – and Deathloop certainly shares a lot in common with those games. The art style is a little less stylised than Dishonored, particularly in terms of human faces, but there are a lot of similar magic powers, particularly a teleportation ability, and a similarly intricate style of level design.
Other elements are completely different though, with a more irreverent 60s style tone, that’s halfway between James Bond and Barbarella, and a lot more first person shooting action. Or at least it seemed that way from how the person in the video was playing it.
The problem with any preview event at the moment is that we can’t get any hands-on with the game or properly talk to the developers, just awkwardly pitch questions over Zoom and hope they get answered. With those caveats in place though Deathloop looked amazing.
The plot to Deathloop is… complicated, and we’re still not sure we fully understand it. The basic set-up though is that you play an assassin called Colt who is stuck on an island and in a time loop. Some kind of experiment has occurred that ensures every time Colt dies he ends up back on the beach and his only chance of escape is to kill eight specific targets in a single day, which will apparently end the loop for everyone.
Despite what it sounds like, director Dinga Bakaba prefers not to describe the game as a roguelike, as there’s no randomised levels and you do get to retain a number of things from one loop to the next. For one thing, you’re the only person on the island that remembers the previous loop and secondly there’s a rare resource called Residuum that lets you preserve items into your next run. It’s also not meant to be unusually hard, so this isn’t just Returnal without the sci-fi.
While you technically only have one day to complete your mission it’s not measured in real-time and instead each of the separate areas of the island have different time zones that remain in place until you leave them. So you’ll have as much time as you want when it’s, say, evening in the factory area and won’t have to worry about running out of time while you’re there. Although you also can’t save again until you leave.
You will still be coming back to the same places time and time again, not only because you keep dying but also because certain things only happen at certain times of day, from the location of characters to important conversations you can eavesdrop on for information. Getting all eight targets in one go is not so much a question of your arcade skills but more so your organisational ones, as you conspire to be in the right place at the right time in order to take them all out as efficiently as possible.

Like all Arkanes games, Deathloop is a true sandbox title where there is no linear path to victory and everything within the game world works realistically in terms of physics and the internal logic of your magic powers (or whatever the excuse for them is). Colt is quite the athlete, and so with a mix of parkour, stealth, magic, and shooting it’s entirely up to you how you tackle your mission – making Deathloop almost like an ultra-violent puzzle game (and it really is very gory, unnecessarily so we’d probably say).
As if all that wasn’t enough Colt also has the additional problem of Julianna, a fellow assassin who’s been tasked with stopping him. She seems likely to be the breakout character of the game, her deranged personality seeming to show that while she takes ghoulish pleasure from hunting Colt she also seems to hold a flicker of affection for him.
Julianna has a separate mode in the game called Protect the Loop, which works something like the Phantoms in Dark Souls. Once you unlock the mode, by getting a certain way into the story campaign, you can invade other people’s games (either a random player or someone from your friends list) and take over the role of Julianna from the AI.
Although we didn’t get to see any gameplay as Julianna, according to Arkane she can enter any map where Colt is actively targeting one of his marks and can either just chase after him or set traps and lay ambushes (Julianna has a unique ability that lets her disguise herself as an ordinary cannon fodder enemy). She can even just scare him if you want – a sort of in-game trolling – although unlike Colt she only has one life.

See also  Eurovision 2021: Watch all of the performances from this year's show

Deathloop – Julianna enjoys her job a little too much (pic: Bethesda)Protect the Loop sounds like a substantial mode in its own right, with new abilities and loadouts being unlocked depending on how well you do, but it is purely optional.
Watching the game being played we were struck not only by the variety and fluidity of the action but just how daringly high concept everything is. When the plot and set-up takes several paragraphs of explanation you know you’re not talking about an everyday game, and we couldn’t help wonder how difficult the game would be to play for someone that wasn’t the developer, and didn’t already know every detail of the game.
More: Games news

Arkane does seem to be aware of this problem though, with Colt essentially talking to himself to establish what’s going on – his inner voice appearing as giant comic book style text in the game world. And that’s the other impressive aspect of the game: just how stylish it is. From the James Bond-esque theme tune to the witty dialogue and excellent vocal performances the game is a million miles away from the faux-Victoriana of Dishonored or stuffy science fiction of Prey.
Whether that will translate to commercial success or not there’s no way of telling at this point, but we do know that Deathloop is now one of our most anticipated games of the year and that Microsoft must be kicking themselves for not being able to publish it themselves.
Formats: PlayStation 5 and PCPublisher: BethesdaDeveloper: Arkane StudiosRelease Date: 14th September 2021

MORE : PS5 launch exclusive Deathloop has been delayed till next year