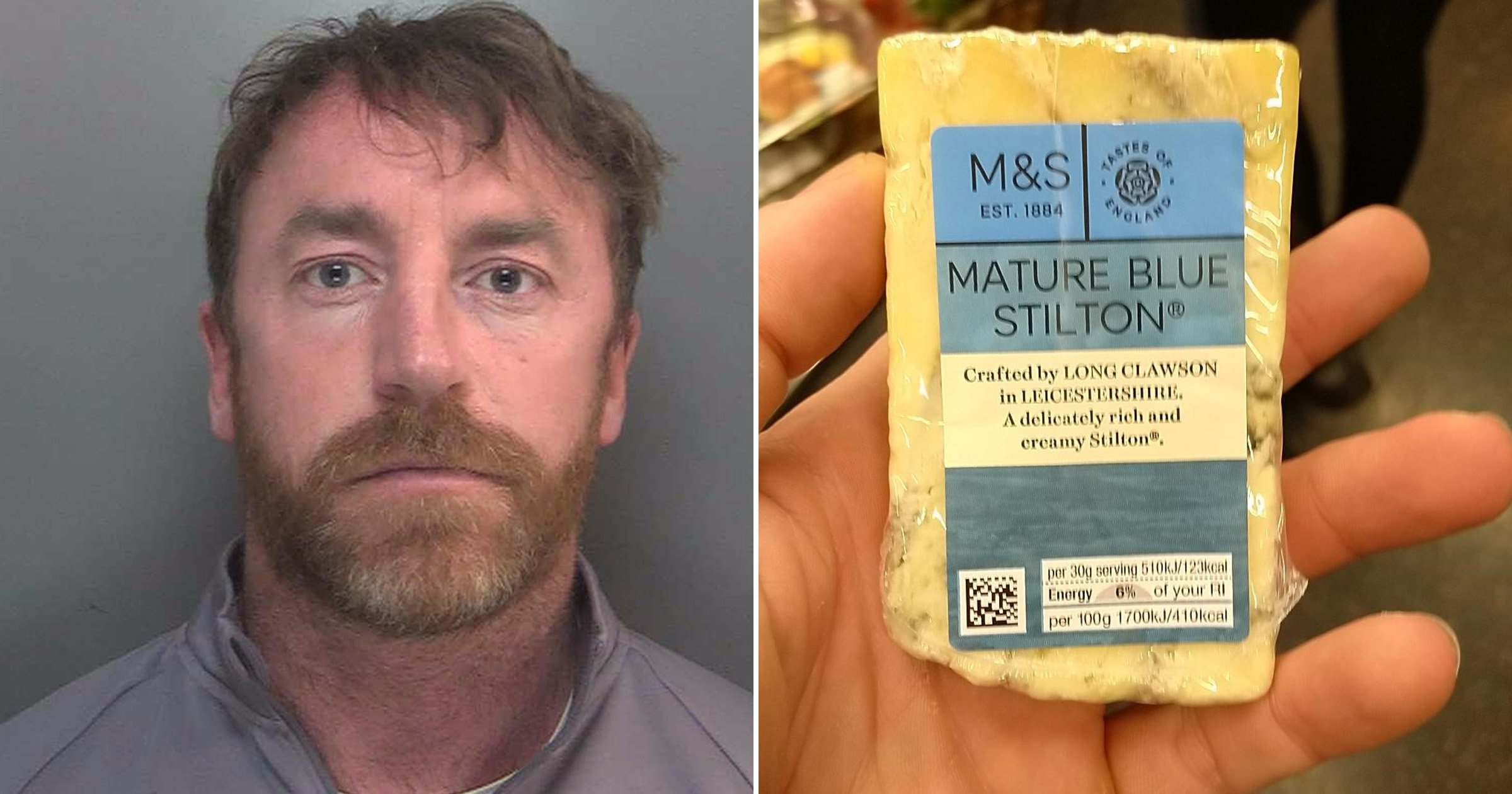 It was unclear why he posted the picture of the cheese (Picture: Merseyside Police)A block of Stilton cheese became a drug dealer’s downfall after he posted a photo of it online and was identified by police.
Carl Stewart, 39, couldn’t resist the M&S mature blue dairy product, which was made in Leicestershire.
He shared an image of it on an encrypted mobile network used to trade illicit substances.
When police in Europe cracked the network as part of Operation Venetic, officers here were able to analyse his fingerprints from the photo and identify him.
It was unclear exactly why he posted the picture of the cheese.
Stewart, from Liverpool, has now been jailed for 13 years and six months after admitting conspiracy to supply cocaine, conspiracy to supply heroin, conspiracy to supply MDMA, conspiracy to supply ketamine and transferring criminal property.

Carl Stewart, 39, ‘was caught out by his love of Stilton cheese’ (Picture: Merseyside Police)He used the handle ‘Toffeeforce’ on encrochat to supply large amounts of class A and B drugs.
Around 60,000 users of the network have been identified worldwide, with around 10,000 of them in the UK.
They were involved in coordinating and planning the supply and distribution of drugs and weapons, money laundering and other criminal activity.
After the sentencing on Friday at Liverpool Crown Court, Detective Inspector Lee Wilkinson said Stewart ‘was caught out by his love of Stilton cheese’.
He said: ‘As part of Operation Venetic, Merseyside Police has so far arrested more than 60 people, many of whom have been charged with serious drug trafficking or firearms offences. This year will see a number of these people continuing to appear before the courts, and we welcome each and every one.
‘Stewart was handed a substantial sentence of 13 years and six months, and this should serve as a stark warning to anyone involved in this criminality that there are serious consequences.
‘Merseyside Police, along with law enforcement agencies across the world, will leave no stone unturned in our pursuit of those people who think they are above the law, and we will continue to target anyone involved in serious organised crime to keep this positive momentum going.’
Get in touch with our news team by emailing us at webnews@metro.co.uk.
For more stories like this, check our news page.