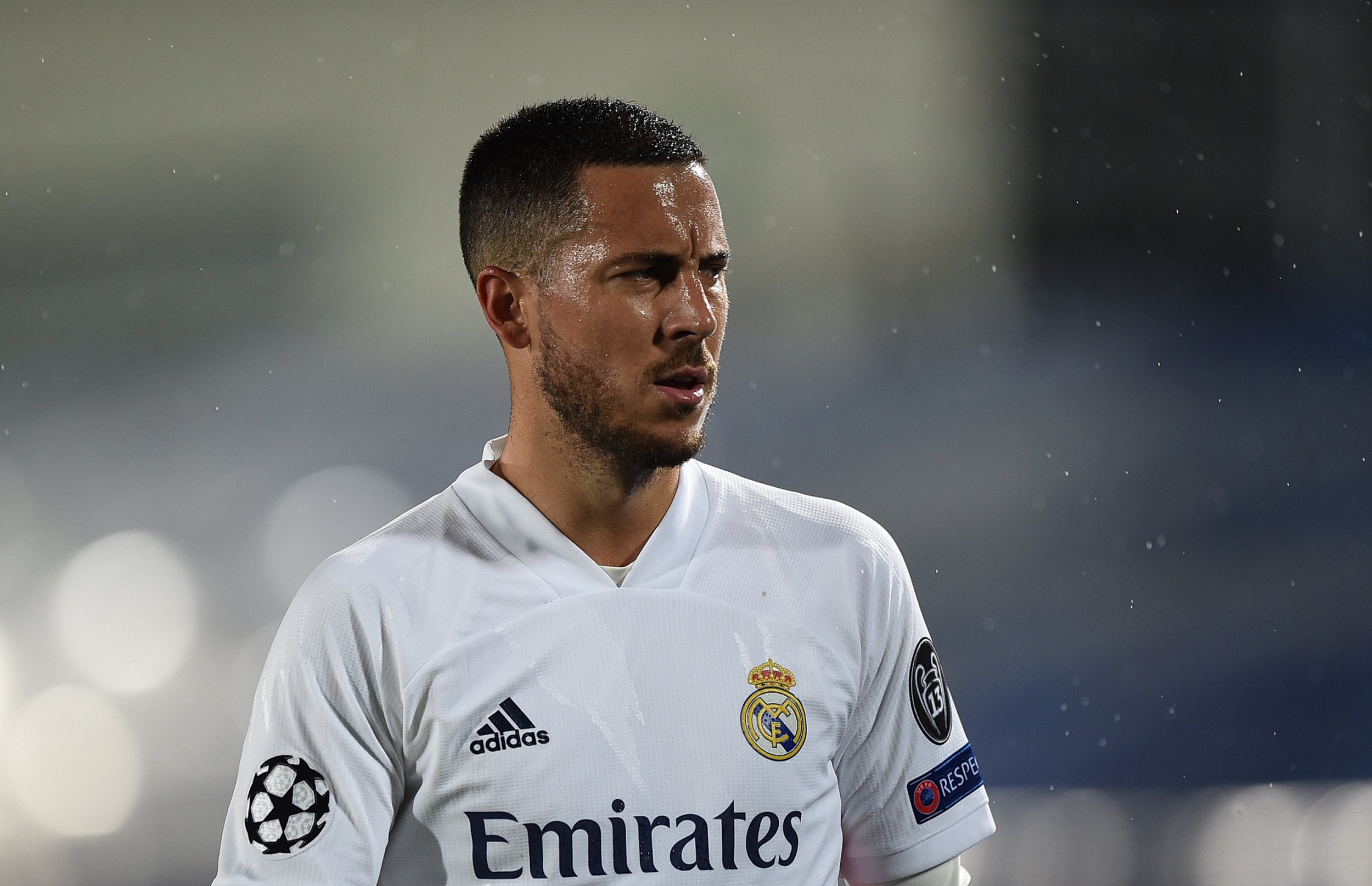 Eden Hazar is reportedly keen to return to Chelsea this summer (Getty)Chelsea have decided to not prioritise a move for Eden Hazard this summer, according to reports.
Earlier this week, reports in Spain claimed that the Belgium international is looking to leave Real Madrid at the end of the season and his preference is to return to Chelsea.
Hazard left Stamford Bridge in a £130 million deal in 2019 but has struggled with injuries during his time in the Spanish capital.
The 30-year-old was able to start only seven games in La Liga this season, while Madrid ended the campaign without a trophy for the first time since 2010.
According to the Sunday World, Chelsea have been made aware of Hazard’s desire to move back to Stamford Bridge.
But it’s claimed that Hazard’s return is not considered a priority by Chelsea’s hierarchy and the club are exploring the possibility of signing a world-class striker instead.

Chelsea are not prioritising Eden Hazard’s return this summer (AFP via Getty)Chelsea have already ruled themselves out of the race for Erling Haaland this summer due to the high cost of signing the 20-year-old from Borussia Dortmund.
Thomas Tuchel’s side are now understood to have made Romelu Lukaku one of their top choices ahead of the upcoming window and are monitoring his situation at Inter.
Lukaku helped guide Inter to their first Serie A title since 2010 this term but the news of Antonio Conte’s departure on Wednesday will come as a major blow as Italian played a key role in convincing him to move to Italy.
Inter are also looking to reduce their wage bill by 20 per cent and raise €100 million (£86.5m) in player sales by the end of the transfer window.
More: Chelsea FC

See also  They Better Bring Me Back

Hazard, meanwhile, is in a similar position at Madrid as Zinedine Zidane is set to leave the Santiago Bernabeu.
Like Conte and Lukaku, Hazard has a close relationship with Zidane and the Frenchman’s departure could play a role in his decision to move on this summer.
Madrid are looking to bolster their attack with the signings of Haaland and Kylian Mbappe, and the Spanish club are understood to be willing to sell Hazard for a fee in the region of €50m (£43.4m).
For more stories like this, check our sport page.
Follow Metro Sport across our socia channels, on Facebook, Twitter and Instagram.