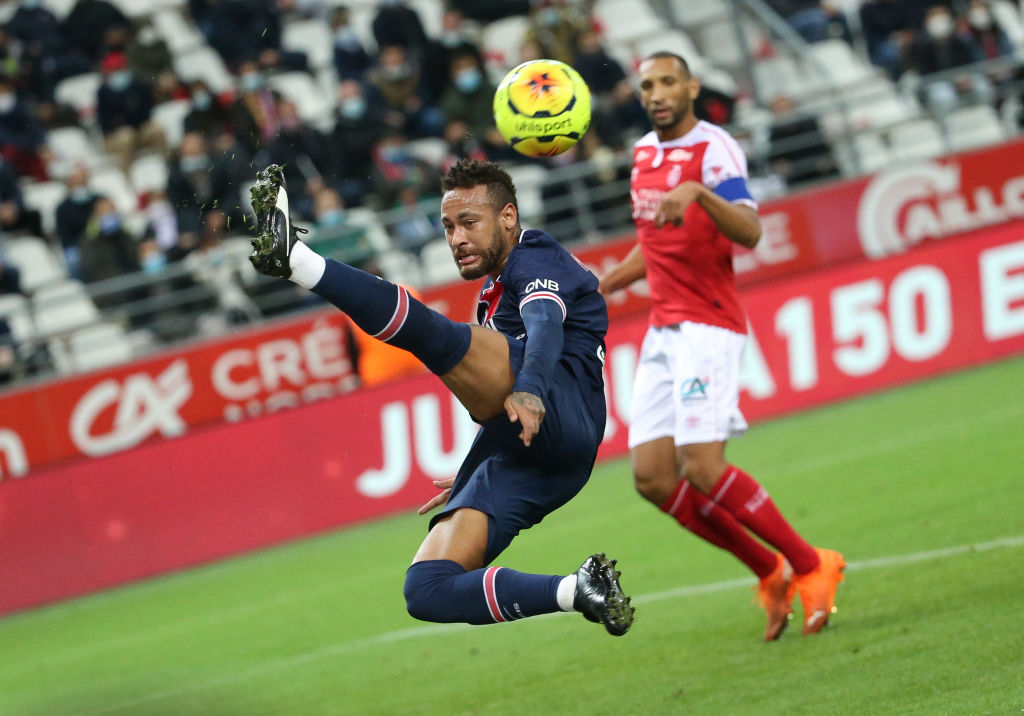 Neymar was axed by Nike after refusing to take part in a sexual assault investigation (AP)Nike has announced that Neymar’s lucrative sponsorship deal was terminated after he ‘refused to cooperate’ in an internal sexual assault investigation involving himself and an employee.
Neymar was first signed by Nike at the age of 13 and was handed an 11-year contract, worth a reported $105 million (£74m), which was due to run until 2022.
But Nike ended their partnership with Neymar last September and the Brazilian forward subsequently signed a deal with Puma.
Nike did not disclose a reason for dropping Neymar but The Wall Street Journal has revealed that the split came following an investigation into allegations that the 29-year-old had sexually assaulted a female employee.
The Nike employee has alleged that in 2016, Neymar attempted to force her to perform oral sex in his hotel room after a promotional event in New York. It’s alleged that after taking off his underwear, the Brazilian attempted to block her from leaving the room and chased her down the hallway.
The employee made a complaint to Nike in 2018 and an internal investigation was launched the following year with the sportswear giant appointing a team of independent lawyers to conduct interviews with witnesses.

Neymar had been sponsored by Nike since the age of 13 (Getty)Nike has confirmed that the findings from the investigation were ‘inconclusive’ but the company decided to drop Neymar because he ‘refused to cooperate in a good faith investigation of credible allegations of wrongdoing by an employee’.
A spokeswoman for Neymar has denied the allegations: ‘Neymar Jr. will vigorously defend himself against these baseless attacks in case any claim is presented, which did not happen so far.’
A statement from Nike read: ‘Nike was deeply disturbed by sexual assault allegations made by one of our own employees against Neymar Jr.
‘The alleged incident occurred in 2016 and was officially reported to Nike in 2018. The employee came forward to share her experience in a forum created by Nike leadership to afford a safe environment in which current and former employees could confidentially share their experiences and concerns.
‘From the very beginning, we have treated the employee’s allegations and her experience with great seriousness.
‘When the employee first relayed her allegations to Nike’s leadership in 2018, she did so only with assurances of confidentiality.

Neymar signed a deal to wear Puma last September (Getty)‘While Nike was prepared and ready to investigate at that time, Nike respected the employee’s initial desire to keep this matter confidential and avoid an investigation.
‘As her employer, we had a responsibility to respect her privacy and did not believe it was appropriate to share that information with law enforcement or any third party without the employee’s consent.
‘In 2019, when the employee later expressed interest in pursuing the matter, we acted immediately. Nike commissioned an independent investigation and retained separate independent legal counsel for the employee, of her choosing and at the company’s expense.
More: Champions League

‘The investigation was inconclusive. No single set of facts emerged that would enable us to speak substantively on the matter.
‘It would be inappropriate for Nike to make an accusatory statement without being able to provide supporting facts.
‘Nike ended its relationship with the athlete because he refused to cooperate in a good faith investigation of credible allegations of wrongdoing by an employee.
‘We continue to respect the confidentiality of the employee and also recognise that this has been a long and difficult experience for her.’
For more stories like this, check our sport page.
Follow Metro Sport across our social channels, on Facebook, Twitter and Instagram.