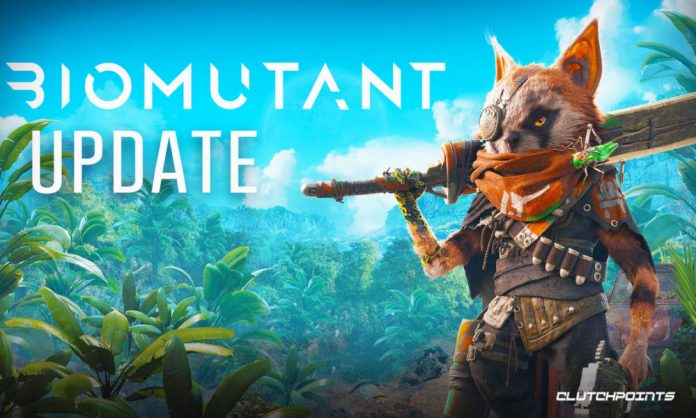 Experiment 101 released the Biomutant 1.4 Update which fixes a major issue in the game. Apart from addressing the undesired, the new Biomutant patch also introduces two new features for existing players. Check out the changes below:

Biomutant 1.4 Update Patch Notes: New Game+, Extreme Difficulty, Better Tutorials
The new Biomutant update brings about some well-needed changes for the game. We pointed out 5 changes Biomutant devs had to do to make the game better, and they touched on 2 of those with this update. The narrator’s performance is cool and all, but he gets in the way of the game’s flow. The new update now allows players to remove the narrator altogether. Those who still want the narrator around can now enjoy shorter gibberish from the NPCs. Apart from that, the narrator no longer waits for the gibberish to finish before he starts translating. These changes allow players to play more and read less, no longer have to wait around for the game to continue on.
Playing the game for new players will now be a better experience now, too. The developers improved the tutorial area of the game. “In order to improve the pacing of the early parts of the game,” reads the patch notes, “we’ve edited dialogues to be shorter. We’ve also added more enemies and loot to these areas to better represent the experience later in the game.”
Finally, the new patch also has something for players who’ve been playing Biomutant since launch. New Game+ has been added for those who’ve finished Biomutant at least once, allowing players to unlock perks from all classes. For an added challenge, a new “Extreme” difficulty has been added, which makes the enemies tougher to kill and punch harder.