HomeBusinessLogan Paul vs Floyd Mayweather: How to watch in the UK and...
BusinessGeneralScienceTechnologyWorld News

Logan Paul vs Floyd Mayweather: How to watch in the UK and when is it on? 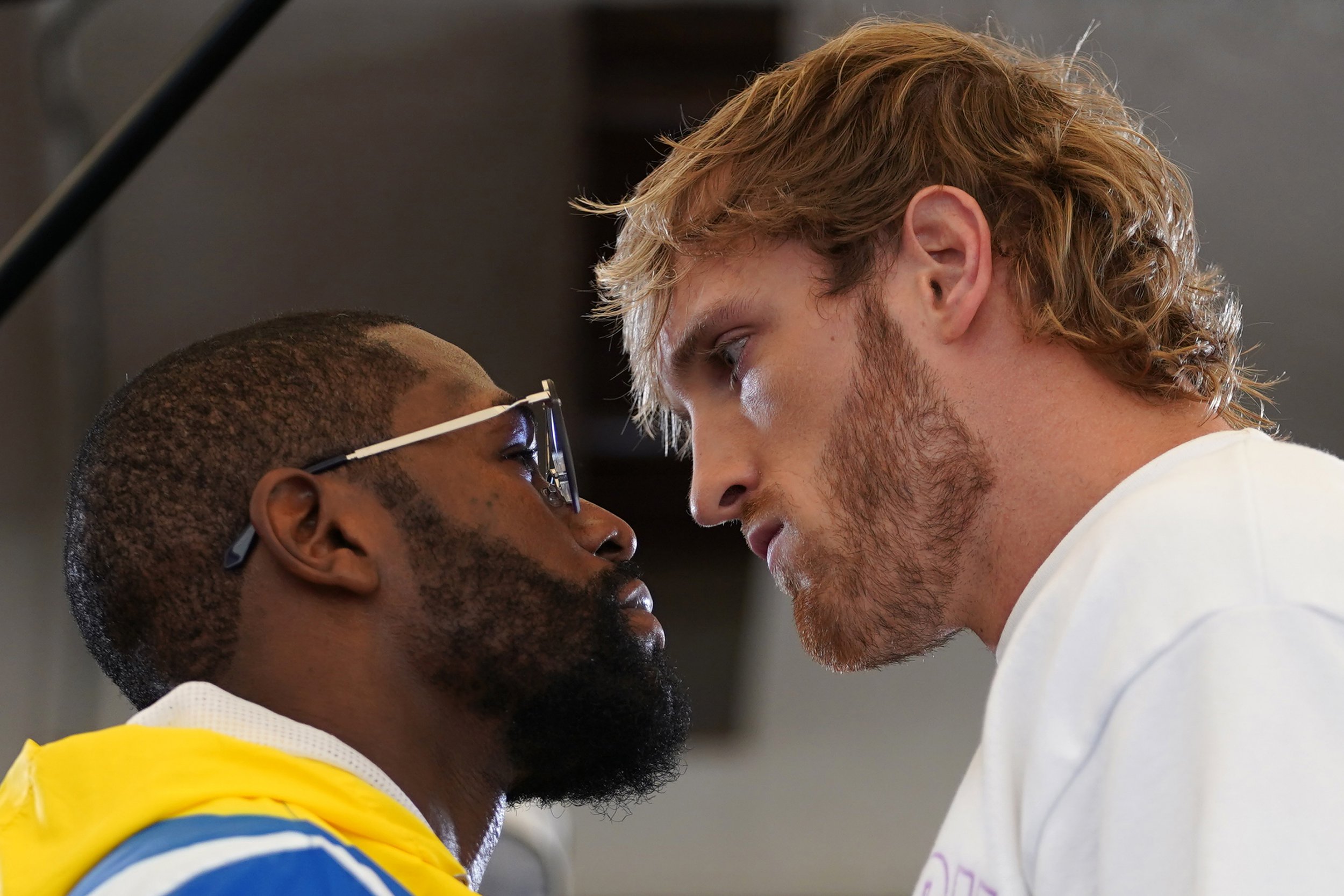 The pair facing off before the big match. (Picture: USA TODAY Sports)The worlds of boxing and YouTube collide tonight as Logan Paul and Floyd Mayweather take on each other.
Postponed since February because of coronavirus restrictions, the pair are set to go head to head in the lucrative fight, although some are already declaring it controversial.
Floyd Mayweather officially retired six years ago, but he’s been lured back into the ring for a bout with the social media star – whose only boxing experience is losing a fight against fellow Youtuber KSI in 2019.
If you want to catch the match, find out all the details here.

Floyd Mayweather is technically ‘retired’ (Picture: Getty)How to watch the Logan Paul/Floyd Mayweather fight in the UK and what time is it on?
UK fans can watch the Logan Paul/ Floyd Mayweather fight on Sunday, June 6 at around midnight.
It will be shown live on Sky Sports Box Office for £16.95, and will be able to stream on the Sky Sports website, too.
You can stream the fight via a NOW Smart Stick, or the NOW app on your TV, too.
NOW TV is currently offering its sports pass for a reduced rate of £20 a month – down from the usual £33.99 – or you can buy a day pass for a one-off payment of £9.98.
Where is the fight taking place?
It’s taking place at the Hard Rock Stadium in Miami Gardens, Florida – the home of the NFL’s Miami Dolphins.
As it’s not an official match according to Florida’s boxing regulators, a winner won’t be declared.
However, it’s expected that Logan Paul will bag around $20 million for taking part – so victory might not be so much of a priority anyway.

MORE : Are the Blue Therapy couples real? Director reveals all about viral YouTube series that you need to watch