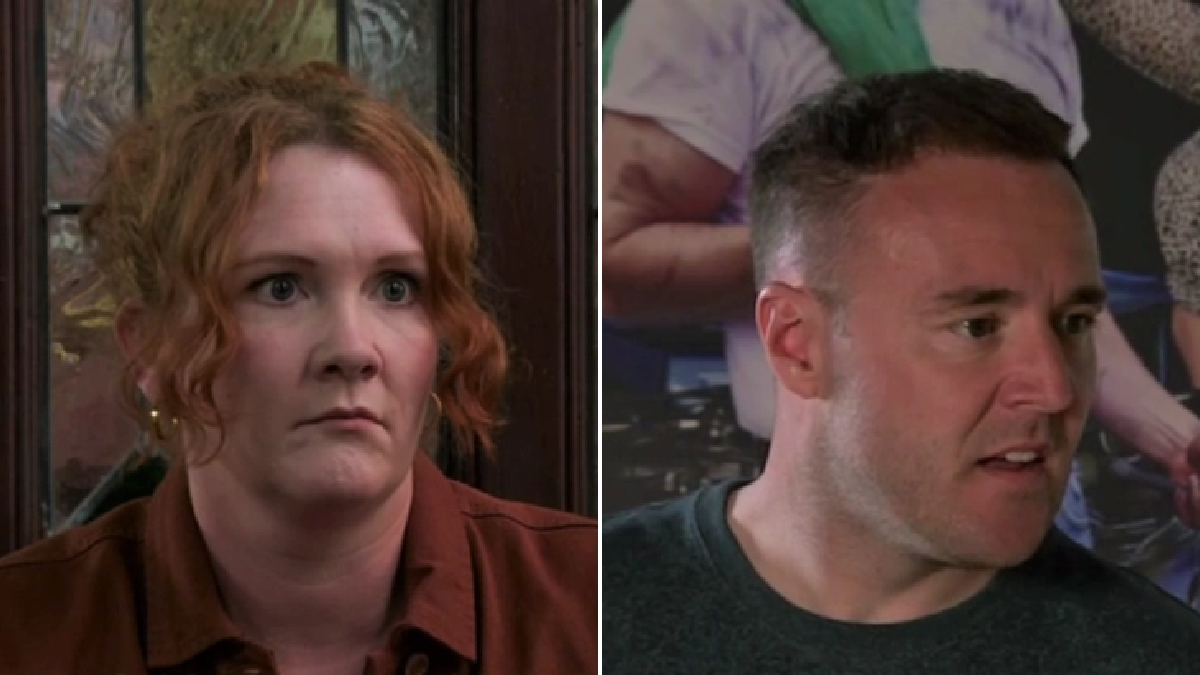 Things took a turn tonight (Pictures: ITV)The feud between Fiz Stape (Jennie McAlpine) and Tyrone Dobbs (Alan Halsall) kicked up a notch in Coronation Street tonight as Fiz looked to Adam Barlow (Sam Robertson) for help in a custody battle.
Alina (Ruxandra Porojnicu) wasn’t hesitant in telling Ronnie (Vinta Morgan) about her and Tyrone’s recent sexy photo shoot but things were brought to a halt when Fiz stormed over, demanding Tyrone provided money for Hope’s zoo trip.
After getting a call from school about Hope misbehaving again, Tyrone had to ask Alina to pick her up.
Heading home, Hope took her mood out on Alina and ran into the road, right in front of Ronnie’s car.
Fiz approached and, just as suspected, Hope pinned the blame on Alina and lied about what she said to make her look like the bad person.
Angry and riled up, Fiz told Tyrone she would be putting a consent order in place for the girls’ safety. A frustrated Tyrone tried to tell Fiz that Alina isn’t irresponsible, but as per, they couldn’t come to an agreement.
Another argument ensued which led to Tyrone pointing out that Ruby is his daughter and not Fiz’s.
With her emotions all over the place, one final blow came after Fiz read a message and realised Tyrone had taken out a sum of money from the joint account.
Thinking he was searching for a lawyer, Fiz spoke to Adam once more, telling him she needs his help.
Fiz is determined to go through with her custody battle, but how will it play out?

Will Tyrone lose access to Hope and Ruby?
Just how nasty are things about to get?
If you’ve got a soap or TV story, video or pictures get in touch by emailing us soaps@metro.co.uk – we’d love to hear from you.
Join the community by leaving a comment below and stay updated on all things soaps on our homepage.