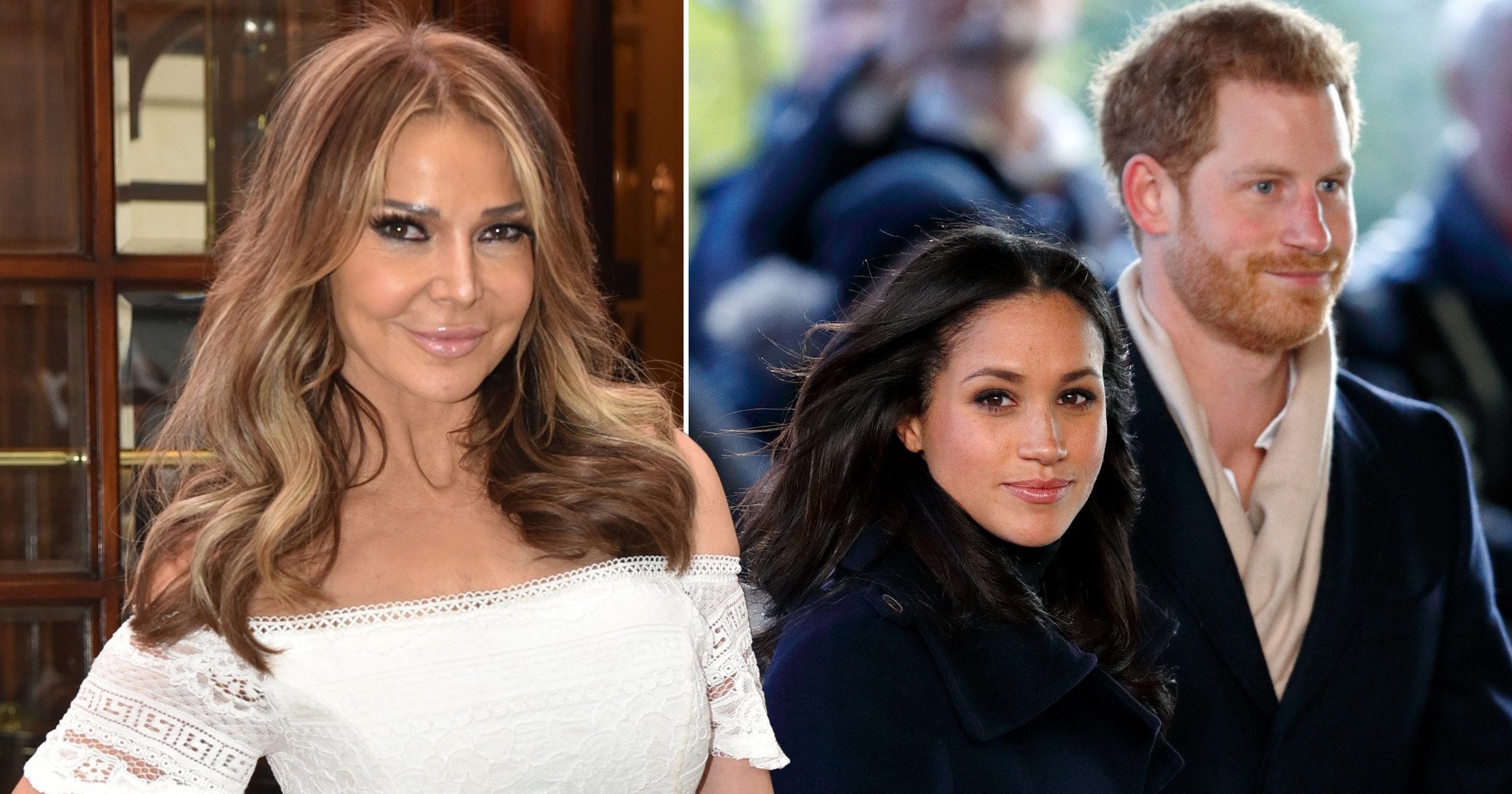 Lizzie Cundy (left) is convinced Meghan Markle and Prince Harry named their baby after her, not the Queen (Picture: Rex/Getty)Lizzie Cundy has revealed she believes the Royal baby was named after her rather than the Queen – despite not having spoken to Meghan Markle since 2017.
The TV personality, 53, shared her surprise at finding out Meghan and Prince Harry had called their child Lilibet Diana, as ‘Lilibet’ was her own nickname at school.
Lizzie told OK! magazine: ‘I was called Lilibet. It’s short for Elizabeth. It was my nickname at school!
‘Thank you Meghan. You ghosted me – and now you’re calling your child after me.’
Lizzie claimed that she and Meghan used to be good friends after she interviewed the actress on a red carpet, but says the former Suits star ‘ghosted’ her in 2017 when she met Prince Harry.
She added: ‘I was quite shocked by it because it’s an unusual name. Maybe that’s her way of reaching out. But I wish them well and I think it’s wonderful.’

Lizzie Cundy had interviewed Meghan Markle on a red carpet (Picture: Newsflare/showbizsimon)The couple had named their second child after the Queen – whose father used to call her Lilibet – and Harry’s late mother, Princess Diana for the middle name.
Harry and Meghan welcomed their daughter on Friday, June 4 and the couple already share son Archie.
They announced the happy news in a statement on Sunday, saying: ‘It is with great joy that Prince Harry and Meghan, The Duke and Duchess of Sussex, welcome their daughter, Lilibet ‘Lili’ Diana Mountbatten-Windsor, to the world.
More: Prince Harry

‘Lili was born on Friday, June 4 at 11:40am in the trusted care of the doctors and staff at Santa Barbara Cottage Hospital. Both mother and child are healthy and well and settling in at home.’
As much as Lizzie might think Lilibet is a tribute to her, there’s no doubting the sweet name is in honour of the tot’s great-grandmother instead.
If you’ve got a celebrity story, video or pictures get in touch with the Metro.co.uk entertainment team by emailing us celebtips@metro.co.uk, calling 020 3615 2145 or by visiting our Submit Stuff page – we’d love to hear from you.
For more stories like this, check our entertainment page.
Follow Metro.co.uk Entertainment on Twitter and Facebook for the latest celeb and entertainment updates. You can now also get Metro.co.uk articles sent straight to your device. Sign up for our daily push alerts here.