IMPACT Wrestling: Sami Callihan fired after Against All Odds attack 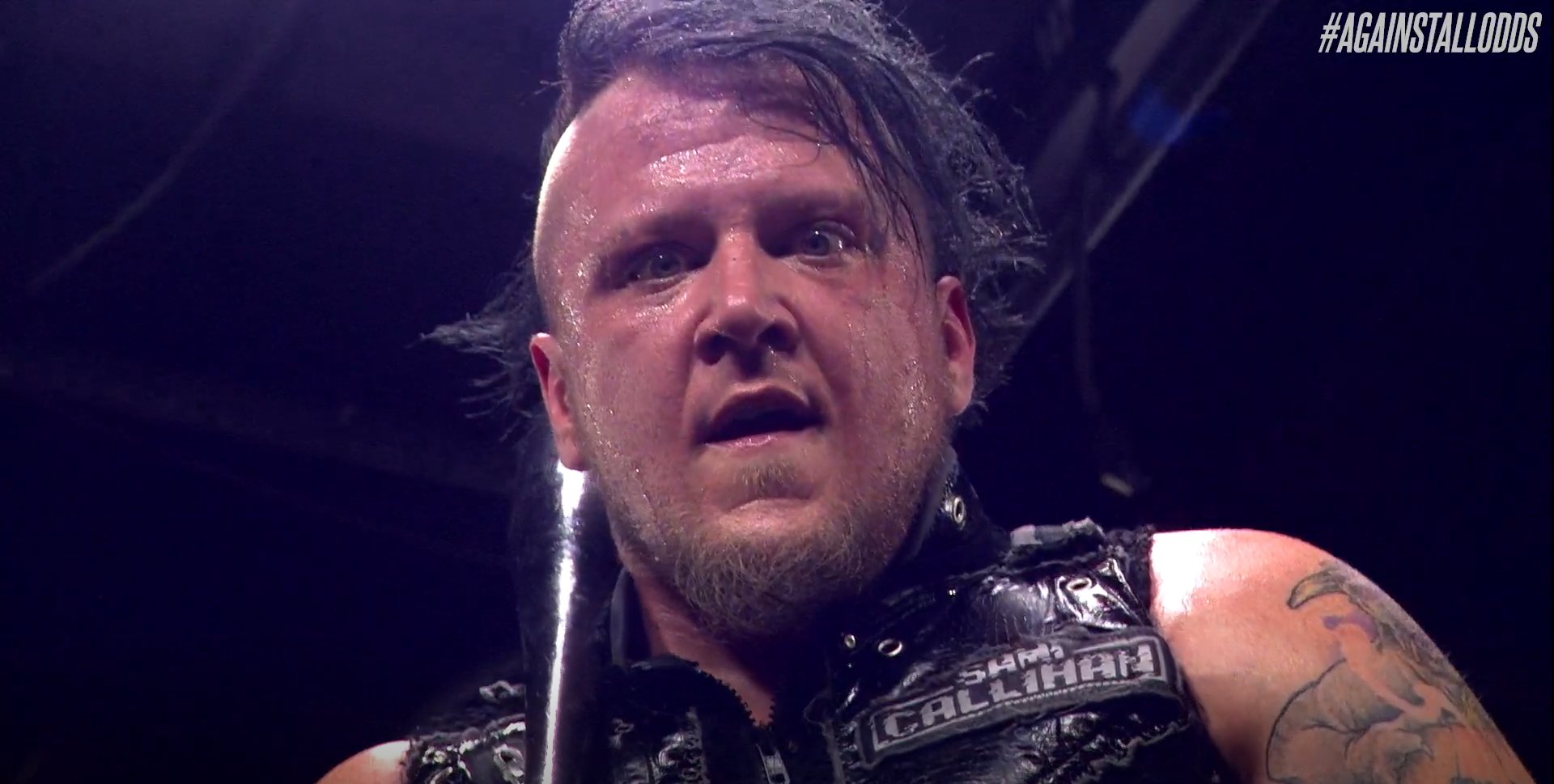 Callihan made his presence felt (Photo: IMPACT Wrestling)IMPACT Wrestling: Against All Odds ended on a major bombshell as Don Callis fired Sami Callihan.
The unpredictable star made his presence felt after the Young Bucks helped Kenny Omega defeat Moose – and it cost him his job.
Saturday night’s IMPACT Plus event was headlined by a spectacular bout between Omega and his challenger for the IMPACT Wrestling World Championship, with the match being held at Daily’s Place.
The special setting meant the champ couldn’t rely on the Good Brothers, who were at the regular venue for Against All Odds as they lost to Callihan and Tommy Dreamer in a Street Fight earlier on.
However, Omega and his right hand man Callis had an ace up their sleeve in the form of Matt and Nick Jackson, with the AEW Tag Team Champions helped the promotion’s world champion defeat Moose in a high stakes match.
After Omega sealed the win with the One-Winged Angel, Sami hit the ring to attack the Bucks and lock his sights on Kenny with a baseball bat.
However, Callis – who is still a vice-president at IMPACT – shocked everyone by sacking the star before he could do too much damage.

With Omega retaining, he’s set for a championship showdown against Callihan at Slammiversary next month, so it will be interesting to see where things go from here, particularly on Thursday evening.
Elsewhere, Joe Doering looked very strong as he beat Japanese wrestling legend Satoshi Kojima in a pretty dominating performance.
Over in the X-Division, five former champions – Chris Bey, Petey Williams, Rohit Raju, Ace Austin and Trey Miguel – delivered an absolutely fantastic bout only hampered by its ending.
Miguel looked primed for a win, but Madman Fulton came out and dominated everyone, trying to help Austin to victory but the referee ruled the chaotic match a no contest.
Meanwhile, former WWE star W. Morrissey looked like an absolute star as he defeated Rich Swann in a brilliant match that proved his has truly arrived as a top-level talent.
More: US TV news

We also saw Tenille Dashwood earn a big win over Jordynne Grace in a fun bout, while Fire ‘N Flava duo Tasha Steelz and Kiera Hogan retained their Knockouts Tag Team Titles over Susan and Kimber Lee.
Violent By Design’s Rhino and Deaner also retained duos gold as Eric Young helped his teammates to victory over Decay’s Black Taurus and Crazzy Steve.
And finally, the Knockouts Championship was on the line as Deonna Purrazzo retained in a very fun bout with Rosemary.
If you’ve got a celebrity story, video or pictures get in touch with the Metro.co.uk entertainment team by emailing us celebtips@metro.co.uk, calling 020 3615 2145 or by visiting our Submit Stuff page – we’d love to hear from you.
For more stories like this, check our entertainment page.
Follow Metro.co.uk Entertainment on Twitter and Facebook for the latest celeb and entertainment updates. You can now also get Metro.co.uk articles sent straight to your device. Sign up for our daily push alerts here.