James Charles comeback: What did YouTube star say as he returns again? 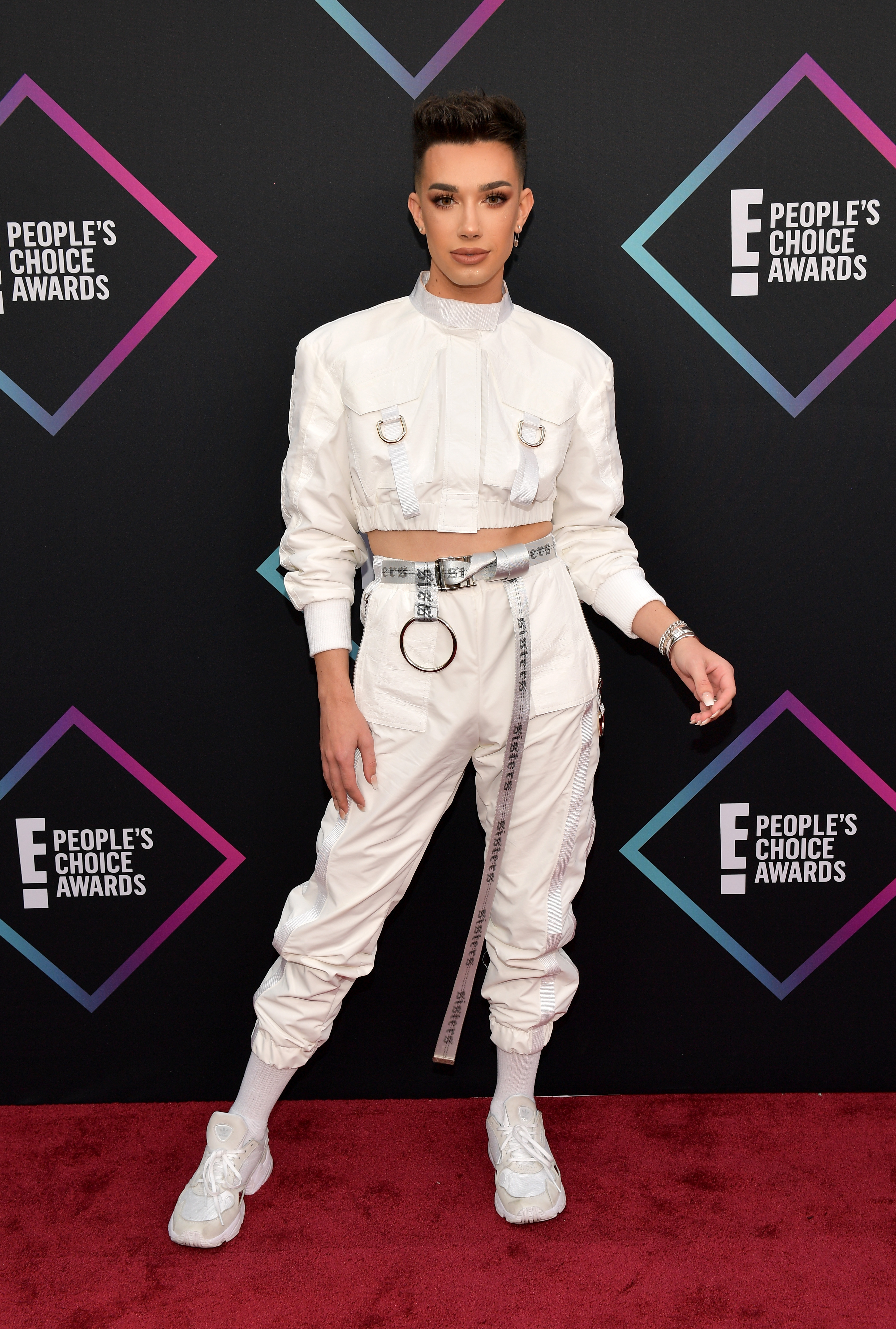 James Charles has returned to YouTube again after his last video, in which he admitted to messaging 16-year-olds and promised to ‘hold himself accountable’.
In his previous video, which has now been deleted from his channel, the makeup YouTuber explained that he had been speaking to the teenagers, who he said initially claimed they were 18, before stopping when he found out their real age.
The lengthy video was uploaded in April this year, with his channel being demonetised shortly afterwards.
James has again faced backlash for his newest video, which saw him speaking out while doing a makeup look, with some arguing that he should no longer have a platform on YouTube.
So what did he say?
‘Holding himself accountable’
James began the video by saying he’s been holding himself accountable and ‘working on himself’ since his last video.
He said he’s been self-reflecting and looked back on his last video, describing it as a ‘mess’.
He said he knows a ‘get ready with me’ video may not be the most ‘appropriate’ format for a serious conversation but feels like it helps him calm down and get his words out properly.
‘Clarifying the situation’
James went on to recap the situation, speaking about the two teens who came forward. He said it was ‘1000%’ his responsibility to check the age of anyone he spoke to and he ‘failed to do that’.
The YouTube star clarified that he doesn’t feel it’s ‘just another scandal’ he can move on from.
‘This has been the worst but most important wake up call of my entire life,’ he admitted, also describing it as ‘the most embarrassing thing to ever happen to me.’
He insisted he has made progress in the past couple of years and apologised to viewers.
‘I am so, so sorry for disappointing you guys and letting you down once again,’ he went on, saying he knows that the accusations are going to follow him through his career.

James has a following of more than 25million (Picture: FilmMagic)‘False allegations’
While the YouTuber said he’s happy to apologise for what he did do, he says he believes he should be able to defend himself against things he didn’t do, with the star saying many false allegations have been shared.
James referenced a list circulating online which referenced the ’20 victims of James Charles’, – he described it as ‘completely, unequivocally’ not true.
He said there were many conversations taken out of context, and many that have been edited and never actually happened in the first place. James added that he has been making himself ‘too accessible’ to anyone who wanted to speak to him.
He went on to say that he wishes he could go back and unmake the jokes he made about straight men and dating, but added that he still deserves privacy like everyone else, after people started posting screenshots of their conversations with him online.
‘Now we’ve got to a point where people are completely faking conversations from beginning to end that contain incriminating content and they’re going really, really viral and nobody thinks twice about them or knows what to believe,’ James claimed.
James added that he would not be including any screenshots or ‘receipts’ in his video.

He has deleted his previous video (Picture: Getty Images)Dating
In his last video, James described himself as ‘desperate’. He has now said he doesn’t think it was the right word to use, and he doesn’t want that to seem like an excuse.
He said he was convinced he could lead a ‘Hannah Montana’ type life, being able to be a big internet personality but also able to be seen as a normal person when he’s speaking on dating apps.
‘I am so angry with myself that I was ever this delusional to think that it was possible,’ he admitted. ‘It’s a lovely thought and a lovely idea but the reality is they’re the same person.’
James added that he has asked everyone he’s spoken to in a romantic manner for ID since his last video and that it’s been ‘working great’ but that he needs to do more to protect his privacy and safety.
James also said he has had people on dates taking photos of him without him realising, and when he once asked a man to leave his home after feeling uncomfortable, the man hit him.
The future
After viewers have suggested to him that he should just ‘date a celebrity’, James said he would love to as someone with a following would understand him more but said there are very few gay men around his age with a public following in LA.
He said he’s going to be more careful and patient moving forward but still wants to meet new people and eventually find love.
James went on to say that he’s working on himself and hopes to share that with his audience, before going to to speak about the makeup look in the video.
More: US Showbiz news

Reaction
James has come under fire again for his latest video, with many taking issue with him doing a makeup look while talking about such a serious issue.
Others have spoken out about him deleting his apology video from his channel.
One viewer wrote: ‘The fact that james charles made an apology video on april 1st and took it down says it all, while another added: ‘Not james charles talking about his inappropriate behaviour w/ minors while doing a makeup look.’
‘How do you hold yourself accountable, but then delete the video of you holding yourself accountable? (James Charles),’ one more asked, while another said: ‘It’s so hard to know when influencer apologies are genuine and when people are actually working on themselves vs. when they’re actually just trying to salvage their reputation :/ i hope it’s the former.’
Got a story?
If you’ve got a celebrity story, video or pictures get in touch with the Metro.co.uk entertainment team by emailing us celebtips@metro.co.uk, calling 020 3615 2145 or by visiting our Submit Stuff page – we’d love to hear from you.