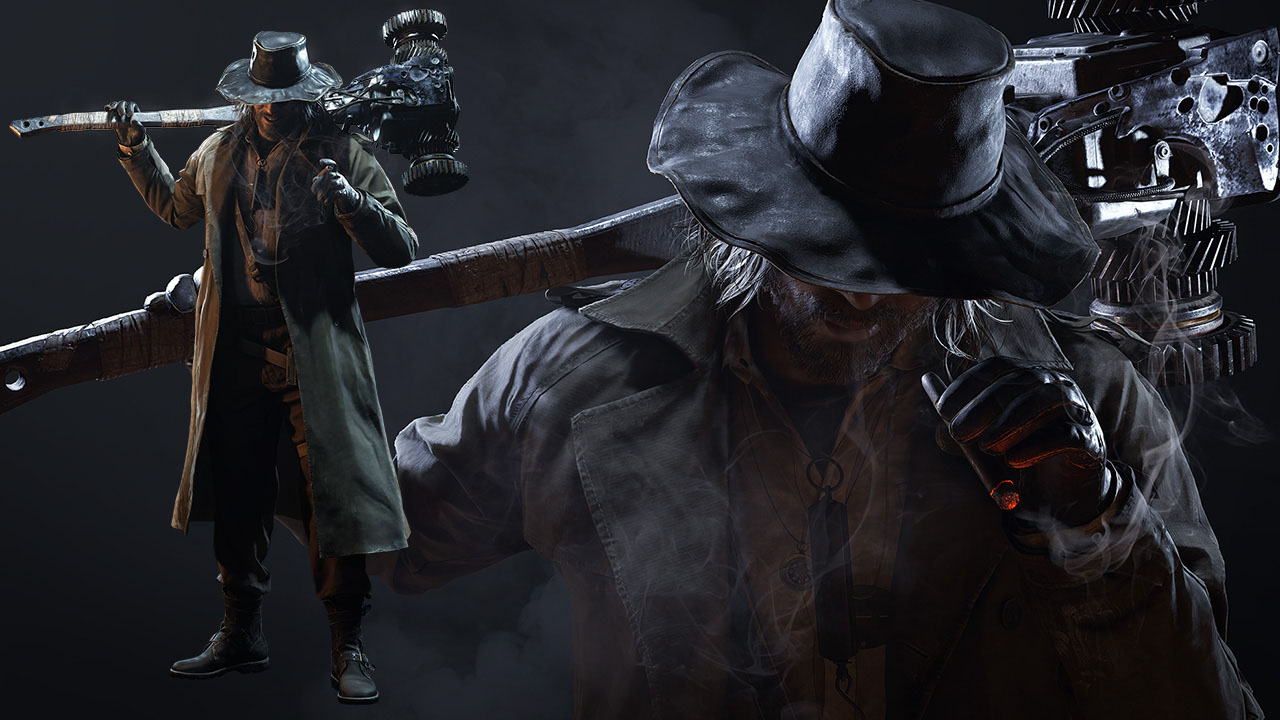 Heisenberg isn’t a knock-off but what about his creations? (Picture: Capcom)The director of Frankenstein’s Army believes Capcom has blatantly copied the design of one of the film’s monsters for Resident Evil Village.
Resident Evil Village has already proven a major success for Capcom, with solid reviews and strong sales. However, there is one person that isn’t thrilled with the game, because he thinks it has plagiarised his work.
Director Richard Raaphorst, in a LinkedIn post, has accused Capcom of using a monster design he came up with without his permission.
Since the game is still new and there’s every chance some of you haven’t completed it yet, we will issue a spoiler warning here before going into further detail.
The enemy in question is Sturm, otherwise known as Propeller Head, a creature whose entire torso has been replaced with a giant propeller.
Raaphorst’s film, Frankenstein’s Army, released in 2013 and also featured a monster with a similar design to Sturm. At the very least, both monsters share the concept of a creature with a plane propeller for a head.
The thread continues to make other comparisons between some of Village’s creatures and the monsters from Raaphorst’s film. Raaphorst certainly believes that Capcom has stolen his ideas, commenting ‘This is worse than I thought. First I felt angry, then proud, but now I see this, I feel sad.’
He’s certainly not the only one. A few of the top comments on this YouTube video of the Sturm fight directly compare it to Frankenstein’s Army as well.
The plot of Frankenstein’s army takes place during the final days of the Second World War and involves Soviet troops fighting against an army of undead mechanical monsters which have been created by a mad scientist.
The Resident Evil monsters that are at the centre of the accusations are human/machine creations controlled by Heisenberg, one of the game’s main villains.
Heisenberg himself shares his name with a German theoretical physicist who greatly contributed to Germany’s nuclear weapons program during the Second World War.
More: Gaming

The creatures aren’t identical though – Sturm has no arms and his propeller blades are actually chainsaws – so it could easily just be a coincidence, especially given how obscure the movie is and the fact that both game and film look like low-tech Borg from Star Trek.
It’s unlikely that the accusations will hurt the game’s sales as it’s already number one in the UK retail charts and is the third biggest PlayStation 5 launch so far in the UK.
At the time of writing, Capcom has yet to issue a comment about the plagiarism accusations.
Resident Evil Village is available on PlayStation 5, PlayStation 4, Xbox Series X/S, Xbox One, PC, and Stadia.

MORE : How to play the Resident Evil franchise in as few games as possible

MORE : Resident Evil Re:Verse has been delayed to this summer – as if anyone cares