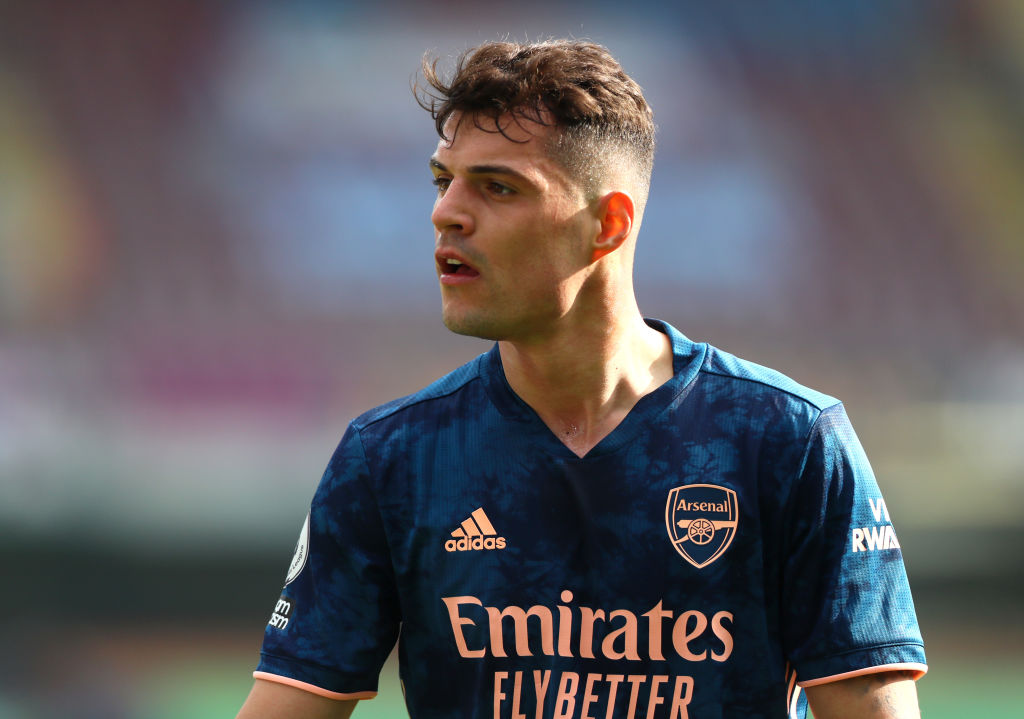 Roma are in talks to sign Granit Xhaka from Arsenal (Picture: Getty)Roma are preparing a second offer for Granit Xhaka after their initial bid fell significantly short of Arsenal’s asking price.
Jose Mourinho is keen to make the Switzerland international the first signing of his reign following his appointment as Paulo Fonseca’s successor earlier this month.
The former Tottenham and Chelsea manager has publicly praised Xhaka in the past and the 28-year-old is said to be keen to work with Mourinho, having decided the time is right to seek a fresh challenge after five years with Arsenal.
Mikel Arteta persuaded Xhaka to remain at Arsenal after he appeared set to join Hertha Berlin 18 months ago, but will reluctantly allow one of his most trusted lieutenants depart in a bid to raise funds to help accelerate his own summer transfer plans.
The Arsenal boss has made Martin Odegaard his No.1 target after the Norwegian impressed on loan during the second half of last season from Real Madrid, while the likes of Yves Bissouma and Emi Buendia are high on his wanted list.
Roma’s opening offer, meanwhile, according to Gazzetta dello Sport came in at €13million, including bonues, some €7m short of the north London club’s asking price.
The Giallorossi finished seventh in Serie A last season and are unlikely to be able to spend big in the summer and could offer Arsenal a player of their own to help get a deal for Xhaka over the line.
More: Arsenal FC

Arsenal were linked with Amadou Diawara during Unai Emery’s tenure and Roma are said to be willing to include the Guinea midfielder in their next offer for Xhaka.
The former Borussia Monchendgladbach skipper, meanwhile, has linked up with Switzerland’s squad ahead of the European Championships and would ideally like his future sorted before the tournament gets underway next month.