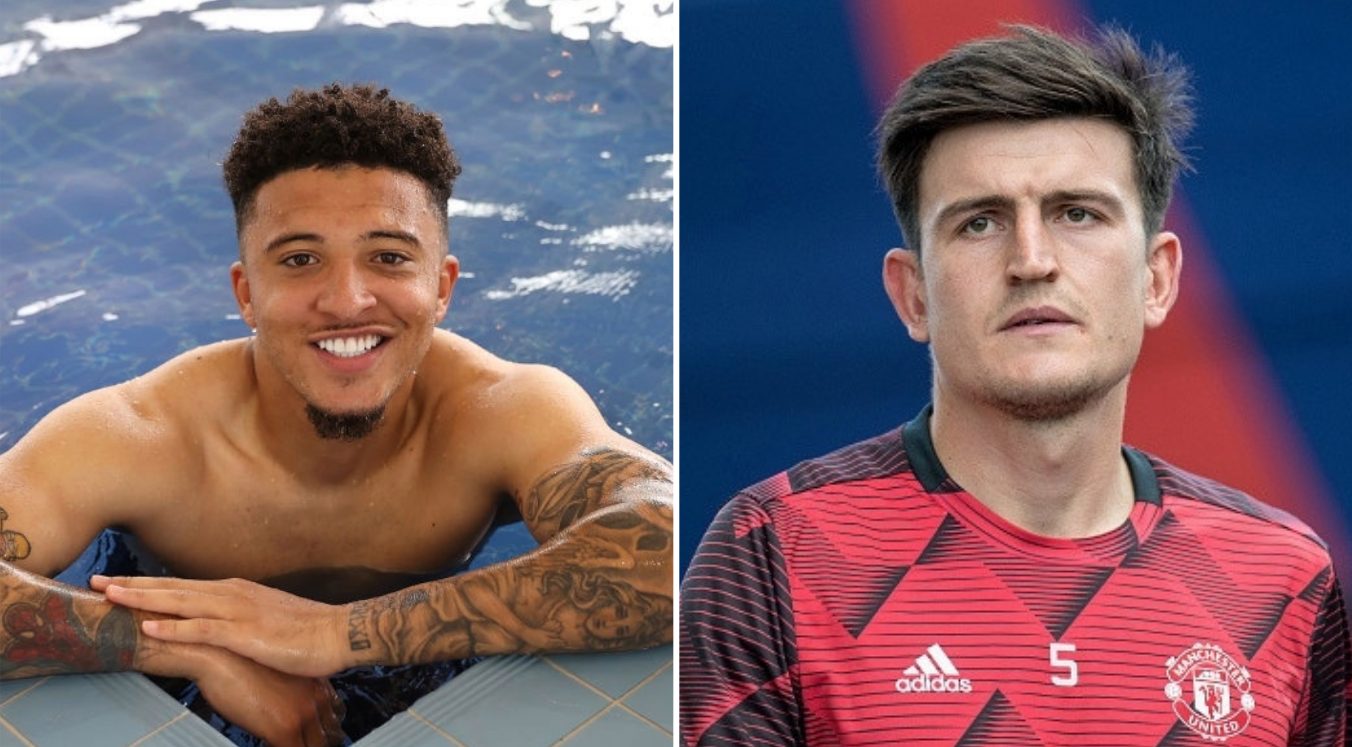 Harry Maguire has reacted to Manchester United’s transfer deal for Jadon Sancho (Pictures: Getty)Manchester United captain Harry Maguire is confident Jadon Sancho will have a ‘great career’ at Old Trafford following his £73m move from Borussia Dortmund.
Sancho will become a Red Devils player in the aftermath of England’s Euro 2020 campaign after Dortmund finally agreed to sell him to Premier League giants United.
Having thrived for club and country over the past few seasons, Sancho will be expected to hit the ground running at Old Trafford and Maguire expects him to be a hit.
The Manchester United captain said: ‘When he does sign, I’m sure he’s going to have a great career for United and be a big part of us being successful in the future.
‘Jadon’s a top player. He has exceptional talent even though he is still really young, although he has played so many games.
‘We’ve got some exceptional talent in his position in this England team so Jadon will bide his time, be patient and be ready when his opportunity comes.
‘I’ve been really impressed with the way he has been working in training. He’s really putting a shift in day in day out.
‘He has some great talent. He is scoring goals in the five-a-sides and so on. He’s a great lad.’
Manchester United first began tracking former Manchester City academy star Sancho two years ago and had multiple bids for the 21-year-old rejected last summer.
Ole Gunnar Solskjaer is now finally set to welcome Sancho to the Theatre of Dreams, however, and club legend Denis Irwin is excited about his imminent arrival.
‘He’s a fantastic player,’ Irwin, who won seven Premier League titles and the Champions League at Manchester United, told MUTV this week.

Sancho is set to sign a five-year deal at Old Trafford (Picture: Getty)‘I mean you look at the Bundesliga last year and the amount of goals and assists he made for Borussia Dortmund.
‘He’s got good experience, even though he’s a young lad, as Dortmund are a big team with big support, they’ve got great support there.
‘It’s great that he comes in and knows the Premier League and knows the surroundings in England. He should be able to slot in straight away and I am really looking forward to watching him play.
‘He gives Ole more options, definitely more competition, as he’s a quality player. We’ve not seen much of him at the Euros, as of yet, but he is very, very clever.

‘He has great pace as well and an eye for goal. I think, to play in a front-three, you’ve got to have an eye for goal and he’ll certainly add to that.
‘He can play in a number of positions but he often plays in a front-three on the right for Dortmund.
‘As I said, if you’re going to play in a front-three, you have got to have the ability to score goals. You can’t rely on the centre-forward all the time.
‘He brings that and brings excitement. He gets the ball, is quick and direct, and I’m really looking forward to that. I really am.’
More: Manchester United FC