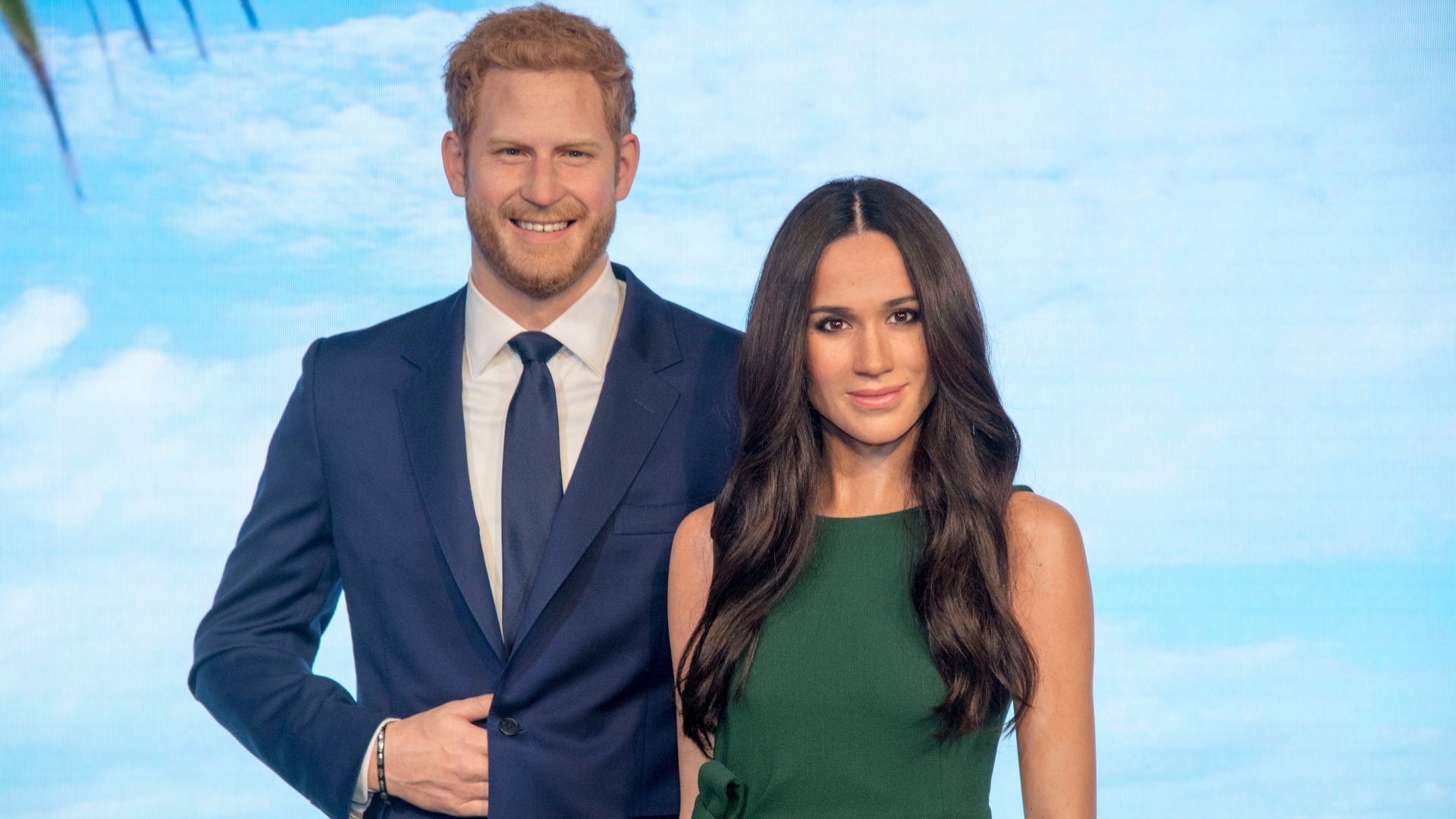 As you know, it’s been over a year since Prince Harry and Meghan Markle decided to leave the royal family and move to California. With that being said, while the famous couple has started a new life separate from the monarchy, so have now their wax figures at Madame Tussauds! That’s right, according to some reports, Harry and Meghan’s identical wax versions have been moved away from the Royal Family display and into the Hollywood section! RELATED: Queen Elizabeth Issues Hopeful Statement Amid Coronavirus Pandemic A rep for the famous wax museum released a statement on this via Reuters, telling the news outlet that the figures have been moved precisely to mirror their real life decision to relocate. ‘Harry and Meghan have moved – Madame Tussauds London has now also moved the figures of Prince Harry and Meghan Markle to their new Awards Party zone to reflect their move from Frogmore to Hollywood.’ Now, Meghan and Harry’s wax figures are located in front of glittery marquee lights and have also gotten a makeover, rocking outfits just like the ones they wore in real life in those viral pictures of the couple sharing an umbrella during a rainy day! RELATED: Meghan Markle Says She’s ‘So Glad’ To Be Back Home In The U.S. ‘For So Many Reasons’ – Shading Her Time In The U.K.? As mentioned before, this comes around a year after Harry and Meghan announced their departure from the royal family. The couple decided to take their son and move to the United States, requesting an official split from the U.K. monarchy and renouncing some of their titles and responsibilities that came with them. That is also when the wax figures were first separated from the other figures of the Royals but the current, and hopefully, final arrangement came much later, time during which they were moved multiple times. As per The Independent, it took over a year to find their final display space and at some point, the museum even split the couple, placing Meghan’s figure with other Hollywood celebs and Harry’s with his blue blooded family.