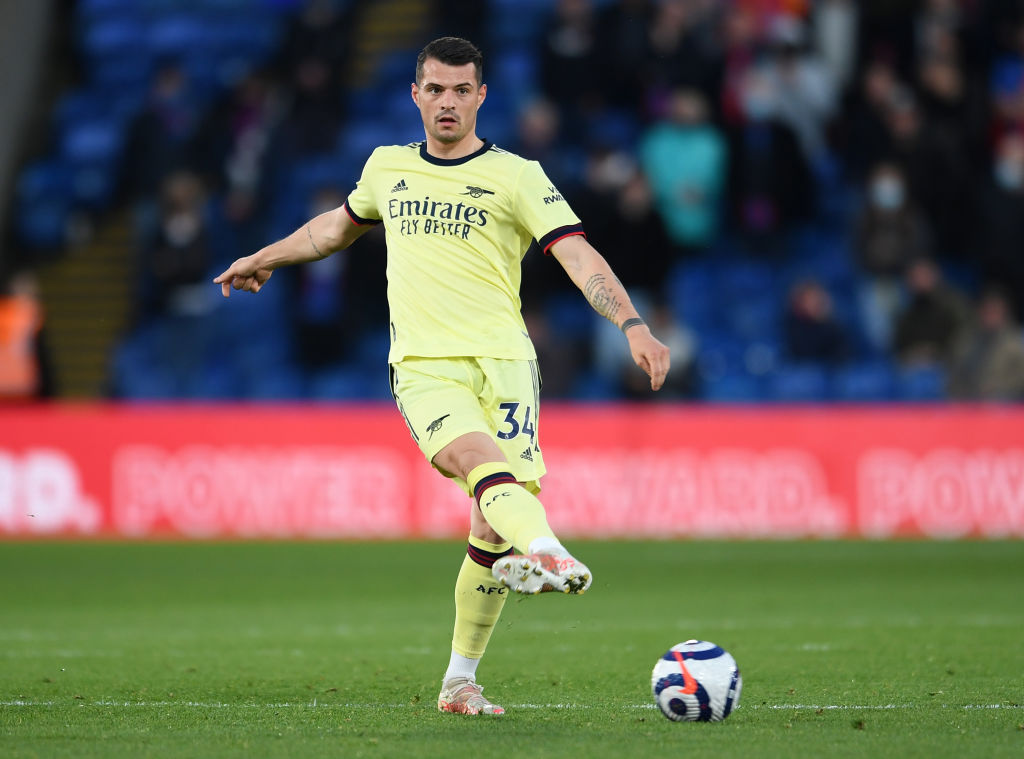 Bellerin is the club’s current longest-serving senior player (Picture: Getty Images)Sol Campbell says senior Arsenal players Hector Bellerin and Granit Xhaka should not be sold this summer amid speculation linking them both with exits from the club.
Mikel Arteta is expected to carry out a rebuild of his squad this summer following a second successive eighth-placed finish in the Premier League.
Without European football for the first time in a quarter of a century, it is likely that the Gunners will have to sell a number of players in order to raise funds to improve the team.

Xhaka has been strongly linked with a move to Mourinho’s Roma (Picture: Getty Images)Bellerin and Xhaka are said to be among a number of senior squad members who are eyeing their departures in the upcoming transfer window.
26-year-old right-back Bellerin, the club’s current longest-serving player, has been linked with the likes of Real Betis and Atletico Madrid in La Liga.
Meanwhile, Arsenal have reportedly opened talks with Roma over a deal for Switzerland international Xhaka, who recently opened the door to linking up with Jose Mourinho at the Serie A club.
Following the departure of veteran David Luiz, Campbell believes that Arsenal can’t afford to let Bellerin and Xhaka go as well, given the experience and knowledge that they can transmit to the younger players coming through.
Speaking to Ladbrokes at the launch of their new European Championships 5-a-side Bet, Gunners legend Campbell said: ‘Who is going to change Arsenal Football Club? I think they need to have a look around the place at some of the senior players there.
‘Do they keep a couple of players around to help bring on the youngsters?
‘You can’t just go and get rid of all of your experienced players.
‘I see the likes of Hector Bellerin and Granit Xhaka being linked with moves away but both have been a core part of that team for some time now.
‘You don’t want to sever ties completely with players like that because otherwise there’ll be no one around who can teach new signings and younger players the ways of the club.
‘Hector [Bellerin] has been a fantastic player for Arsenal, [Granit] Xhaka has been great as well.
More: US

‘If it’s a matter of keeping people around for another year or so, you may as well keep hold of those two as they know the club inside out.
‘David Luiz is gone now. Is he another one that could’ve stuck around? I don’t know, but obviously the club and player have made the decision to part ways.
‘If you start taking too many of those names out, who is going to teach the youngsters what it means to play for Arsenal? I personally think Bellerin and Xhaka will stay on for another year.’